Slamdance Review: Queen of the Capital 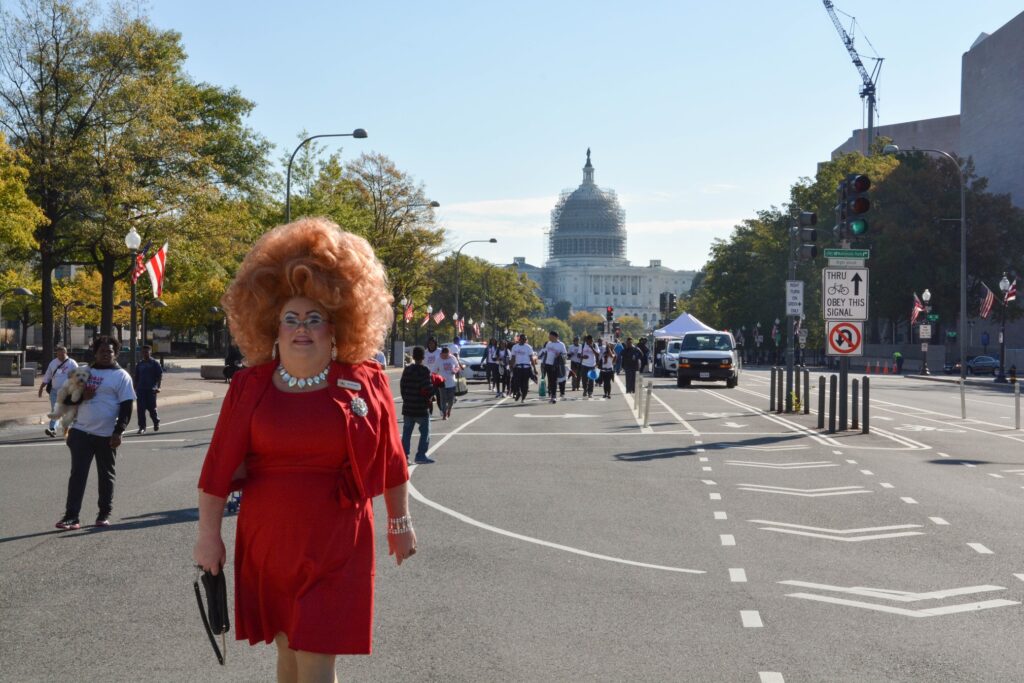 Years ago, the idea that drag culture would someday enter the mainstream seemed fairly absurd, much like most of the tremendous progress that the LGBTQ community has made. For some, drag is a fun way to spend an evening. Others have built their entire communities around drag, finding family when their biological ones have turned them away. The documentary Queen of the Capital showcases the way that drag has served as the pillar of a gay community in Washington, D.C.

Daniel Hays works for the Department of Labor, a stable government job that provides a decent life. That’s not his true calling. Hays’ drag persona Muffy Blake Stephyns has a thick Southern accent and hair that stretches to the heavens.

Queen of the Capital largely centers around Muffy’s quest to be elected “Empress IV” of the Imperial Court of Washington, a nonprofit made up of drag kings and queens largely centered around charity work. Campaigning for the Court is no easy task, as those elected are expected to serve as fundraising powerhouse for the group for their one-year term. Naturally, there’s a fair amount of pageantry involved as the film depicts.

Muffy is a compelling protagonist for the documentary. Daniel shares a lot about his personal life, from his time as a drag performer to the health issues and depression he’s faced along the way. For Daniel, drag is the center of his whole world.

The film also spends time explaining the history of the Court and various figures who helped cement its status in D.C. This aspect of the documentary is particularly compelling, a strong reminder of how far gay rights and acceptance has come in this country. It really wasn’t all that long ago when men could be arrested for wearing women’s underwear.

Queen of the Capital is an intimate kind of documentary. Muffy is not a household name by any means. The scope of the film drives home the familial bonds of drag communities. You don’t need to know who Muffy is to feel warm inside at the loving nature of the Court that cares for its own.

The appeal of the documentary largely rests of how you feel about drag as a whole. Fans of drag will find much to enjoy in the narrative’s way of bringing out the humanity of the artform. Skeptics will likely not find much to sway their minds. The Court isn’t a very big charity, either in its membership or its fundraising power. Despite this, Queen of the Capital manages to present a compelling narrative through the caring lens it shines on the nature of drag to bring people together.

queen of the capital slamdance