Star Wars: The Rise of Skywalker Sinks in Familiar Territory 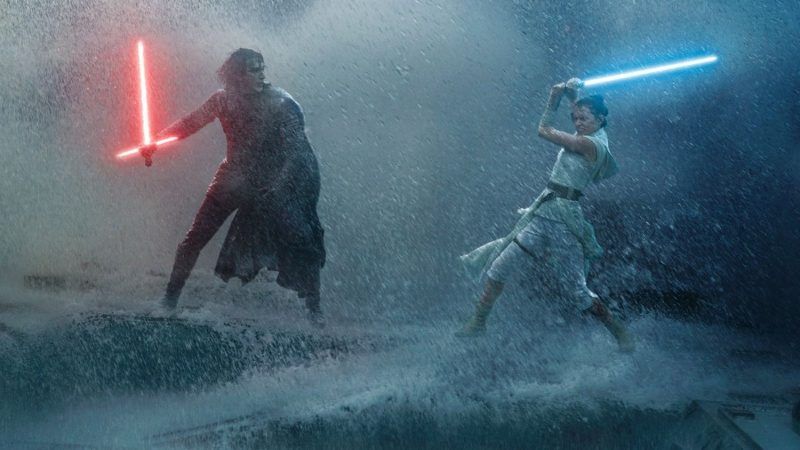 There’s a line in The Last Jedi where Kylo Ren is practically addressing the entire Star Wars fandom. The suggestion to, “Let the past die. Kill it if you have to,” is good advice for a franchise perpetually in love with its own lore. The sequel trilogy was designed to introduce new characters into the mix, even as the films themselves often looked like remakes of earlier, better material.

The return of J.J. Abrams to the director’s chair suggested a change in course from Rian Johnson’s mandate in The Last Jedi to let go of that which came before. The Rise of Skywalker is a film all about the past. From the many cameos to the mirroring of earlier narratives, it’s hard to even discuss the film on its own merits, for it doesn’t really have any. The Rise of Skywalker is more like a greatest hits compilation than an actual movie.

Rey, Finn, and Poe were all introduced as characters with the potential to carry the franchise to fresh worlds and new adventures. Daisy Ridley, John Boyega, and Oscar Isaac all have obvious chemistry, characters brought together by a shared desire to belong to something greater than themselves. There could have been a point in time where a great trilogy could have been crafted all about these characters, and their adorable spherical droid companion BB-8.

The sequel trilogy always struggled to juggle its many pieces. There are the old characters, the new characters, the older plot, and the minor deviations the new narratives take to differentiate themselves just enough to justify their existence. The Rise of Skywalker can’t plot its own course because Abrams never allows it to stray too far from familiar territory. It’s hard to tell your own story when you have to squeeze in so much of earlier Star Wars lore as well.

The film does handle Carrie Fisher’s death quite well, making the most of mere minutes of footage left over from the previous two entries. It would be quite difficult to wrap up the “Skywalker saga” without Princess Leia. Abrams honors Fisher’s legacy in a way that feels vital to the narrative.

The same holds true for most of the other legacy characters. After being mostly sidelined for the past two films, C-3PO and R2-D2 each get multiple moments to shine. Anthony Daniels gets plenty to work with as everyone’s favorite mildly annoying golden protocol droid. Billy Dee Williams brought plenty of his signature charisma to Lando Calrissian, absent from the films since Return of the Jedi. Even Chewbacca (Joonas Suotamo, who took over from Peter Mayhew who died earlier this year) gets a meatier plotline than previous entries.

Star Wars means a lot of different things to its large fandom. There are those who appreciated Rian Johnson’s efforts to plot a new course for The Last Jedi and there are those who loathe what the film did to Luke Skywalker. Plenty of people enjoyed Abrams’ The Force Awakens, which often felt like a straight remake of A New Hope.

The Rise of Skywalker understandably carries the most appeal to fans who want a nice heavy helping of nostalgia to go with their space battles and laser sword fights. The biggest problem with this entire approach is that it robs the new characters of any chance to stand on their own feet. Rey may be the hero, but this isn’t really her movie. It’s not Luke’s either, or Leia’s or Han’s, or any other possible person the film may try and make you remember. It’s the past’s movie, your childhood memories brought back to life for the sake of another ticket sold.

Star Wars used to make its audiences’ collective jaws drop, with stunning technological feats. George Lucas may have no skill for dialogue, but the man knew how to take people to places they’d never been before. As a child I was blown away by the sheer sight of R2-D2 on the bridge of the Tantive IV in the very first film.

The Rise of Skywalker lacks any of that wonder and awe. It doesn’t make an earnest effort to try to impress anyone. Rather, a half-hearted attempt is made to reignite the audience’s faded memories of better times with better movies. Lightning may never strike the same spot twice, but force lightning seems to only know one tired story. We’ve seen this all before.