No Safe Spaces Is a Repetitive Waste of Time 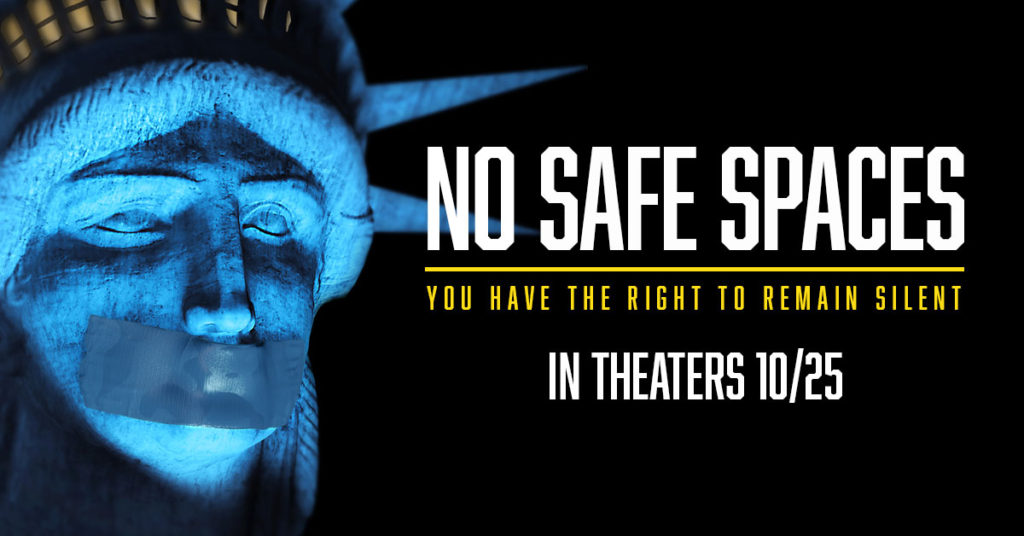 Dennis Prager and Adam Carolla have millions of supporters. Carolla’s podcast set a Guinness World Record in 2011 as the most downloaded podcast ever. Prager’s company PragerU has created videos that have been viewed more than two billion times. These men have two of the largest platforms in the world.

Watching No Safe Spaces, you’d think both men were reduced to conducting underground meetings in the dead of night, under constant siege from a world trying to silence them. The documentary is largely centered around discourse on college campuses, often populated by students who find their work odious, tiresome, and/or hateful. Using colorful footage of campus protests, the film attempts to paint the image that the First Amendment is about to crumble at the hands of those they deem “snowflakes.”

Throughout the film, Prager repeatedly denies being a homophobe. A simple Google search would suggest otherwise. Prager was a huge proponent of the preposterous theory that legalizing same-sex marriage would lead to polygamy, incest, and child brides, none of which have seen any uptick in popularity since gay marriage was legalized in 2015. Prager also made the bizarre claim that the “T” in LGBT “does not represent transsexuals,” something that would certainly be news to me as a transsexual. For a man who seems to place such a high premium on the notion of truth, it appears he has some soul-searching to do.

For a film that repeatedly stresses the importance of free speech, No Safe Spaces never really makes clear why listening to Dennis Prager adds any value to one’s life. The narrative makes clear that not letting him speak has negative ramifications, including his incessant complaining about being silenced, but there does exist an alternative. One can simply not listen to him. The longer the film drags on, the more appealing that options becomes.

Regrettably, many protests against speakers such as Ben Shapiro have led to violence or the destruction of private property. This should not happen for any speaker, bigoted or otherwise. No Safe Spaces focuses its attention entirely on the most extreme of these examples, in the process forgetting that protest itself is a practice protected by the Constitution.

To its detriment, the film opts not to engage with people who have listened to what Prager has to say and decided that they don’t find it particularly valuable. His commentary often falls into the reactionary, tone-policing nature common on talk radio. It is not unreasonable for a person to not want him to come to their university because they’re embarrassed at the thought of having him there. That notion is hardly un-American.

The film includes obligatory conservative comparisons to Stalin, Hitler, socialism, etc. Oddly enough, the film itself is critical of undercover footage of a girl who herself is being compared to Hitler for showing a Jordan Peterson video to a classroom. Free speech aside, apparently only one side gets to compare the other to Hitler.

Free speech is a pillar of American life. Despite the fear-mongering in No Safe Spaces, that is never going to change. If a few college campuses don’t want people like Dennis Prager and Adam Carolla around, so be it. The film makes a pretty good case for why students wouldn’t want to waste an evening listening to them anyway.

« Christmas Under the Stars Wastes Its Runtime on Bizarre Subplots
Rabid Is an Disappointing, Boring Remake »