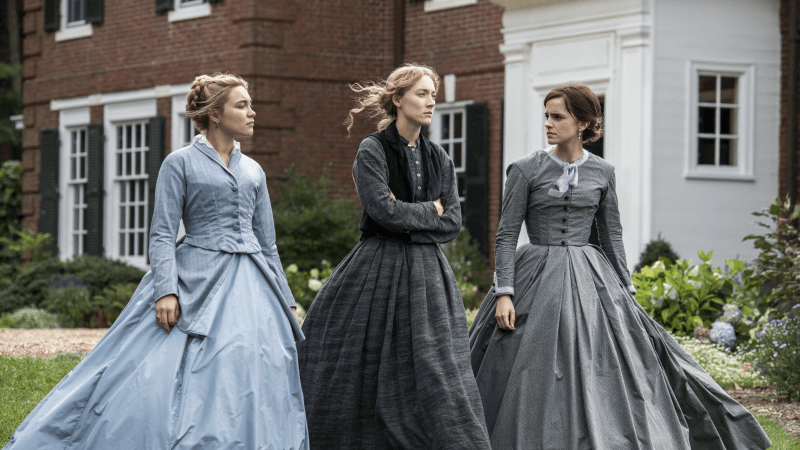 The idea of adapting a beloved classic like Little Women presents certain unique advantages and challenges. There’s a natural fanbase built in, but one of the most popular books in American history also has plenty of great cinematic adaptations already. Fortunately, director Greta Gerwig found plenty of ways to put her own unique spin on the Louisa May Alcott’s timeless novel.

Gerwig’s narrative plays with Alcott’s timeline quite a bit, largely splitting it into two distinct periods. Much of the story follows the first half of the book, set in 1861, jumping back and forth with the later events in 1868. This non-linear approach not only sets the adaptation apart from its predecessors, it also keeps the audience from explicitly knowing what’s going to come next.

There are plenty of deviations from the source material, but Gerwig keeps the core of Little Women intact. Several scenes feel more like a stageplay than a film, with the obvious glee of the actors aiding the sense that the book is being performed rather than embodied. The tone is often quite lighthearted, emphasizing fun over strict realism.

Unsurprisingly, the acting is top notch. The A-list cast delivers perfectly. As the titular “little women,” Saoirse Ronan, Emma Watson, Florence Pugh, and Eliza Scanlen have a natural chemistry, with a certain understated familial relationship. Barely any time is needed to endear them to the audience. The same holds true for Timothée Chalamet, who’s absolutely charming as Laurie.

The veteran performers in the cast, namely Meryl Streep, Laura Dern, and Chris Cooper, all put forth strong supporting efforts. Streep is one of those actresses who has a tendency to command any scene she’s in, but Gerwig deploys her Aunt March sparingly, heightening the dramatic impact Streep makes on the narrative.

The beauty of Gerwig’s interpretation stems from her strong grasp of emotion. Linear narratives often spend their runtimes building toward a payoff at the climax. Gerwig’s splintered timeline tosses plenty of powerful scenes at the audience throughout the film, opening the floodgates at moments where you least expect it.

Books have an easier time of delivering emotional payoffs, having far more time to endear the reader to the characters. Little Women has the luxury of having an audience that already loves the material, but Gerwig consistently finds new ways to use this relationship to her advantage. The film consistently celebrates the highs and lows of these sisters’ lives without feeling predictable or forced.

As with many adaptations, there’s sections of the source material that don’t get the attention that some would like. The strength of Watson and Pugh’s acting may leave many wanting to see more from Beth and Amy, but this is mostly Jo’s story. Gerwig at times lets Jo exist as a stand-in for Alcott herself, supplying timely commentary on the agency of women in an era often lacking in opportunity.

It is easy to say that the world didn’t “need” another Little Women adaptation, even after putting aside how much of today’s cinema is taken up by remakes, sequels, and franchise. Gerwig makes a strong case for why her version should be the definitive take on Alcott’s work. The film works on just about every level, a narrative that makes the book’s magic come alive consistently throughout its runtime.

« The Witcher Is Thoroughly Mediocre
The Mandalorian Season One Review: Chapter 8 »