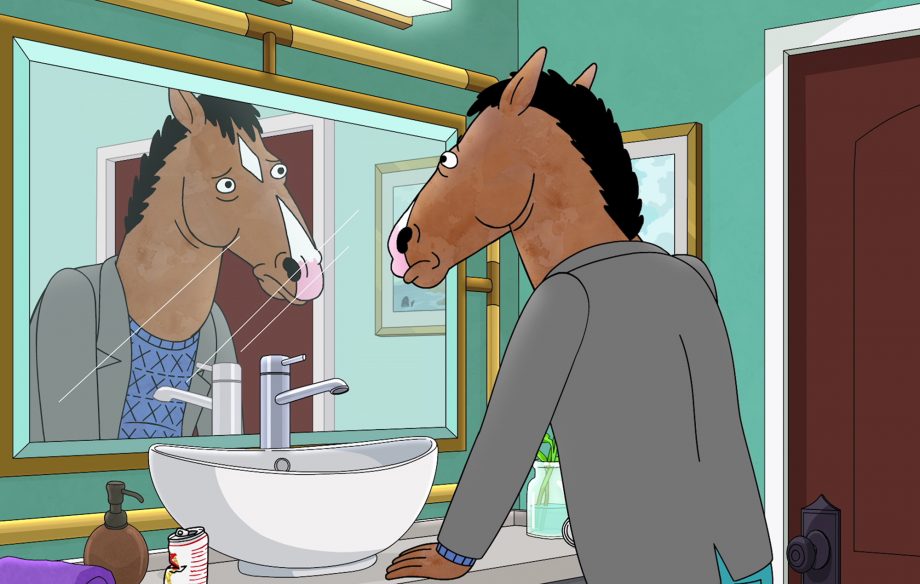 It’s hard to believe how different the TV landscape looks since BoJack Horseman made its debut in 2014. As more and more streaming services pop up to do battle, placing a higher premium on each studio’s back catalog, Bojack found itself in an unique position. Comedy Central bought the syndication rights to the comedy-drama, the first streaming series to make such a reverse commute back to cable television. As the oldest of Netflix’s Originals still making new episodes, this two-part final season brings about a contemplative aura, fitting for a show known for its honest portrayals of mental health.

BoJack Horseman has always stood apart from other animated series for its willingness to let its characters grow. Much of comedy stems from the audience’s familiarity with the figures on screen, but as a lead, BoJack has spent most of the series trying (and failing) to change. The titular horse spends much of the first part of the season still in rehab, haunted by figures from his past, but the tone is quite different. In the past, there’s a natural sense that BoJack will relapse and return to his obnoxious ways.

It’s rather remarkable that an animated show can so perfectly express the palpable fatigue present on a cartoon anthropomorphic horse’s face. BoJack looks tired. He’s ready to not be the guy that audiences have known, loved, and often been frustrated with.

Season six feels like a show ready to go out on top, lining up all its principle players for meaningful conclusions to this delightfully surreal journey. There aren’t as many completely over the top storylines, such as Mr. Peanutbutter’s ill-advised run for governor or Todd’s stint at “WhatTimeIsItRightNow.com,” but the slightly quieter tone works well for the season. BoJack still has plenty of zany antics, but the story arcs feel deliberately aimed at the end game.

This season is a massive improvement over last on the joke front. Plenty of them will sail over the heads of people who don’t live in Los Angeles or work in digital media, but there’s quite a few laugh-out-loud moments in practically every episode. BoJack also experiments with its episode narratives, unafraid to give the spotlight to minor characters.

There are a few episodes where the show feels like it is spinning its wheels from a narrative standpoint, revisiting arcs that were better off left alone. The trouble with two-part final seasons is that you get more episodes than usual, but there’s also an increased focus on the final destination. Not every episode needs to be spent driving the characters toward that goal, and some of the plotlines seem stuck in the middle.

Season six is a delight that shows how much gas BoJack Horseman still has in the tank while also making a strong case for why it’s probably time to wrap things up. Plenty of animated shows carry on indefinitely, but BoJack’s never been quite like anything else on television. Few programs have had such a keen understanding of emotion, but BoJack has always excelled at defying expectations.

« American Dharma Doesn’t Know What to Say About Steve Bannon
Markie in Milwaukee Is a Powerful, Often Unsettling Transgender Narrative »