Lady and the Tramp Is Visually Pleasing Lifeless Slog 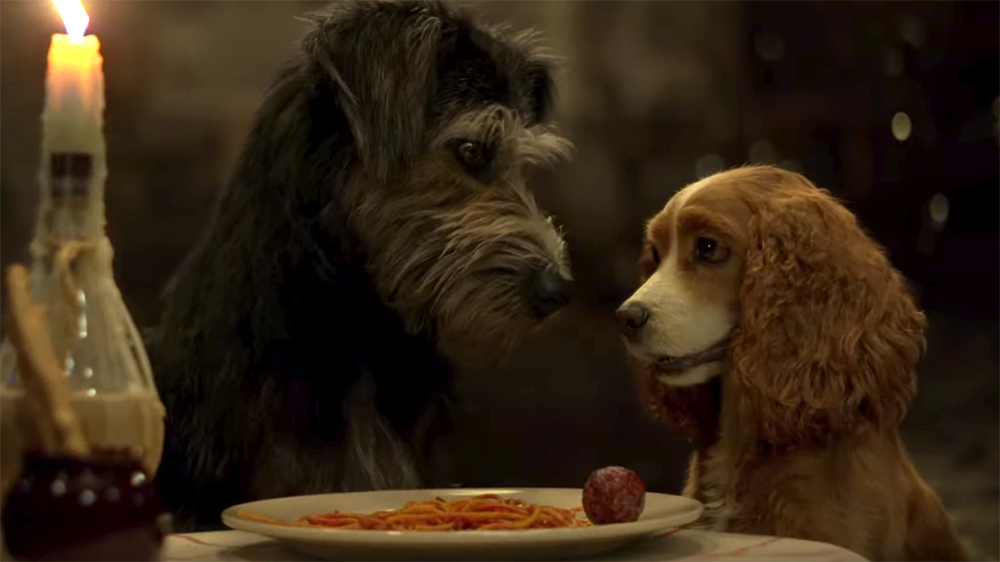 For a company known for its princesses, it’s rather remarkable that the original Lady and the Tramp remains one of Disney’s finest love stories more than half a century after its release. The film presents complex themes in a manner that can be understood by children but perhaps resonate more with their parents. After a year of highly disappointing live-action remakes that transformed their source material into bloated jumbled messes, failing to recapture the original magic, an adaptation made for Disney+ seemed like a good way to lower the stakes.

As far as aesthetics go, the 2019 Lady and the Tramp is a finely crafted film. The sets are spectacular, capturing the feel of the early 20th century in a way that feels suited for the big screen. Similarly, the acting is top notch. In particular, Yvette Nicole Brown and F. Murray Abraham look absolutely delighted to be there, giving performances that radiate their vibrant energy through the screen.

The voice cast finds itself in a puzzling position. There’s nothing inherently wrong with Tessa Thompson or Justin Theroux as Lady and Tramp. The trouble lies more with the nature of what they’re being asked to do.

The canine leads are convincing, but not particularly compelling. Using actual dogs carries a degree of authenticity that CGI can’t provide, but that also boxes the voices into a bit of a corner. Some degree of disconnect between the dogs and their human voices is to be expected, but this comes at a cost to the film’s emotional core. It’s hard to find the romance convincing when the actors aren’t capable of playing along.

Animation doesn’t really have this problem since the artists have plenty of leeway to impose human characteristics onto their subjects. With the 2019, Lady and the Tramp, the special effects department is perfectly capable of making the dogs talk, but they struggle to convey emotion in the process.

As fun as many of the human actors are, the nature of the film’s plot doesn’t give them much to do. Brown’s Aunt Sarah is a delightful villain, but she isn’t on screen very much. It’s almost as if the 2019 film expects its audience to be familiar enough with the 1955 version to superimpose their own nostalgic memories in the absence of strong character development.

The human leads aren’t really leads. Thomas Mann and Kiersey Clemons don’t do anything wrong, but there comes a point in time where the audience is supposed to care about this family. The film forgot to supply a reason.

Lady and the Tramp might be Disney’s best live-action remake of 2019. That’s not saying much. What’s most unfortunate is the idea that this is such a near miss. There’s so much to like about the way this film was constructed, from its beautiful scenery to the actors who so clearly love being a part of this timeless narrative. If only there was a heart at the center, beating life into the anemic presentation of the story.

disney disney plus lady and the tramp

« “i’m gonna make you love me” Is a Moving Portrait of a Life in Transition
The Mandalorian Season One Review: Chapter One »