The Lighthouse is a Contemplative Gem Bound to Captivate and Terrify 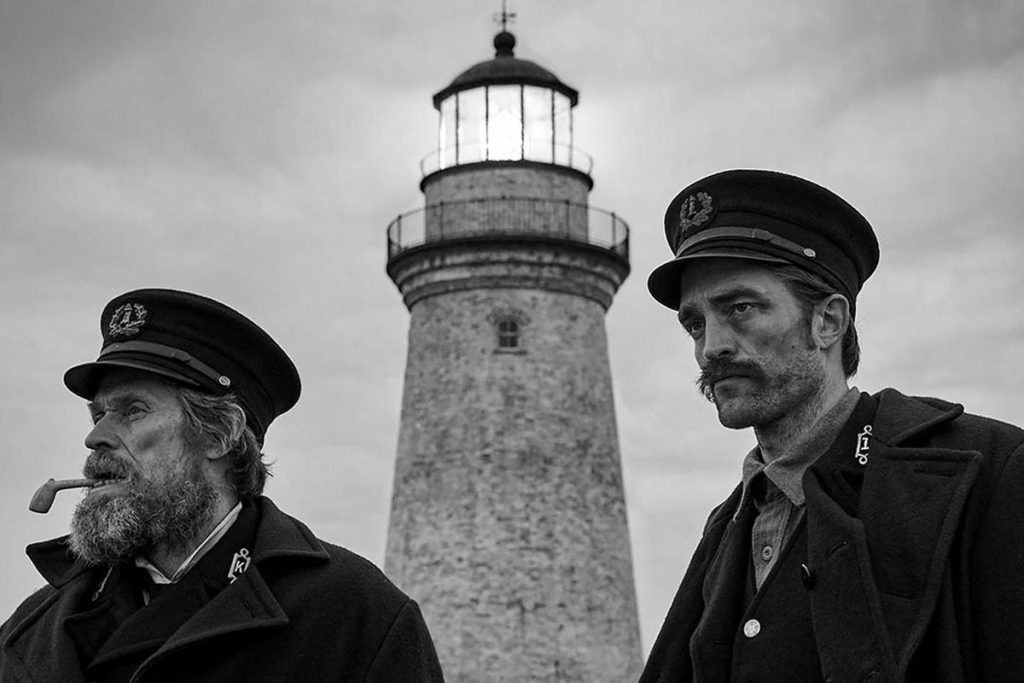 On the surface, a film like The Lighthouse seems to exist in stark contradiction to pretty much anything else you could find playing at your local theatre. Filmed on one location, using 35 mm black and white film and only two actors in speaking roles, Robert Eggers’ second feature carries the aura of a stage play throughout its narrative. Throw in a runtime of nearly two hours, the whole experience feels designed to capture the essence of cabin fever that being stuck on a rock would inevitably create.

Ephraim Winslow (Robert Pattinson) and Thomas Wake (William Dafoe) are two lighthouse keepers, or “wickies,” assigned to a small rocky island for a four-week stay. Wake, the senior wickie, finds himself disinterested in the mundane duties, leaving Winslow to handle all the manual labor himself. Monotony and time make for uneasy bedfellows, giving a sense of unreliability to the narrative.

Pattinson and Dafoe give two of the best performances of their careers, putting seemingly every emotion on display throughout the film. There’s an impressive depth to their relationship, reflective of their isolated surroundings. Much of the film plays out like a horror movie, but there’s plenty of moments of natural comedy that help ease the tension.

Eggers proves his directorial skills time and again throughout the narrative. The Lighthouse is a quiet, almost contemplative film, but there’s a deliberate sense to the pacing. Some of the sequences exude claustrophobia, putting the audience right in the midst of the dilemma that Wake and Winslow find themselves in.

The film’s cinematography is also a highlight, impressive considering the small size of the island. Eggers uses the ocean around the lighthouse to aid the sense of isolation, as well as the magnitude of the powers beyond the wickie’s control. In that regard, space is both minuscule and grandiose.

The only issue with The Lighthouse lies with its runtime. 110 minutes is long for many movies, especially one filmed in a small space with two actors. There is the sense that Eggers deliberately drew out the narrative to mirror the plight of his characters, hopelessly stuck with no end in sight.

Trouble is, there’s only so many times that Winslow and Wake can experience the same conflicts until the whole exercise starts to feel a bit monotonous. The notion of purpose behind the monotony clashes with the idea that the film spends a bit too much time hovering above its destination before landing. It could be fifteen minutes shorter without losing a beat.

Despite the overly drawn out third act, The Lighthouse is a remarkable film. It’s funny, horrifying, uncomfortable, and deeply strange, all at the same time. Minimalism isn’t a trait often truly appreciated on the big screen. Eggers crafted a quietly beautiful narrative that’s well-worth a trip to the theatre.