Good Boys Captures The Essence of Youth Alongside Plenty of Laughs 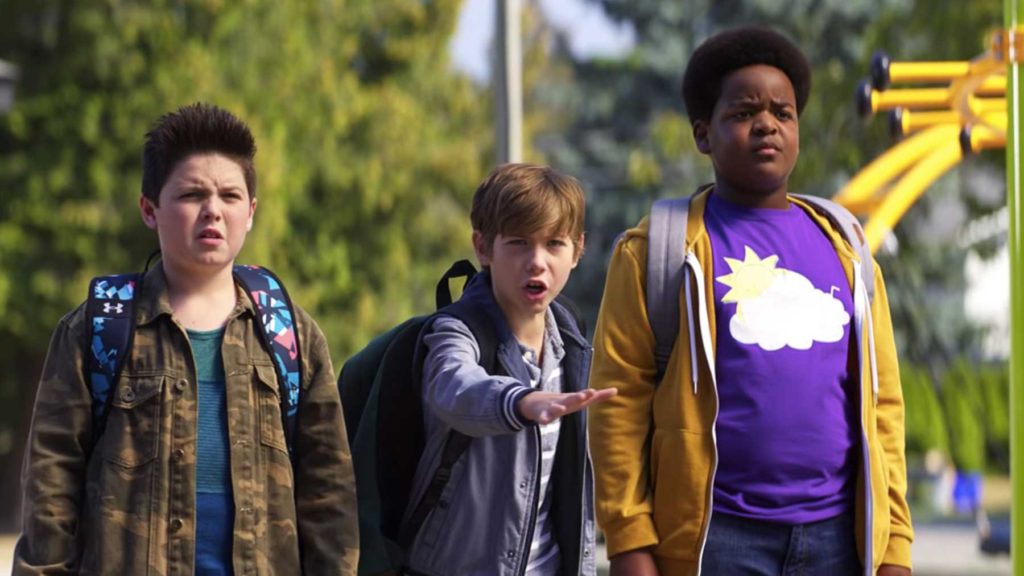 Middle school is a challenging time for many in the United States. Puberty and all its associated hormonal changes bring out a lot of conflicting emotions. Childhood friends naturally grow apart as each pursues their own individual interests. The urge to grow up constantly conflicts with the desire for things to stay the same, an often contradictory and certainly confusing era.

Good Boys is more of a film about friendship than aging, understanding the intertwined relationship between the two. Max (Jacob Tremblay), Thor (Brady Noon), and Lucas (Keith L. Williams) have been friends for their entire lives, referring to their small clique as “The Bean Bag Boys.” The beginning of middle school threatens the status quo, as each of the boys possess different interests that could potentially tear their trio apart.

A drone borrowed from Max’s father (Will Forte) sends the boys on a quest to avoid punishment after disobeying orders not to play with the expensive toy. The subsequent adventure stays within the confines of the ages of the leads, often diving into the realm of absurd without being unrealistic. The digital age has opened up plenty of less than age-appropriate doors for pre-teens.

The film is wildly profane for a narrative anchored by children. The kids frequently swear and find themselves in plenty of sexually-explicitly scenarios, willfully ignorant of their surroundings. Shock value makes up a lot of the humor, but the writing and acting are quite strong, allowing for plenty of laugh-out-loud moments that don’t rely strictly on cringe comedy.

For some, the crude humor coming out of the mouths of children might be too much. The child actors have an uncanny sense of comedic timing for jokes meant to sail right over their characters’ heads. Some of the laughs come from their obliviousness to the situations, but they’re not there to be the butt of the gags. There’s a level of deadpan comedy present that becomes oddly endearing after a while.

Plenty of its moments are absurdist in nature, but the narrative never loses sight of reality. Kids these days are exposed to quite of a lot of horrifying imagery that makes plenty of us happy to have grown up in an era before the Internet. There are plenty of hilarious moments born out of watching the children react to situations that maybe shouldn’t feel as normal to us as adults as they often do.

Lurking beneath all the inappropriate jokes is a layer of warmth to the narrative. For all the situations that the boys don’t understand, the three do possess a level of recognition for the transient nature of this stage in their lives. They’re best friends, for now, completely unsure of what the future will hold.

Good Boys couples its mature humor with themes that resonate for audiences of all ages, even those that need adult supervision to see the film. Growing up is scary. The film tackles the sensation of aging in a mature manner while maintaining a sense of optimism.

Few films manage to be simultaneously hilarious and heartfelt. Powered by an excellent script and some top-notch performances from its young leads, Good Boys is a late summer hit. Children might be a little horrified by some of the scenarios, but the life lessons presented are well worth a few unsavory conversations after the credits roll.