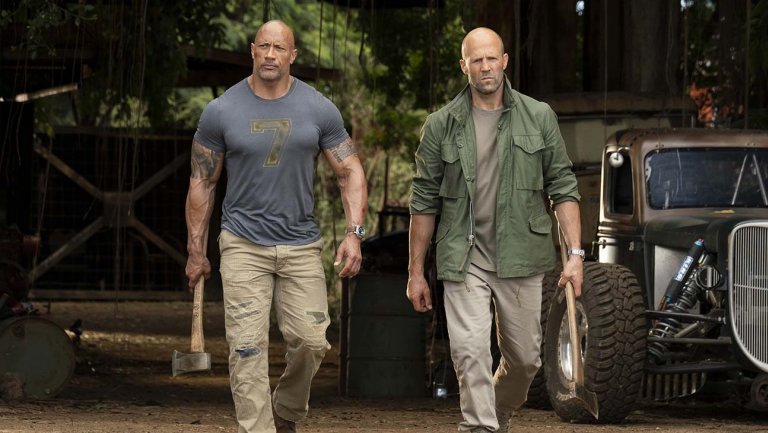 If you removed the “Fast & Furious Presents” label from Hobbs & Shaw before showing the film to a person who had only seen 2001’s The Fast and the Furious, there’s a good chance they would never suspect the two were connected. The original entry in the long-running franchise focused primarily on car racing, with actual crime serving as more of a vehicle to drive the plot than anything else. Nowadays it would seem odd if the narrative didn’t include saving the world.

As its title suggests, Hobbs & Shaw focuses on Luke Hobbs & Deckard Shaw, who originally entered the series as the villains for the fifth and seventh entries, respectively. After both enjoyed turns on the good side, the two find themselves working together to stop a super virus from wiping out humanity. Neither character particularly likes the other, creating an interesting buddy cop-esque dynamic throughout the film.

Dwayne Johnson and Jason Statham are two of the most well-known action stars currently performing. The two have a natural chemistry that works well for the humor-laced narrative. Vanessa Kirby balances out the dynamic as Deckard’s sister Hattie, an MI6 agent infected with the virus. The plot follows the three of them for most of the film, as they try to figure out how to get the virus out of Hattie before it falls into the hands of Brixton Lore (Idris Elba), a cyber-enhanced super soldier hell-bent on destroying the world.

The film continues the celebration of excess that has defined the Fast & Furious franchise since its fifth entry. There are countless explosions and reality-defying stunts. Elba essentially plays a riff on The Terminator, a notion not lost on the film. The plot calls for a heavy helping of suspension of disbelief, the kind of narrative where it’s best not to overthink anything, or everything.

Hobbs & Shaw never loses sight of the escapism it exists to provide. The characters have fun the whole time, keeping with the series’ emphasis on family. Deckard and Luke aren’t really there to be friends, but they manage to work together without anything feeling artificial.

The film’s biggest detriment is its runtime. Clocking in at a little over two hours, the narrative is stretched about as far as it could go. Part of this issue stems from the fact that the narrative blatantly goes out of its way to give The Rock and Statham equal time for just about every scene where they don’t appear together. Such a balance was probably not necessary for a franchise that usually needs to juggle several other leads, as a result feeling a bit more relaxed from the get-go.

Few films have felt more at home in the month of August, where the dog days of summer welcome the kind of excess Hobbs & Shaw offers in abundance. This franchise has come a long way from its street racing roots. One does naturally wonder how many more times this team can save the world. For a series that’s owned excess with such grace, that question sure doesn’t provide itself with an easy answer.