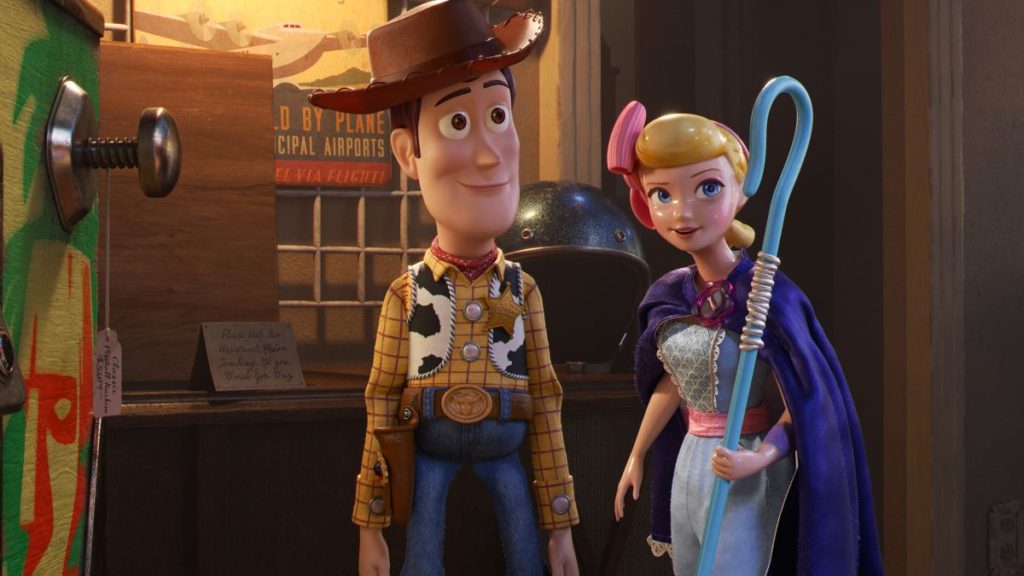 Few moments in children’s cinema have been as soul-crushingly devastating as the ending of Toy Story 3, where a college-bound Andy passes on his beloved toys to Bonnie for a new generation of adventures. Whether or not that scene should have marked the end of the franchise contrasts with the notion that the series is unlikely to top that level of emotional resonance on the tearjerker scale. Of course, there’s no inherent reason for Woody, Buzz, and co. to be limited to just three movies, beyond the sense of sentimentality that’s been such a strong anchor for the franchise since its debut in 1995.

Toy Story 4 reigns in its pontification on the meaning of being a toy a bit. Philosophy is still a predominant force driving the narrative, as Bonnie’s new arts and crafts creation Forky straddles the line between child’s plaything and literal garbage. Forky’s diminished sense of self-worth presents a broader question as to the continued purpose for Woody, who tries his best to remain a pivotal piece of Bonnie’s life.

Complicating matters is the return of Bo Peep, Molly’s nightlight and Woody’s love interest for the first two films. Bo has been living life as an abandoned toy, fending for herself and her flock in the absence of a child to care for. The cruel world has been unforgiving to the porcelain Bo, but her continued resiliency sheds light on an unexplored reality for the Toy Story universe. Life goes on.

Absent from Toy Story 4 is the sense of comradery that has defined the series. Hamm, Rex, Slinky, Jesse, Bullseye, and the Potato Heads have been largely relegated to cameo roles alongside Bonnie’s other toys. There’s plenty of humor to be found in the film, but the lack of one-liners from the original gang is certainly disappointing for lifelong fans of the franchise. Forky has a lot of funny lines, delivered by a perfectly cast Tony Hale, but he also sucks up a lot of the attention as the main force driving the narrative. For better or for worse, Buzz Lightyear spends most of the film playing second fiddle to a plastic fork.

Toy Story 4 functions as an enjoyable standalone adventure while serving as a worthwhile epilogue to the series. The series has always been Woody’s story first and foremost, but the seminal cowboy projects much of his anxiety in service to others. Here, Woody is allowed to be a bit more introspective as to the way he’s lived his life. Love is not a linear objective, but life has its trajectories that all of us must adapt to.

It’s a cold reality to admit that there’s a world out there beyond play time. It’s easy to relate to the toys in Toy Story because none of us want to envision a life spent sitting in a box in the attic. For many, we fear growing up because it means we have to say goodbye to the comforts and securities we’ve know. There’s always a tomorrow to be had, even in a dusty antique store.

Toy Story 4 isn’t as much of a tearjerker as its predecessors, but the franchise retains a powerful grasp on the emotions of its audience. Growing up is often sad, but that doesn’t need to be a bad thing. As someone who was about the same age as Bonnie when the original Toy Story came out, these movies will always possess the ability to turn me into a nostalgic weeping mess, but that’s not a bad thing. It’s good to feel, to know that even when life is sad, things will be okay.