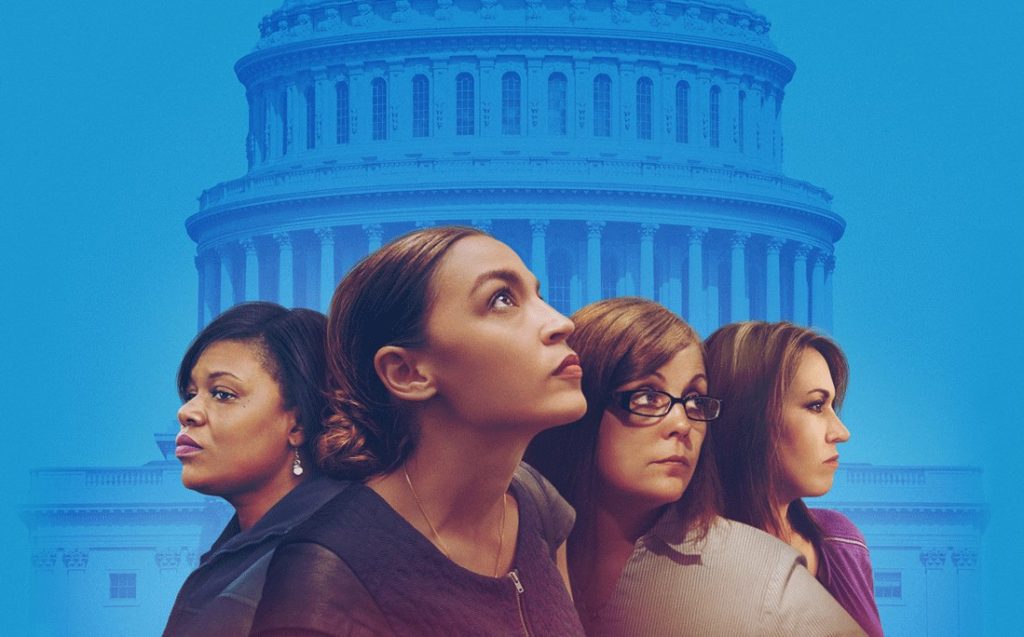 A documentary like Knock Down the House faces two narrative challenges that can be difficult to overcome in a ninety-minute runtime. Showcasing four separate women putting up primary campaigns against incumbent Democrats, the film has to not only tell multiple stories, but ones with widely known outcomes. It should hardly be a surprise to anyone that Alexandria Ocasio-Cortez went on to beat incumbent Congressman Joe Crowley.

One of the appeals of political documentaries is the behind the scenes perspective they provide, a chance to know the candidates beyond their cable news appearances. The grassroots nature of the four campaigns highlighted in Knock Down the House gave the documentary a much more intimate feel than films focused on larger efforts by established candidates. Without massive staffs or even office buildings, the film spotlights each of the candidates’ best assets, namely being themselves.

Amy Viela, Cori Bush, and Paula Jean Swearengin came up short in their efforts to unseat their Democrat incumbents. Bush and Swearengin both managed to pull in over 30% of the primary vote, very impressive totals for unknown grassroots campaigns running against established politicians with all the benefits that entail. The documentary showcases their individual motivations for getting in the race, women with deep emotional stakes at play to change a system that isn’t working for too many Americans.

Knock Down the House does a great job explaining the many roadblocks put into place to impede primary challengers, a system that makes it about as a difficult as possible to even get on the ballot. There are a few scenes highlighting the work of groups like Justice Democrats and Brand New Congress, grassroots organizations seeking to recruit and support candidates for office. All the stereotypical notions of polished politicians are thrown out the window in favor of real people seeking to create real change.

Unsurprisingly, the documentary spends much of its time on Alexandria Ocasio-Cortez, whose successful campaign has captivated the nation for much of the past year. The footage from her campaign presents a stunning contrast between grassroots efforts and the establishment, frequently painting Crowley as out of touch, representing a district he no longer even called home. AOC fans might have enjoyed a documentary completely dedicated to her meteoric rise, but the film makes great use of all its subjects to present Washington as out of touch with the nation at large.

Refreshingly absent from the bulk of the narrative is the man in the White House. For all the media attention that Trump gets, much of America simply doesn’t care about his Twitter feed. Even in deep red West Virginia, Swearengin’s campaign focuses on the bread and butter issues affecting her state and not as a referendum on his every move. AOC also goes out of her way to criticize Crowley’s Trump-heavy campaign literature, reframing the “us vs. them” debate in a context better suited to her community.

Knock Down the House is an uplifting documentary that highlights the power of democracy in action. Only one of the film’s four subjects managed to win her race, but their efforts offer more than just inspiration to future candidates. Democracy isn’t always fair, but it’s always worth fighting for.

« Bonding Is a Succinct New Comedy With a Ton of Heart
Game of Thrones Season 8 Recap: Episode 4 »