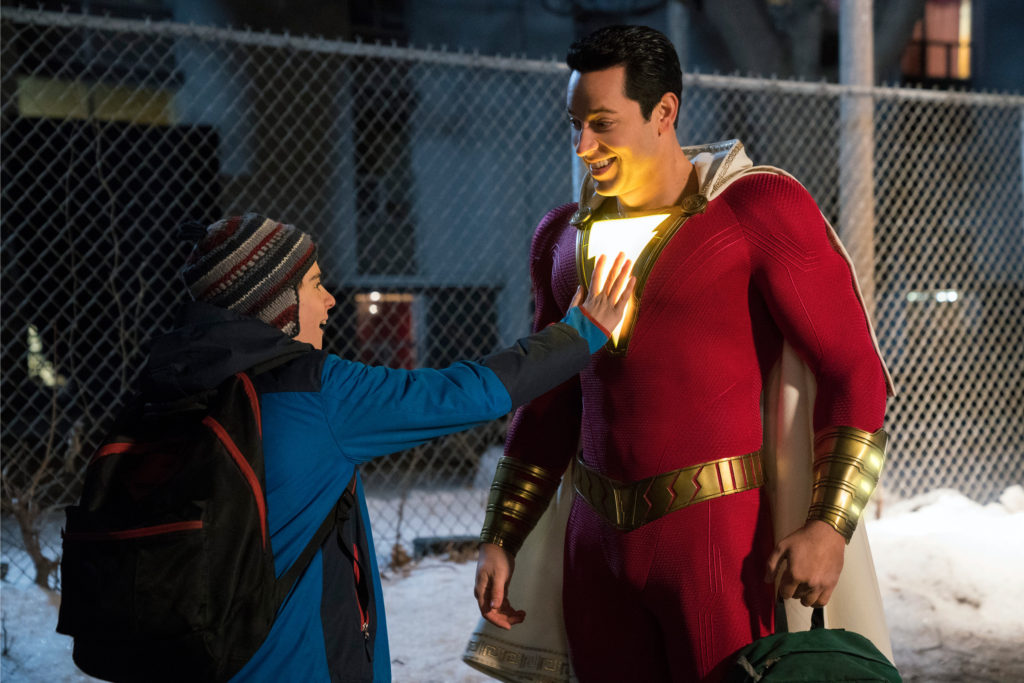 For all the talk about the disastrous state the DCEU was in, the solutions always seemed pretty simple. Earlier entries piled on dour imagery and quite simply weren’t much fun to sit through. Thankfully, Shazam! got that message loud and clear.

It’s hard to believe that the first live-action adaptation of Shazam! premiered all the way back in 1941, back when the character was called Captain Marvel. Perhaps it’s fitting that a follow-up would debut the same year that Carol Danvers’ Captain Marvel finally made her first big screen appearance, with both superheroes expected to play major roles in their respective franchise’s futures. Despite the name change and all the copyright battles, Billy Batson is still the boy behind the red suit, able to wield the power of six different gods by speaking a single word.

Shazam! is the rare superhero film that feels more like a comedy than an action flick. Many of the scenes are laugh out loud hilarious, the kind of humor that presents itself naturally and not just as comic relief. Zachary Levi does a spectacular job inhabiting the mind of a fourteen-year-old child, exhibiting all the wonder and awe that many of us would feel if we suddenly possessed superpowers. Jack Dylan Glazer also provides much of the laughs as Billy’s foster brother Freddy, displaying an extraordinary amount of confidence and comfort in a lead role for an actor his age.

One of the downsides of these extended universes is that their narratives often feel overstuffed as they juggle their own story as well as obligations to the broader continuity. Shazam! thoroughly exists within the established DCEU, but the references all feel deliberate, in service to the film at hand. Shazam! possesses the best script and narrative pacing of any DCEU film released. It manages to be hilarious while also displaying a tremendous amount of heart. Billy’s adopted family all get their moments to shine, an impressive feat for an action film dealing with a big cast.

A comedy like Shazam! probably didn’t need to hit a home run with its villain, but the film thoroughly fleshes out Dr. Thaddeus Sivana, providing enough backstory to understand the motivations behind the menace. He’s not particularly likable, unlike Black Panther’s Killmonger, but Mark Strong plays him in a way that makes the audience at least understand where the character is coming from. The film provides some thought-provoking commentary on the notion of “chosen ones,” and what happens to the people who didn’t necessarily get the chance they thought they deserved.

My only point of criticism is that the third act at times feels a bit overly drawn out. Part of this undoubtedly stems from the film’s reluctance to overstuff its plot, understandable for a film dealing with a child superhero first learning to control his powers. The ending leaves you with a rare feeling for a superhero film these days, hungry for a direct sequel and not just a large team-up with other members of the universe. A most impressive feat for a franchise that’s been too often defined by its misfires.

Shazam! is the best film of the DCEU thus far, an action-packed adventure full of humor and heart. Billy Batson has been through quite a lot over the past eighty years, changing names and publishers, but this film is proof that the character still has a lot to offer. While the DCEU once looked like a complete mess, things appear to be shaping up for the franchise. Shazam! is the perfect reminder of the power of not taking one’s self too seriously.