A Dark Place Is a Well-Crafted Mystery 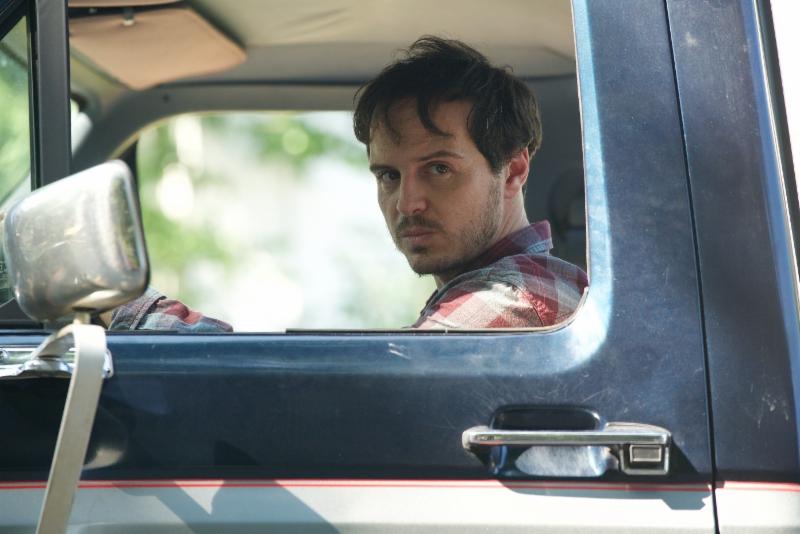 Dozens of TV procedurals air hundreds of episodes each week featuring murders that are discovered and solved in a forty-minute timespan. For film, the added runtime carries a greater sense of weight, knowing that the audience will likely never see these characters again. A Dark Place is the kind of film that manages to present an intriguing character while never losing sight of the objective at hand.

Donald Devlin is a peculiar man. He runs his sanitation route, takes care of his sick mother, and tries to be a decent father, but there’s something about him that’s fairly odd. He has an affection for keeping warm in already hot temperatures and displays a weird sense of concern for the death of a young boy in his neighborhood, presumed drowned under potentially dubious circumstances.

Despite the disinterest of the local sheriff in investigating the death as a homicide, Donald takes it upon himself to investigate. The result is what you might expect if your town oddball decided to suddenly start playing detective. People start asking questions as Donald searches for answers.

Like its protagonist, A Dark Place is a weird film. It’s beautifully shot, as director Simon Fellows frames many of his scenes in a way that subtlety brings out the nuances in his actors’ performances. Andrew Scott, known to the general audience as Moriarty on the BBC’s Sherlock, does an excellent job portraying Donald, always keeping things interesting if even through a quiet expression on his face. We don’t learn much about Donald, such as the specific disorder driving his obsessive behavior, but that’s not really a problem either. He’s a sympathetic protagonist who’s easy to root for even though there isn’t much of a broader character arc beyond the murder mystery itself.

The mystery is well-paced, if not a little predictable. There’s surprisingly little suspension of disbelief required to get behind Donald as an amateur sleuth, but some of the pieces of the puzzle are perhaps a little too neatly put together. The brisk speed of the narrative does allow the audience to forgive a few of the clichés, like sheriffs giving a warning about asking too many questions, the kind of stuff you’d find in just about any amateur story.

Clocking in at just under ninety minutes, the film is one that probably could have used with an extra ten minutes to fully flesh out Donald’s relationships, particularly with his daughter, played by Christa Beth Campbell. Campbell gives a strong performance for a young actress, especially opposite a veteran performer like Scott, helping to soften out Donald’s more tedious personality quirks. Bronagh Waugh also gives a lively performance as Donald’s coworker Donna.

A Dark Place could’ve benefitted from a little more character development, but the film is an engrossing mystery that’s well worth a watch. Andrew Scott always keeps things interesting, giving a solid performance that’s enough to buoy the film through some of its more predictable parts. It hardly reinvents the wheel, but Fellows put together an enjoyable film for fans of the genre.