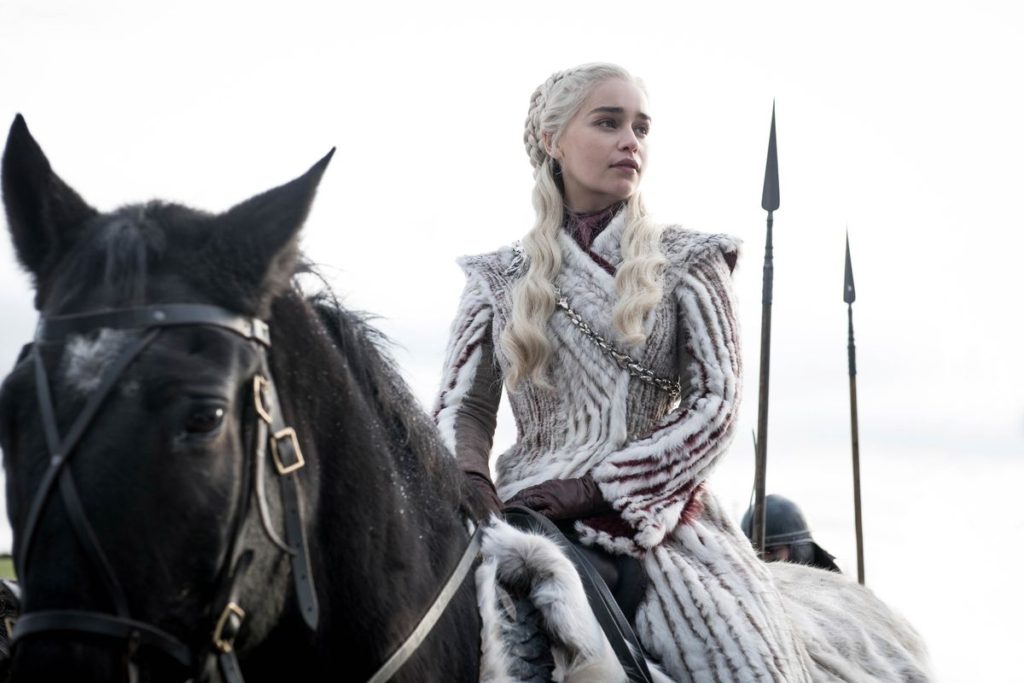 It’s the beginning of the end! Table setting and reunions seemed to be the themes of the first episode of Game of Thrones’ eighth and final season. With only five episodes left, it made sense to take stock of where the major players found themselves heading into the final battles of the series. While the season might be shortened, six episodes still leaves a fair amount of time for things that don’t involve bloodshed and resolution.

The throwbacks to the first episode were apparent throughout the episode. The procession into Winterfell looked a lot like one that Robert made to visit Ned, and Jaime’s arrival harkened back to his first steps into the castle. It’s always fun when a show entering its final season takes everything back full circle.

The antagonistic relationship between Daenerys and Sansa makes plenty of sense for a lot of reasons, but few of them were on display in the episode itself. The Northerners have every right to be miffed at Jon for bending the knee not long after they gave him his crown, but politics contrasts with the dire nature of their situation. Questions of monarchy seem out of place in a region that’s currently being evacuated for the first time in either the books or the show. I get that the show needs additional conflict besides the Night King, but it still seems kind of weird that the Northerners are so hostile to a woman whose army is their best shot at survival.

Sansa’s scene with Tyrion was my favorite of the episode. Sansa has been underestimated by many in the show, as well as the fandom, but she’s been a survivalist all these years. As the natural choice to lead House Stark moving forward, Sansa did a great job throughout her scenes making sure that her family would remain power players even if Jon was willing to bend the knee.

The scenes with Jon and Dany also made a lot of narrative sense, as fans responded with lackluster enthusiasm to their pairing last season. Kit Harrington and Emilia Clarke don’t have a ton of natural chemistry, but it’s good to see the show try and put in the effort to make their relationship seem convincing. The CGI dragon ride was well put together and sort of made up for the lack of elephants brought to Westeros.

As much as the Cersei/Euron pairing looks born out of convenience, it’s a lot of fun to watch. Lena Headley is perhaps the best actress in the series and is always a delight to watch, even in filler scenes. Euron is similarly delectably evil, aided by a standout performance by Pilou Asbæk.

Bronn’s plotline is a total mess.  While Jerome Flynn and Lena Headley aren’t on speaking terms, which explains why they’ve never shared a scene together, it doesn’t make a ton of sense to have him carry out some farfetched revenge plot against Jaime and Tyrion that the viewers know isn’t going to go Cersei’s way. If this is all they have planned for Bronn, they should have sent him to the North with Jaime.

Arya had a few great scenes this episode, but the best was her reunions with Gendry and The Hound. Arya and Sandor have been through quite a lot since their days roaming the Riverlands, but clearly still maintain at least some degree of affection for each other. Gendry looks at home as a blacksmith, unlike his stint at a marathon sprinter beyond the Wall.

Poor Sam. It’s bad enough to have to share a scene with Ser Jorah, but the news of his family’s demise was pretty brutal. The one positive thing that came of it was that the senseless Tarly loyalty displayed to the Lannisters last season appears to have in service to this scene. At least Dickon died for Sam’s tears!

Bran is a weird dude. There’s not enough time for small talk, but plenty to sit around the Winterfell courtyard. We don’t really know how much he knows, but the show is doing a good job treading carefully with a character who can deus ex machina whenever he wants. I’m a little bummed that he didn’t get to have a chat with Jaime but I’m sure we’ll see the two of them together next week.

Who could blame Yara for wanting to go back home to her nice island that’s far away from the ice zombies? I hope Theon heading North means that he’ll die in the Battle of Winterfell. I used to think Jaime would be the first major character to go, but apparently, he’s needed for the ever-important Bronn subplot so maybe it’s time for Theon to stop beating himself up for all the bad things he’s done.

Did the Night King preserve the arms in a Tupperware container to prevent them from becoming zombified as he made his mural? Does the fact that he knew there would be people left in the deserted far North to see poor Lord Umber strung up there mean he’s omniscient? I don’t know, but that creepy scene provided much food for thought. Always fun to see Beric and Tormund, though we don’t much clarity as to how they’re still alive after the wall blew up.

Jon finally knows the truth. I liked that the reveal happened in the Crypts of Winterfell, the only logical setting. It was weird to see Sam rail on Dany before dropping the news, but it’s understandable given the whole burning of the family situation. Jon took the news better than I’d expected, but it looks like they’re setting up a power grab between Dany and him. As much sense as that makes, it seems weird for them to fight while the show is simultaneously investing in their relationship.

That’s it for this week. Very strong episode, despite the abundance of lazy eunuch jokes. Quick programming note, if my written recaps aren’t enough you can catch me right after the show on Facebook for my live recaps, or on my new podcast every Tuesday for in-depth analysis. Thank you for reading and see you next week!