A Violent Man Doesn’t Have a Clear Sense of Purpose 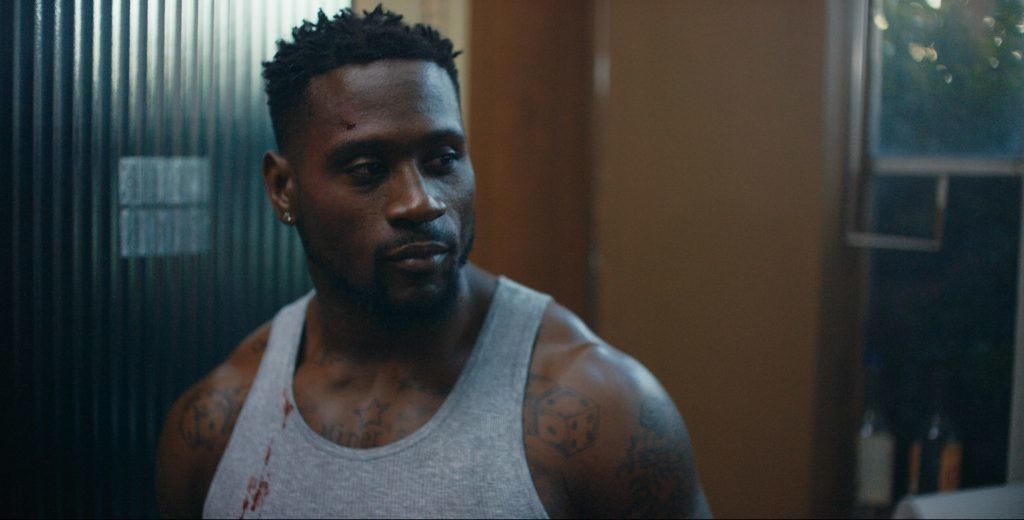 Sports movies are in many ways completely antithetical to their real-life counterparts. Legendary plays happen spontaneously, but movies have to manufacture these moments in an effort to convey that same sense of shock and wonder to an audience that expects something to happen. A Violent Man effectively substitutes any sense of suspense that might occur in its MMA octagon for a murder mystery, sprinkling the sports genre with a heavy dose of thriller.

Ty Matthews is an aging fighter looking at the end of his prime. An opportunity for a practice match against the well-known Marco Reign gives him a sense of optimism for his future not enjoyed by his girlfriend Whitney. An effort to defy an NDA imposed by Reign’s manager Ben is scuttled when the reporter he contacted ends up dead after a sexual encounter between the two, with the police looking at Ty for the murder.

The acting is A Violent Man’s strongest attribute. Thomas Q. Jones does an effective job in the lead role, drawing out empathy for Ty’s struggle without requiring the audience to agree with many of his decisions. Ben Davison puts forth a solid effort as Reign’s manager, carefully juggling charm with sleaziness in nearly all of his scenes. Issach De Bankolé gives a strong performance as trainer/mentor Pete, anchoring the emotional core of the film with his concern for Ty and the current trajectory of his life.

While the actors are shown to be capable of carrying the drama, the writing doesn’t give any of them much to work with. The vast majority of the scenes are riddled with clichés. Khalilah Joi can’t really do much as Ty’s girlfriend, Whitney when the script constantly calls for her to deliver the most predictable lines imaginable. Denise Richard’s brief appearance as reporter Victoria is entirely undercut by her character’s painfully unrealistic lust for Ty, casting aside any sense of obligation to portray a believable journalist.

A Violent Man struggles to be a sports film and a thriller, stripping either of any sense of dramatic urgency. Much of the second half of the film is dedicated to the fallout of Victoria’s murder, but the film pivots back to Ty’s feud with Marco in the third act, culminating in a weak title fight that feels less like a climax than an obligation to get it out of the way as quickly as possible. The conclusion is rushed and undercut by the narrow scope of the film that renders it practically inevitable.

For most of the film, director Matthew Berkowitz makes the most of a small budget, using minimalistic lighting and a strong score to hone in the intimacy of his sets. The title fight loses this touch, feeling oddly small and out of a place in a narrative that otherwise knew how to make the best of its locations. Perhaps some of this is the fault of the limited use of Chuck Liddell as Reign, who isn’t in the film for long enough to leave any kind of lasting impression.

MMA fans may find something to enjoy in A Violent Man, which offers some decent commentary on the struggles of making it in an unforgiving business. The lackluster script hinders both the performances and the narrative pacing. There’s a lot to like in the concept, but the film fell apart as it tried to tie its various strands together.

« Breaking Down the Fyre Festival Documentaries
Following the Same Instruction Manual as Its Predecessor, The Lego Movie 2 Is Hilarious & Sweet »