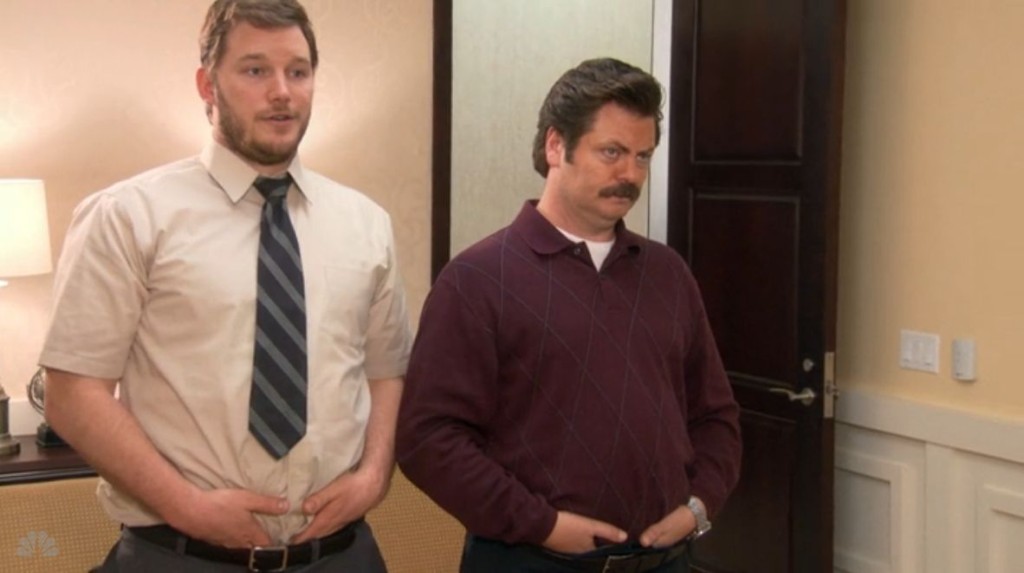 I’m sure some of you regard the title of my article as blasphemy. There are plenty of reasons to think that. In terms of mainstream popularity, The Office wins. It’s hard to envision Parks and Recreation even existing without The Office. P&R was supposed to be a spinoff of The Office for much of its development. Greg Daniels, who co-created P&R, was the driving force in adapting The Office from its British counterpart. The two share much DNA, which makes comparisons inevitable.

Which isn’t entirely fair. Though both are workplace comedies, The Office was literally about an office, while P&R was afforded the opportunity to explore Pawnee in a way that The Office never really got to do with Scranton. Utilizing the whole city allowed P&R to greatly expand its cast of recurring characters and develop its culture in a way made impossible by focusing on one set. It seems unfair to compare the two on these grounds, as The Office could never really have its own pit or Lil Sebastian.

It wouldn’t be unfair to compare the two shows using Michael Scott and Leslie Knope, but I’m reluctant to do that on the grounds that Steve Carrell and Amy Poehler are both so talented that a stalemate is inevitable. Both leads were incredibly strong and shared some similarities. From a stylistic standpoint, Knope was afforded more room to grow since P&R wasn’t tethered to her shortcomings to the extent The Office was to Scott’s naivety and lack of friends.

Where can we compare them and see some differences? Simple. Parks and Recreation’s supporting cast isn’t just superior to The Office’s. It’s not even close. Now you might think this is unfair to say since The Office had double the regular cast members and that’s certainly something to consider, but The Office also had close to eighty more episodes. Not so unfair.

Parks and Recreation invested in all of its characters. The best example of this is Gary/Jerry/Larry/Terry/Garry Gergich, who matches up reasonably well with Office tertiary characters like Kevin Malone and Toby Flenderson. Jerry is often the butt of the joke, but the show takes extreme caution to make sure Jerry always has victories to call his own. Jerry is the only character with a consistent spouse for the duration of the show (though she doesn’t appear until season five). Gayle is attractive and doesn’t mock Jerry like the Parks department. It’s also hinted that he’s quite well endowed. Donna’s success with both her career and romantic life also go to show how dedicated P&R was to fully developing all of its characters.

The only tertiary character on The Office to get this kind of caring treatment is Phyllis Lapin-Vance. Victories for Kevin and Meredith were few and far between, while other characters like Stanley and Creed rarely factor into the plot at all. There’s rarely an episode of Parks and Recreation that doesn’t give all its characters something to do.

If you look at The Office’s main supporting cast compared to P&R’s, it’s once again not even close. Even if you took out Ron Swanson, quite possibly the greatest character in either series, it’s hard to say that Tom, April, Ann, Ben, Chris, and Andy, and don’t romp Jim, Pam, Dwight, Andy, …and Ryan!

You could take Leslie out of the equation and still have a great episode. The Office tried to do that with Scott’s departure and people hated seasons eight and nine (I actually didn’t, but more on that in another article). I’m not saying P&R could have survived without Leslie, but the show didn’t live or die solely by her shenanigans.

Which isn’t to say that The Office didn’t have a strong supporting cast. I think the Jim/Pam romance is a little overrated to say the least, but Dwight remains one of the best comedic TV characters of all time. Andy was annoying and terrible, which does drag things down a bit, but others like Oscar and Angela did grow to the point where they wouldn’t have been out of place in the opening credits.

I figured I’d mention Mark Brendanawicz now, just to say I did. He wasn’t awful, but P&R didn’t hit its stride until he left. Moving on.

The supporting cast of P&R are endearing because they were allowed to thrive without being constantly overshadowed by the lead character. Ron could have paternal relationships with April, Andy, and to a lesser extent, Tom and Ann. Ben could be flabbergasted by April and Andy’s immaturity. Chris could have a meltdown about his sessions with Dr. Richard Nygard with just about anyone and it would work.

Any combination of P&R characters could result in comedy gold. You might be quick to say the same about The Office and that’s true. The difference is that P&R did take advantage of those opportunities far more than The Office ever cared to (though it cared more about this once Carrell left).

Obviously these are two great shows, but P&R stands above The Office. It might not be far that P&R had a guy like Rob Lowe as one its more minor characters, but that doesn’t change the fact that P&R consistently rewarded its talent with material to work with.