Sundance Review: Once Upon a Time in Venezuela 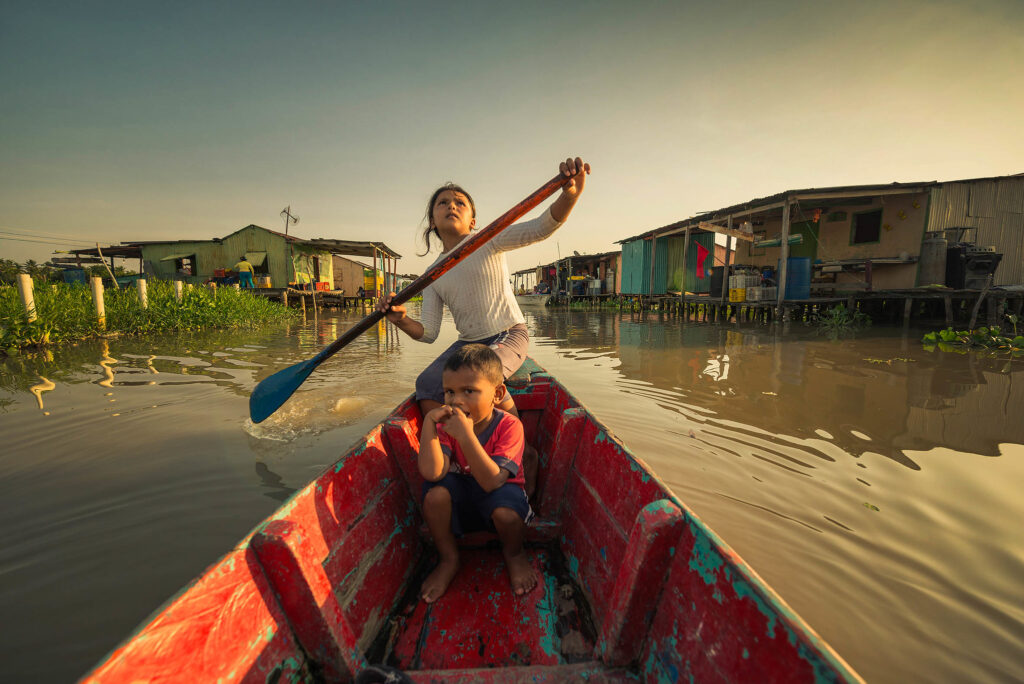 A still from Once Upon a Time in Venezuela by Anabel Rodríguez Ríos, an official selection of the World Cinema Documentary Competition at the 2020 Sundance Film Festival. Courtesy of Sundance Institute | photo by John Marquez.

The human-rights crisis in Venezuela receives only occasional coverage in the United States, largely centering on the fight for control of its government. News reports mention shortages of food and other vital supplies, but the dangerous political climates make it hard to actually see what’s going on there. The documentary Once Upon a Time in Venezuela aims to shed light on the village of Congo Mirador, a once-prosperous community built on stilts above Lake Maracaibo.

Director Anabel Rodríguez Ríos keeps the narrative squarely focused on the people of Congo Mirador. Most of them are struggling fishermen, fighting a war with pollution that’s hurting their industry and destroying their homes. The sediment buildup in the region is out of control, but the government doesn’t seem to care. As a result, more and more people are forced to leave the village, taking their homes with them in the process.

There isn’t much of a narrative, but that’s not really an issue. Ríos lets the people speak for themselves, rarely injecting anything resembling her own opinion. The people there are trying to thrive, having to do more with less.

The school is run down and the fishing boats are in desperate need of repair, but the people are proud, hopeful that a day will come when these hardships are behind them. The realities of the situation paint a bleaker picture, something Ríos is keen to explore as time moves on. For a government dealing with nationwide turmoil, a small fishing village is hardly a concern.

The film doesn’t spend a lot of time on the politics of the situation, but the focus that Ríos does give is particularly telling. It’s hardly a surprise that there’s corruption in Venezuela, but Ríos captures it in real time. People demand bribes for their votes, money or other material goods. Guards at the polling stations prevent any semblance of democracy.

Ríos presents both sides of the political equation. There are people who still worship the ground that Chavez once walked on, and those fed up with the current state of the government. Footage from actual dealings with local politicians demonstrates their lack of concern, complacency delivered with a hug and a smile.

In some ways, Ríos takes too much of a hands off approach. The narrative is a bit difficult to penetrate for outside audiences, particularly considering the complex nature of the country’s politics. It’s a powerful human piece, albeit one that struggles to find its own voice in the midst of all the tragedy.

Once Upon a Time in Venezuela is a haunting look at a dying region and the people who left it behind. Ríos sugarcoats nothing, a raw testimonial of government corruption. It’s a difficult documentary to watch, but an important narrative of a community ravaged by senseless greed. Though there’s little hope for optimism, the value of the truth cannot be understated in a country that does everything it can to silence the opposition.