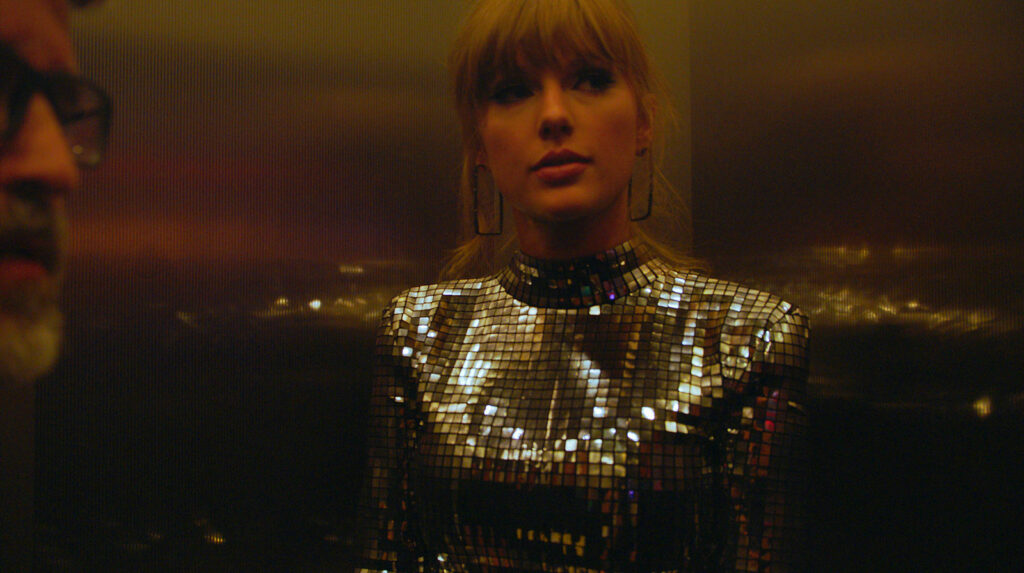 A still from Miss Americana by Lana Wilson, an official selection of the Documentary Premieres program at the 2020 Sundance Film Festival. Courtesy of Sundance Institute.

The big challenge for films like Miss Americana is to present its stars in a way that doesn’t feel like one big infomercial. Taylor Swift is one of the most famous people in the world. She doesn’t need to give access to anyone. Director Lana Wilson covers a wide range of Taylor’s life while building a narrative that strikes at the nature of her relentless drive.

From a timeline perspective, Miss Americana includes practically the entirety of Swift’s life, aided by footage numerous home videos. The film spends the bulk of its time on the past few years, namely the production of Reputation and Lover. Swift allows cameras in the studio for the first time in her career, capturing intimate moments where her music comes alive.

Swift has kept up an impressive workload for an artist who has little left to prove. Unsurprisingly in that regard, she often conducts herself as a person still trying to climb the mountain well after she’s reached the top. Success at an early age appears to have instilled a deep longing for the public’s approval, often to her own detriment.

Wilson wields Swift’s own words to tell a story that hints at the artist’s shortcomings without ever feeling like it’s being outwardly critical. Miss Americana breaks new ground while thoroughly remaining on Taylor’s side. It’s a singular kind of music documentary, one with the artist’s full participation that manages to be thought-provoking, even if it’s clear that punches are being pulled. Wilson doesn’t need to be Mike Wallace to dive deeper into her subject.

Sometimes she earns an eye roll for complaining about things that can be safely filed into first world problems, but that also reflects a person who has barely had any privacy for over a decade. Strangers break into her house to sleep in her bed. That’s not normal by any definition of the word.

Miss Americana works best when it focuses on Taylor’s rise in the resistance after a decade of silence on the political front. For a performer with roots in the country music world, the Dixie Chicks serve as a cautionary tale for what happens when you bash a Republican president. Taylor’s embrace of feminism and LGBTQ rights created an untenable situation for staying on the sidelines.

To her credit, she admits mistakes on this front. She has one of the most powerful microphones in the world. Though her management, including her father, protests, she wades into the 2018 senatorial race in Tenessee, knowing full well that attacks from the Tweeter-in-chief are bound to follow. Plenty of people and big corporations talk a big game on inclusion, but Swift feels genuine in her desire to grow as an ally. The sexual assault case that she recently won had a profound impact on her approach to activism. That kind of sincerity is sadly too often missing from this political climate.

The film does leave a couple strands of her career undeveloped. Early on, the film walks up to the idea that Reputation had made some mistakes, but never really follows through on this idea. The Taylor Swift that once sang about how “the old Taylor can’t come to the phone right now” is nowhere to be found. That Taylor appears to not only be dead, but forgotten also.

For a film with a ninety-minute runtime, it’s understandable how stuff like her feud with Katy Perry wouldn’t make the cut. Taylor Swift has had a very long and storied career, all before the age of thirty. Also absent is Scooter Braun, though the ongoing nature of that dispute makes it difficult to include in a narrative like Miss Americana.

It is somewhat disappointing to not see the thought process behind songs like “Bad Blood” or “Look What You Made Me Do” explained, or even examined. Miss Americana frequently highlights the fact that Swift writes all her own songs, making it all the more jarring that Reputation’s lead track borrowed the melody from Right Side Fred’s “I’m Too Sexy,” a truly horrendous one-hit wonder.

Miss Americana succeeds at its primary objective, to take a global superstar and present her in a relatable fashion. She’s one of the most successful musicians in history, but also a human being. Society may not want those two versions of Taylor to co-exist, but people need growth to sustain themselves. Taylor Swift may have it all, but the film proves just how hungry she is for more. 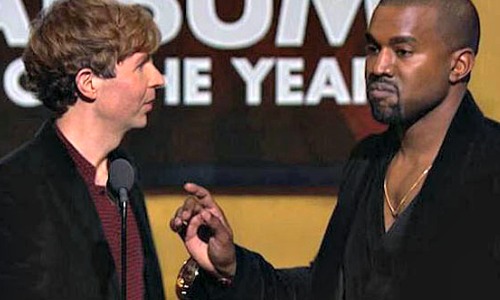 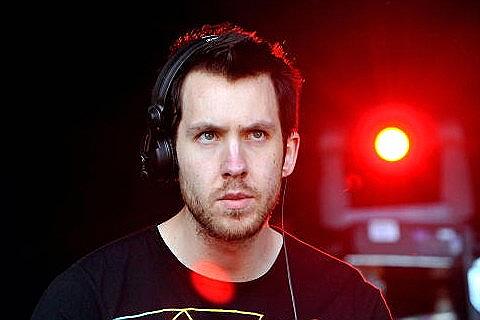