Everybody Wants Some!! presents a subtle indictment of nostalgia 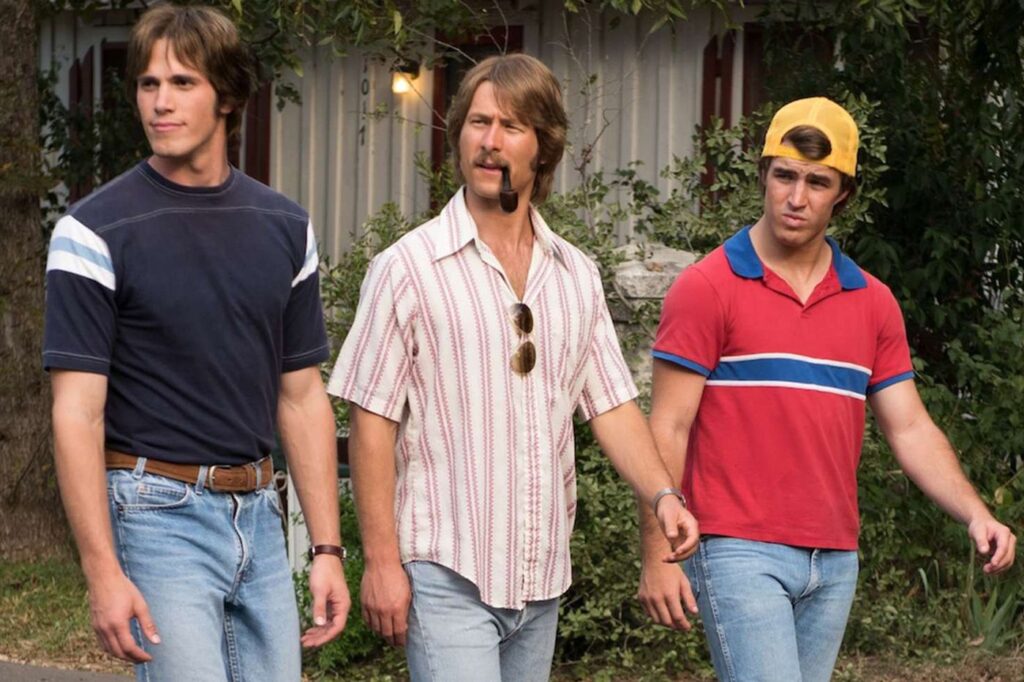 Preseason is a magical time to be on a college campus. With classes on the horizon, there are seemingly infinite possibilities for new friends, fresh perspectives, and plenty of parties. Semesters are short, a handful of weeks before holidays and exams take hold.

Richard Linklater’s Everybody Wants Some!! focuses its narrative on a three-day stretch before classes start, centered around a college baseball team arriving for preseason in Texas. The team is good, nationally ranked, but Linklater recognizes this period for its finite body of time. These players are on top of the world, a reign unlikely to last past graduation. Fortunately, most of them seem to know it.

Jake (Blake Jenner) is an artsy freshman pitcher, hardly the kind of talent destined for the big leagues. He finds mentorship in the form of Finn (Glen Powell), an upper-classman eager to enjoy life wherever he can. The film spends most of its time capturing brief snippets of the baseball team lounging around, partying, and gradually learning to tolerate each other’s existence.

Linklater’s wandering narrative beautifully captures a finite piece of the college experience. Your friends in August hardly need to be your friends for life. The passion brought out from the freshness of new beginnings doesn’t last forever.

We see little of consequence among the baseball team, a hardcore group bound to possess a few bad apples. Bad apples don’t need to rot in August. Time reveals true colors, but Linklater wielded time to his advantage.

Many narratives, in literature or film, unfold over weeks, months, or even years. Everybody Wants Some!! says what it needs to say in mere days. There is obviously more to the story, as there is more to every story, but Linklater takes comfort in the idea that you don’t need to see all of that to have a good time with these people, over this short period of time.

It would be easy to dismiss Everybody Wants Some!! as the product of an aging director fondly reflecting on his youth. The narrative is one that’s bound to resonate with most with viewers who can relate to the particular experience. Very quietly, Linklater introduced a powerful commentary on nostalgia.

As fun as preseason can be, with an entire ocean of possibilities still ahead, Linklater is careful not to frame these three days as anything more than a very fun time. Moments are born, destined to end. New beginnings give way to new adventures.

Linklater presents more of an indictment of nostalgia than a tribute at its alter, moments to be celebrated without needing to long for their return. The “good old days” can be fun to reflect about, as long as you don’t forget that these aren’t supposed to be the best moments of your life. Better days will come for Jake. It would be very tragic if they didn’t.