Pose’s Second Season Is a Triumph of Inclusivity 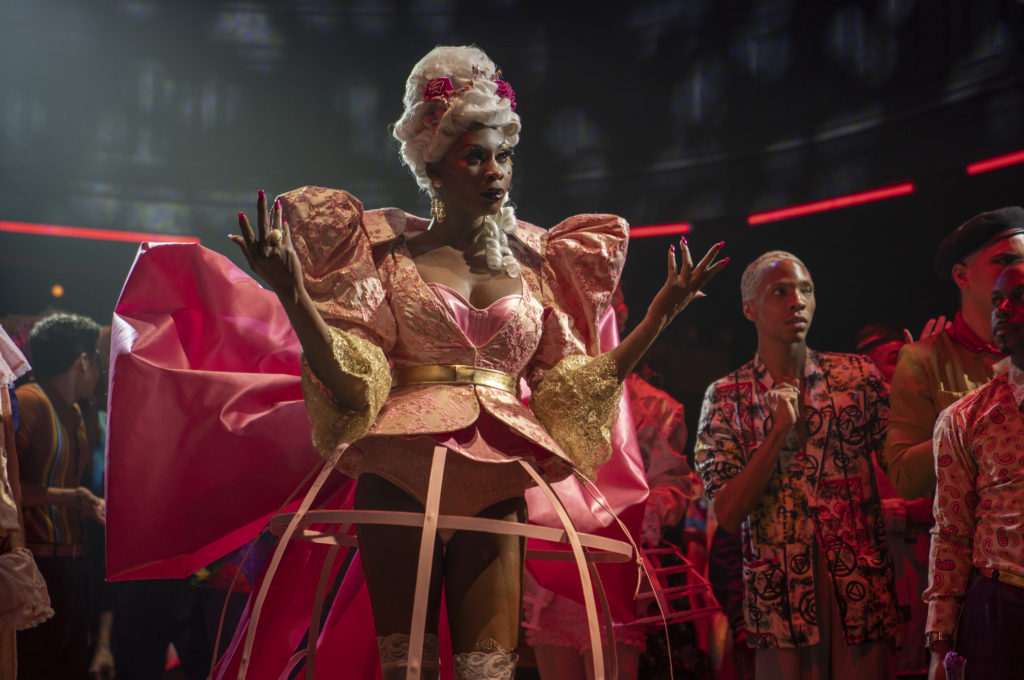 For all the accolades that Pose received for its groundbreaking first season, a Peabody Award and Golden Globe nomination for Best Drama among others, the series’ greatest triumph has been its portrayal of transgender life as more than the “trapped in the wrong body” trope. Too many other narratives surrounding our community, often spearheaded by cisgender men, struggle to wrap their figurative heads around the idea that many trans people have much bigger things to worry about on a daily basis than our individual histories with gender dysphoria. Our collective history possesses so many rich stories that still need to be told.

Season two takes a three-year time jump to the year 1990. The balls are still the centerpiece of the community and the characters are still struggling to stay afloat in a New York City that’s still very far away from even beginning to reckon with its various injustices. The AIDS epidemic continues to wreak havoc, making funeral parlor visits a necessary aspect of everyday life. The glamour of the balls stands in stark contrast to the ever-present sense of fear looming in the air.

Blanca remains the emotional core of the series, raising up the House of Evangelista with her tireless drive to better herself and her family. Mj Rodriguez gives an Emmy-worthy performance, exploring the nuances of Blanca’s vibrant contrarian personality while retaining a motherly sense of devotion toward her community. Refusing to succumb to her HIV, she serves as an example to all of us to never settle for a reality beneath one’s value as a human being.

Indya Moore was perhaps the breakout star of season one. Angel’s arc this season benefits immensely from the absence of Evan Peters’ Stan, allowing her to pursue her dreams as a model without a loathsome empty suit toying with her emotions. With the world of 1990 setting its eyes on Madonna’s “Vogue,” which finds its origins in ball culture, Angel harnesses her talents to reclaim some of what had been appropriated from their community.

Pose has always been a show with a two-pronged track to its narrative. The personal lives of its characters intertwine with the broader historical context of the era. Sometimes this approach comes across a little clunky, as the scripts often dump large helpings of exposition all at once in a manner that wouldn’t score too many points at the ball. This method does enhance Pose’s ability to deliver teachable moments to an audience that may not be very familiar with the history of the LGBTQ community, but it would definitely benefit at times from a softer hand.

While many period dramas in this current age of TV can meander a bit through their seasons, Pose tends to make each episode count. Often times, the show casts a more natural plot progression aside for grandiose deliverables at the end of its episodes. With a large ensemble cast and a desire to capture cultural moments of the 90s, the show doesn’t have enough time in ten episodes to take things slow. Knowing that prestige dramas these days rarely last beyond four or five seasons, it’s understandable to see them cut a few corners in service to a larger cause, even if some scenes come across as unrealistic or rushed.

The balls remain as fabulous as ever, even if you’re left wondering at times if all the money spent on costumes and trophies might find a better use for an impoverished community. The score is absolutely spectacular this year, enhancing the emotional impact of many of the scenes. The show nails the 90s aesthetic quite well without ever letting it be a distraction.

Pose remains the strongest LGBTQ narrative on television with a second season that lets its heroes shine without ever dimming the lights on the bleak realities of the era. Each episode is filled with laughter, tears, and a whole lot of heart. The plot progression might not always be as graceful as its characters are on the runway, but the show knows better than most that time is limited. Pose makes each moment count.