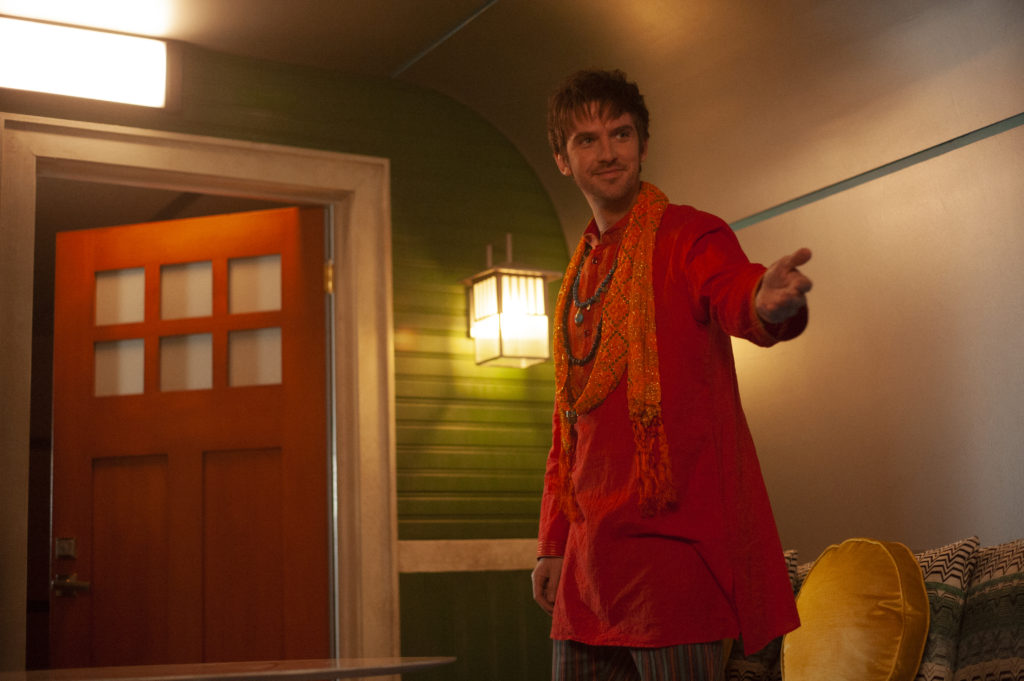 Like its titular character, Legion is a very difficult show to describe. It’s a superhero show without heroes. The morality of David Haller isn’t so much grey as it is rainbow, impossible to decipher yet present in an unmistakable fashion. Legion is quite possibly the most beautiful show on television, with stunning visuals giving the eyes plenty to digest while leaving the mind dazzled and bewildered.

Season three continues the battle for control of David’s mind. The powerful mutant, played by Dan Stevens, seeks the help of a time-traveling mutant named Switch (Lauren Tsai) to help fix his mind after decades of abuse from Amahl Farouk (Navid Negahban). David’s former friends have allied with Division 3 on board an airship, doing their best to manage a situation far beyond any of their control.

As always, Legion remains a difficult show to follow. David’s motives are as elusive as ever, a protagonist seemingly unconcerned with the notions of good and evil. The show offers a remarkable visual portrait of David’s mental health in a constant struggle to unpack the years of abuse from the Shadow King,

The visuals on Legion are out of this world, fitting for a show that often takes viewers outside reality. Stevens’ performance in the lead role often serves as a suitable counterbalance, bringing a sense of calm to all the chaos. For all the times the viewer is left staring at the screen wondering what just happened, David is there to crack a slight smile as he embraces the world around him.

Legion is much better at offering food for thought rather than any sense of concrete answers. The urge to simply sit back and enjoy the ride is contrasted with a narrative that gives you just enough to start to put the pieces together, even if you’re never really left with the idea that the show wants to let you in on its secrets. It’s a journey with an unclear destination, an indecipherable map, and a cast of characters who rarely seem to have any more of a clue than the audience. Simply put, it’s a singularly bizarre piece of television.

As the final chapter in David’s saga, season three does carry the sense that it is headed toward a conclusion. You never quite know what direction each episode will head in, or how many times it’ll alter course, but the power struggle between David and Farouk remains at the core of the series.

Legion is among the finest comic book adaptations in existence, portraying the wildly inaccessible David Haller as faithfully as could possibly be imagined. The show brings out emotions you wouldn’t expect after two years spent redefining all the norms of television. With Disney’s purchase of Fox set to usher in a new chapter of the X-Men, it’s perhaps fitting that the story belonging to one of the most eclectic characters in its universe would come to an end.

For a show that could, in theory, go on forever, having shattered all expectations of time and space, the narrative finds a way to leave its audience feeling satisfied with this three-season arc. David Haller’s world is one that seems impossible to grow tired of, though the confines of television often call for shows this wild to enjoy shorter runs. Legion is one the weirdest shows ever made. Season three concludes a beautifully strange journey that often exists outside the world of beginnings and ends. Few shows can pack in so many different emotions in a single hour.