Jupiter’s Legacy doesn’t know where to focus its narrative 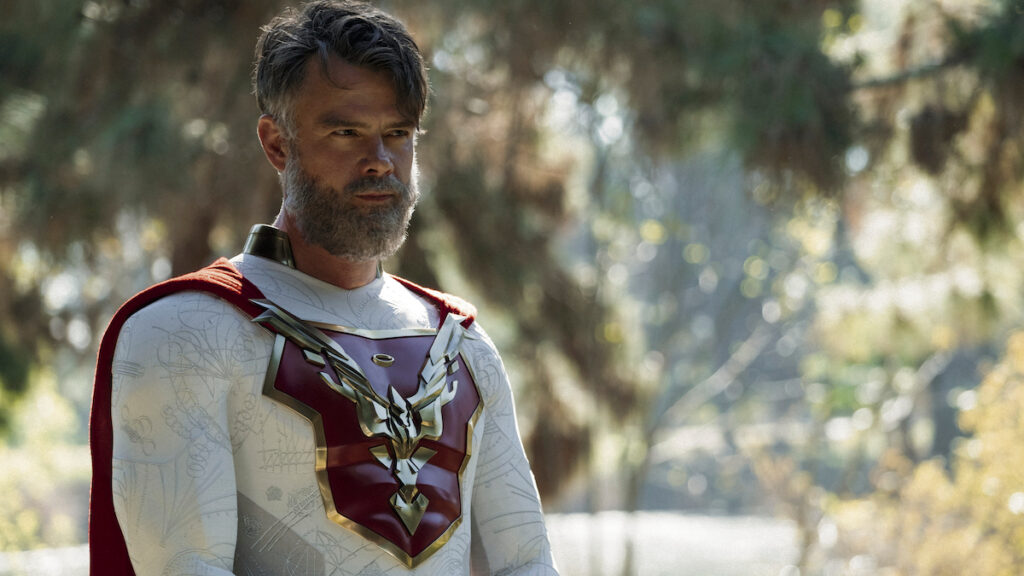 We’re in a bit of a transitional era for television. Shows that used to aspire for a six or seven season run are now lucky to get three or four. The longer-running scripted series can be found almost exclusively on network television. None of this is necessarily a bad thing, giving creators a clearer picture of the trajectory of their material.

This shift does put a stricter burden on shows to get going right off the bat. In hindsight, spending a full season of Daredevil waiting for Matt Murdock to put on the costume or waiting until the first season finale to have the Runaways run away falls a bit flat, with both shows only running for three seasons. There’s setting up a story and then there’s dragging one’s feet. Unfortunately, Jupiter’s Legacy more often than not fits the latter bill.

Adapted from Mark Millar’s hit Image Comics series of the same name, the show follows an older guard of superheroes as they start to pass the torch to the younger generation. Sheldon Sampson, The Utopian (Josh Duhamel), has spent decades keeping the world safe, and his fellow heroes out of politics, but his team, The Union, faces an existential identity crisis for what its future might look like. Sheldon struggles to relinquish control, not trusting his son, Brandon (Andrew Horton), with the responsibility of protecting the planet, at times also at odds with his brother, Walter (Ben Daniels), and wife, Grace (Leslie Bibb).

Like its title character, Jupiter’s Legacy as a show struggles to let go of the past. At least half of the show’s first season is spent on flashbacks showing the original 1930s expedition that gave The Union their powers. This heavy screen time allotment marks a significant departure from the comics, which only tended to give a couple of pages an issue to the origin narrative.

A great strength of Millar’s source material was the way he communicated a sense of awe and wonder with regard to the island that Sheldon is drawn toward in his dreams. As a series, Jupiter’s Legacy dedicates far too much time to mundane flashbacks, drowning out the far more interesting present day narrative. The period sets are well-constructed, but the story is so lifeless that it makes you wonder why the resources weren’t dedicated elsewhere. The superhero sequences are few and far between.

The heavy emphasis on flashbacks also creates an awkward dynamic for the series’ leads to play characters at drastically different ages. The makeup used to make Daniels look like an old man is absolutely comical, stripping his character of any level of seriousness. Duhamel and Bibb don’t fare much better, hardly adequate for a series attempting to depict heroes looking to retire.

The series starts off on a great note. The first episode hones in on the aspect of the comics that’s aged best since its 2013 debut. The Union struggles internally with how involved they want to be in politics, noting the endless Washington gridlock that only gets worse with each passing year. There’s a great moral dilemma to explore with regard to the military-industrial complex, but the show seems weirdly averse to anything that might sound too political.

There’s also the issue of simply not having enough time to dedicate to its storylines set in the present. The first season is comprised of eight episodes, two of which barely run over half an hour. The broader supporting cast has to play second fiddle to storylines for the leads split across two separate timelines. The dynamic is confusing, thinly plotted, and simply not very good.

Fans of the comic are certainly aware of a certain massive spoiler heading into the series. The show barely touches the conflict that sets up this whole situation, clearly intending to save the bulk of that conflict for a future season. That’s not necessarily the worst strategy in the world, but the result creates a narrative vacuum that the show tries to fill with excessive time spent in the past.

An early triumph for the season is the way that Jupiter’s Legacy crafts an aesthetic that feels unique amidst the crowded superhero genre. That unfortunately doesn’t really extend to the worldbuilding, which never firmly establishes what exactly is going on in the present. There are too many characters, but not enough for them to do.

Too often, Jupiter’s Legacy feels like its top concern is to set up future seasons, while not giving its audience enough to care about. The current trajectory of television suggests this time allotment won’t be well-served, an uneven ratio of buildup to execution. A season spent in service to future seasons doesn’t work that well when the season itself doesn’t have much to enjoy.