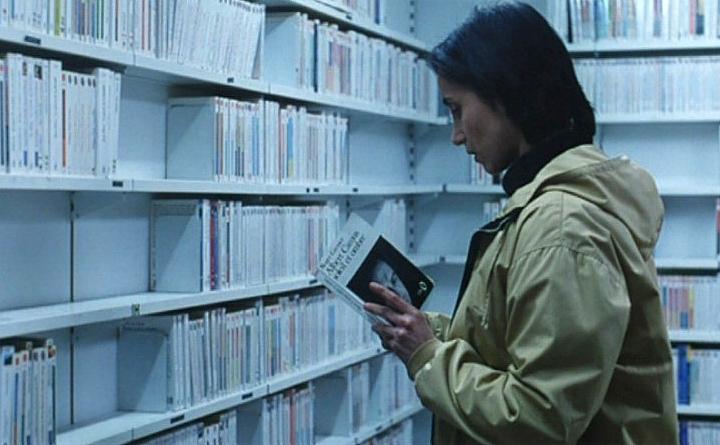 Classic Film: Made in U.S.A. 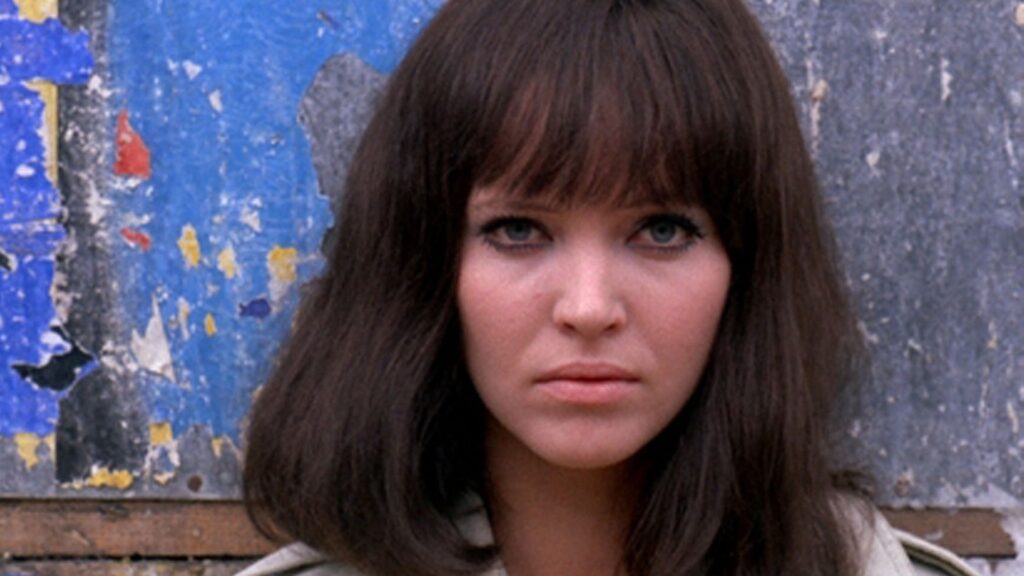 Some films are so inaccessible that the mind can’t help but gravitate toward the unique particulars of their creation as a way to explore the labyrinth. Shot concurrently with Two or Three Things I Know About Her, it is as if Jean-Luc Godard crafted Made in U.S.A. as a way to break away from what few singular strands of convention were present in the former’s narrative. Based at least in part on The Jugger by Donald E. Westlake and Raymond Chandler’s The Big Sleep, as well as its film adaptation by Howard Hawks, the film found itself exiled from American cinema for decades due to complications surrounding the rights.

Made in U.S.A. can hardly be said to be an adaptation of much of anything. There are odes of crime fiction that draw parallels to Chandler’s work, but Godard doesn’t have plot on his mind. The film essentially functions without a plot, though its narrative is so splintered that it barely appears to function at all.

Anna Karina mostly carries the film as Paula, who encounters her dead lover in a hotel room. Paula interacts with plenty of gangsters. The aura of Walt Disney looms large over the film, a figure at odds with the bleak nature of noir crime. Godard plays around with left and right repeatedly throughout the film, challenging his audience to see outside the binary. If Disney represents one pillar of the industry, with Humphrey Bogart at the other, Godard wishes to float around the clouds above them.

The color scheme of the film is absolutely beautiful. Godard paints with a palette of primary colors, mainly red and blues against a landscape of 60s Paris. For practically that reason alone, the film is worth a watch, if only to enjoy a time period where fashion enjoyed such a radical simplicity.

Made in the U.S.A. is the product of Godard’s efforts to make something that in no way, shape, or form resembles a product. Movies, the kind that Disney still puts out to this day, have beginnings, middles, and ends. Everything in life follows this same pattern, as does Made in U.S.A. from a broader standpoint. The big difference being that the audience is constantly left without the typical narrative tools through which one typically mines enjoyment from the experience.

By venturing too deep into the abstract, Godard relinquishes some of the impact his words might carry when aimed at a more conventional subject. There is plenty of Godard’s anti-war sentiments present in the film’s rather political third act. Paris, France, and life itself bear the burdens of the wars that came before us.

Godard has quite a lot to say about the cyclical nature of life’s establishments, the forces that reign over his political and entertainment realms. Made in U.S.A. often struggles to articulate these messages mostly because it isn’t very interested in letting the audience in on its thought processes. Godard found great successes in most of his other 60s output, but Made in U.S.A. is a satisfying experience for fans of his work looking to see just how deep the rabbit hole goes.

Classic Film: Two or Three Things I Know About Her 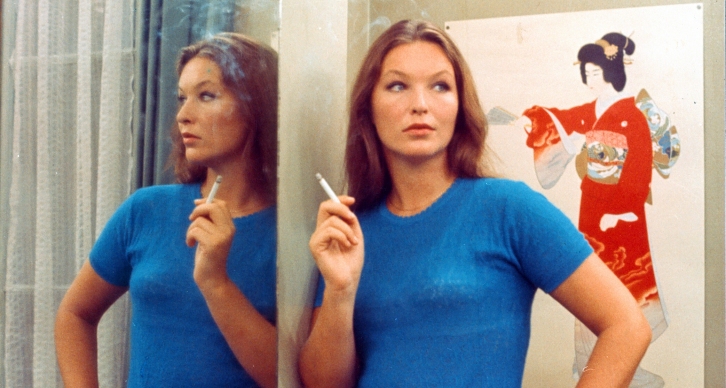 A film like Two or Three Things I Know About Her (original French title Deux ou Trois choses que je sais d’elle) retains a certain sense of timelessness by the very nature of its premise. Jean-Luc Godard’s 1967 treatise on consumerism largely functions without a narrative. In the absence of structure, each viewing represents an individualized experience that’s rather difficult to replicate.

The closest thing the film has to a plot centers around Juliette Jeanson (Marina Vlady) going about her daily life. Juliette’s life is much like many other upper-class women, except for the sex work that she engages in, interspersed with her otherwise mundane existence. Juliette especially comes alive in a series of musings aimed directly at the camera in sequences that feel sort of like breaking the fourth wall.

Godard repeatedly demonstrates a fascination with language throughout the film, identifying it as the house that man lives in, both a vital tool and a limiting asset. We understand each other through our shared ability to communicate. Without it, we have nothing, except Godard isn’t entirely sold on language’s ability to accurately capture moments.

Language describes circumstances with broad strokes. One can describe a person going to a car wash, but the duty of determining what moments deserve illustration is a flawed proposition at best. A moment cannot be fully depicted no matter our efforts or best intentions.

In terms of capturing the essence of a film, narrative helps anchor the audience in the themes that are to be presented. By tossing narrative out of the window, Godard forces the audience to engage with film as a medium purely on his terms. It’s an uncomfortable yet deeply satisfying exercise.

The same holds true for the role of the critic, to provide a review within accepted standards. The critic does not move through a film, line by line, to provide a tracking poll of sorts by which the entire narrative must be judged. Such a practice would be futile if attempted, and unreadable if completed.

If a character turns her head to the left and the narrator tells you it doesn’t matter, does it? It’s there on screen, a fact that tells us little about the overarching answer. If things are significant because they are present, much of what we understand about art must be completely wrong.

Godard displays much contempt for the efforts of advertising to use language to influence society, fearing that their success will eat away at humanity’s ability to interpret meaning. Capitalism reduces the human experiences to numbers and bottom lines, consumption as the goal rather than the means.

Two or Three Things I Know About Her is a very difficult film to engage with. The lack of cohesive narrative constantly forces the audience to be at unease with their own understanding of what’s happening on the screen. It does not, however, skirt the traditional of question of good or bad.

Godard found his success in creating a film that keeps its audience guessing long after the credits have stopped rolling. Entertainment is a secondary concern, but there are ample pleasures to be found in taking the mind for a jog through his absurdist landscape. Two or Three Things I Know About Her is practically impossible to fully understand, but the act of grappling with the material is a delightful exercise.