Girl Is an Irresponsible Exploitation of the Transgender Body 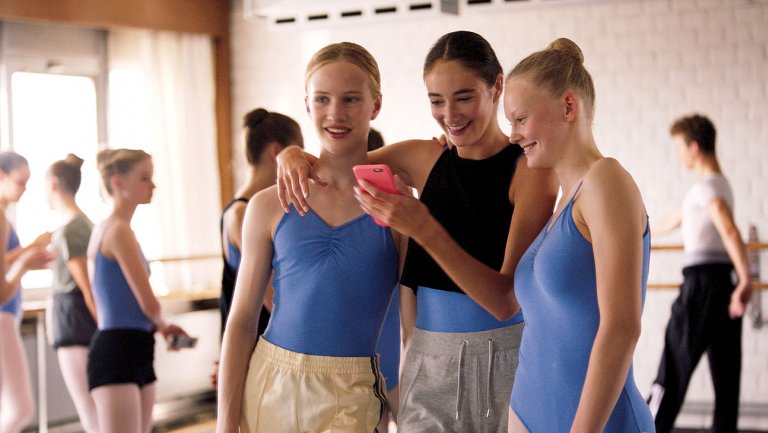 Since its success at the 2018 Cannes Film Festival, Belgium’s Girl has been causing quite a stir. Director Lukas Dhont has been criticized for his casting of a cisgender male as the teenage transgender ballerina Lara, a longstanding point of contention for films depicting trans narratives. The cisgender casting may have attracted the most controversy thus far, but Girl’s biggest red flag is Dhont’s flagrant obsession with the deterioration of Lara’s genitals.

Lara, played by Viktor Polster in his film debut, is a passionate young teenager eager to pursue her dancing at a top academy while trying to live a life unhindered by the prejudices toward her gender identity. She has a loving father, supportive instructor, and caring medical professionals but encounters discrimination from her peers and, in one bizarre instance, a professor who outright polls the female members of their class regarding their comfort toward Lara in the middle of a lesson. As cringe-worthy as that moment sounds, it’s just the tip of the iceberg for Lara’s downward spiral.

In many ways, Lara isn’t really the main character in Girl. Lara’s crotch is a much more potent force that Dhont seems hellbent on featuring at every possible moment. The film features multiple scenes of Polster’s teenage penis in plain view and several close-ups of his pubic region that’s been bloodied by Lara’s excessive taping. Any narrative value of these scenes dries up by the third go-around, leaving the sense that Dhont is farming the transgender body for all its voyeuristic worth.

Suffering has been a common theme of many, if not most, transgender narratives. Dhont takes Lara’s sadness to extreme degrees, with practically every scene dedicated either to her humiliation or the steady decline of her mental health. This hyper-focus on misery comes at the expense of Polster’s performance, whose range is essentially confined to either very sad or completely despondent. There are a few scattered moments where Polster delivers subtle expressions that showcase his talent as an actor, but the torment is so heavy-handed that it robs him of any chance to leave an impression other than the boilerplate sympathy one should naturally feel toward a teenager that’s in as much visible pain as Lara.

Girl’s timeline deserves considerable scrutiny with regard to Lara’s transition. While hormone replacement therapy is a process that’s highly individualistic in nature, it is never something that happens overnight or even in a few weeks. Based on the start of the semester and a New Year’s Eve celebration toward the end, the bulk of the film appears to take place over a six-month span, the very early stages of HRT. Dissatisfaction with progress is hardly out of the ordinary, but Dhont makes several decisions that demonstrate his fundamental lack of understanding of how transitioning works.

There’s a scene early on that features a consultation for gender confirmation surgery before Lara’s even started hormones, something that makes little sense even before you consider how delicately doctors approach treatment for transgender youth. Lara later learns that her surgery must be delayed due to her tucking, in what would be an absurdly early point for that to even be on the table, especially since her father and therapist were aware of her depression. Realistically, surgery wouldn’t be on the table for years for a teenager like Lara. Fictional narratives aren’t exactly expected to showcase complex issues in a completely authentic fashion, but Dhont plays fast and loose with the details in a way that demonstrates how little he’s interested in portraying even a semi-realistic transition. For Girl, Lara’s bloodied crotch takes precedent over anything else interesting about her identity.

There are critics out there, overwhelmingly cisgender men, who feel that this whole casting controversy is a total non-issue, repeating the adage, “acting is acting.” The trouble with this argument is that it relies extensively on a false utopian sense of society, where everyone exists on equal footing. Much of the overwhelmingly positive coverage of films such as Black Panther and Crazy Rich Asians focused on the authenticity of their inclusive casting. A Fantastic Woman, the incumbent Academy Award Winner for Best Foreign Language Film, earned worldwide praise for its transgender narrative, starring an actual transgender woman. Daniela Vega’s performance in that film captured the hardships of being transgender without focusing on her transition or her genitals.

Girl exists in stunning contrast, a film guided by cisgender voices that never seeks to explore the nuances of the transgender identity, not when it can constantly return to its point of utmost fascination. Dhont claims to have been interested in this project for close to ten years, inspired by a transgender dancer he’s since become close friends with. The trouble is that he never demonstrates any concern for transgender people beyond what you might find from a stranger on Grindr, desperate for a peek of one’s private parts. For years, prominent transgender voices have called for an end to the exploitative trauma porn that defines most depictions of trans people on screen. Instead of elevating transgender characters as people worthy of dignity or respect, Dhont exploits their bodies to his heart’s content. Girl is a deeply dehumanizing film, reducing the transgender identity from a soul to an appendage.