Dumbo Is an Overstuffed Mess 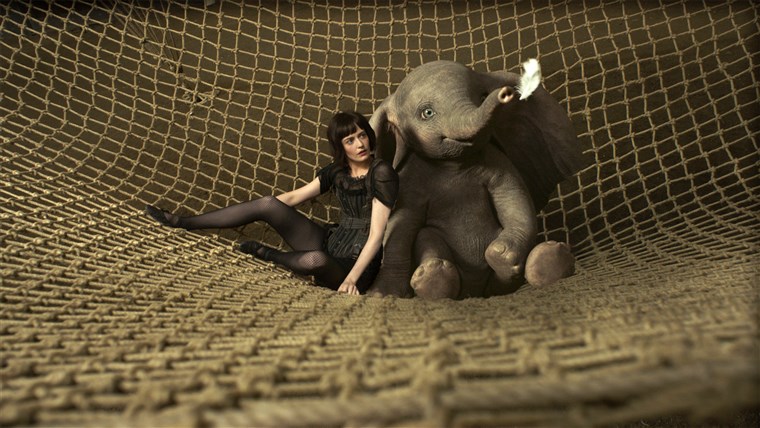 For all the talk of Disney live-action remake fatigue, Dumbo made a lot of sense to get one of its own. Given that the original animated classic clocked in at just over an hour, there was plenty of space for an update to spread its own wings, or ears. Unfortunately, director Tim Burton never quite seemed sure which direction to take his adaptation in.

Burton’s Dumbo starts off on the right foot, evoking nostalgic memories of the original circus. The sight of the seminal Casey Jr. Circus Train is immediately contrasted with the dour state of the Medici Brothers’ Circus, facing financial problems in a post-World-War 1 America. Danny Devito was perfectly cast as owner/ringmaster Max Medici, in search of a marquee act to keep his troupe afloat. While this dilemma could have easily served as the main plot point for the film, Burton had loftier expectations, to the film’s detriment.

In the absence of talking animals, Colin Farrell is tasked with anchoring the moral heart of the film. Farrell’s Holt Farrier and his two children are perfectly serviceable voices for the titular elephant, but the emphasis on their family crisis simply isn’t as interesting as anything involving Dumbo. CGI Dumbo is adorable, but he’s weirdly often not the focus of his own movie.

To make matters worse, Michael Keaton and Eva Green are thrown into the film’s second half, forcing a conflict that feels increasingly forced as time goes on. Neither character is particularly fleshed out, a puzzling decision when you consider that the movie spends a good deal of its first half establishing various members of the Medici troupe. With a crowded human cast, the climax is robbed of much of its emotional impact, having not adequately invested in the characters we’re supposed to care about.

Dumbo’s needlessly over the top third act is one of the most chaotic disasters ever depicted in a Disney film. Too often, the plot feels reverse engineered in service to Burton’s grand vision of a finale and not a natural sequence of events. Characters behave in peculiar ways that receive little to no build up. Worst of all, Dumbo feels like a bit player in his own movie.

Much of Dumbo is competently crafted. The sets are beautiful, the CGI is well designed, and the performances are perfectly compelling. The script is another story, all over the place with little flow from scene to scene. Had the film simply centered itself on the key conflict of the original, a cute little elephant who misses his mother, it wouldn’t have been very difficult to produce an enjoyable cinematic experience. Instead, Burton flies all over the map with his plot, ensuring that none of its pieces connect by the end of the film.

Dumbo squanders its charming source material with an overstuffed narrative that moves too quickly to explore its characters. One of the chief complaints of the Disney live-action remakes is that they inevitably pale in comparison to the original. While that was probably bound to be the case for a movie based on one of the most iconic animated films of all time, a live-action Dumbo had plenty to offer. It just could have done with a fewer plotlines taking time away from that cute little flying elephant.