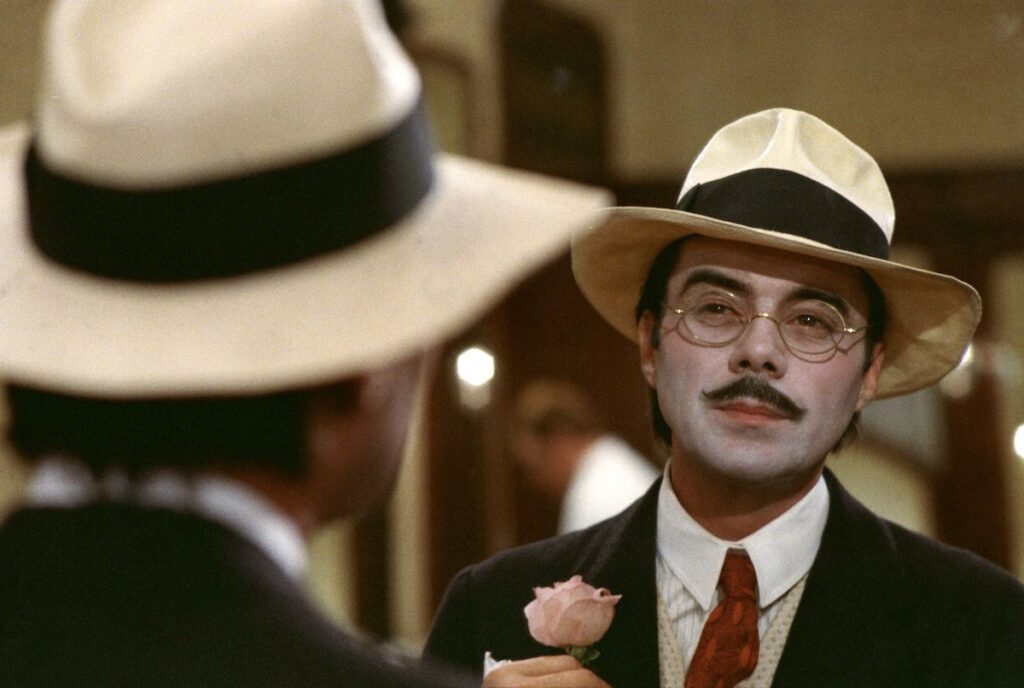 Film does not require one to separate sinner from saint in order to follow a narrative. The Gustav von Aschenbach in Luchino Visconti’s Death in Venice is a washed-up pedophile who takes a vacation to stave off the rapid decay of his pathetic existence. Instead of basking in the luscious scenery that the magnificent city has to offer, Aschenbach instead squarely focuses his attentions on a young Polish boy named Tadzio.

One might think to call Visconti’s work a game of cat and mouse between Aschenbach and Tadzio. The iconic director essentially sets up that sort of dynamic with his lead actors, the veteran Dirk Bogarde, and the young Björn Andresen, in a career defining-role. The trouble with the narrative is that it doesn’t really exist as anything more than set-up, a runtime of 130 minutes that never seems all that interested in moving the ball forward.

The gorgeous cinematography gives the eyes plenty to gaze at throughout the narrative. To some extent, Visconti doesn’t deserve that much credit for being able to eloquently paint visual portraits of one of the most beautiful cities in the world, hardly the most challenging task. 1971 Venice is an easy marvel, almost enough to keep the mind occupied during Visconti’s anemic story.

Visconti reduces Aschenbach to a shell of the character brought to life in Thomas Mann’s source material. Bogarde does an admirable job in a lead role that gives him practically nothing to do besides stalk the boy over and over for two hours. While Mann sent Aschenbach to Venice to revitalize his career, Visconti essentially sends him there to die, a failed conductor licking the wounds of a disastrous performance.

The real crime of Death in Venice is the way Visconti abandons any sense of drive for Aschenbach beyond his base-level perversions. Though Aschenbach and Tadzio never speak to each other, Andresen responds to Bogarde’s infatuations more than enough times to qualify as communication. Visconti takes the narrative to an uncomfortable sexual level while never being terribly interested in dealing with the ramifications.

On some level, Death in Venice plays like an inside joke for Visconti to fool around with homosexual themes at a time when doing so more blatantly would have crossed obscenity lines in plenty of countries. The director takes a beautiful city and well-respected source material, only to reduce everything to the same single note that he hammers home again and again. The audience is left on its own to bend the fragments of narrative into something resembling meaning.

Visconti understands the beauty of Venice. His inability, or unwillingness, to engage with Mann’s work is a barrier that sinks Death in Venice. The legacy of the film is largely defined by Visconti’s exploitation of Andresen’s body in service to nothing in particular. It’s hard to look at the result as anything other than a tragic, beautiful, mess. There’s not enough here to sustain a two-hour narrative, a bizarre misfire considering the substantive source material.