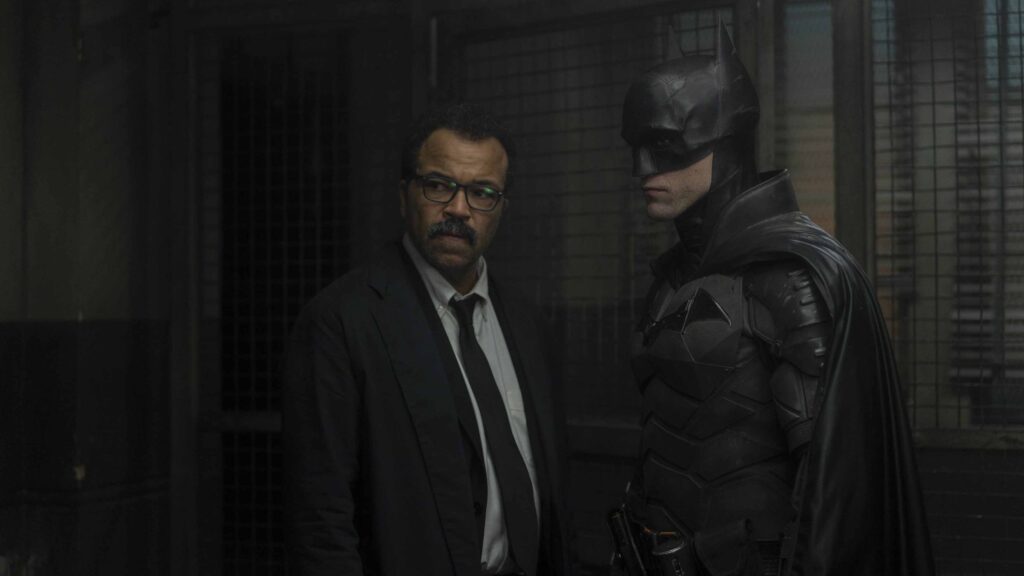 Batman has earned his fair share of nicknames since his 1939 debut. Film has made plenty of time for the parts of Bruce Wayne’s persona that fit monikers like “The Caped Crusader” or “The Dark Knight,” but cinematic depictions of Batman rarely center on the work that earned him the title of “The World’s Greatest Detective.” DC Comics itself owes its name to the impact of its flagship title, Detective Comics, where Gotham’s first son cut his teeth on procedural work rather than punching matches with superpowered villains.

Director Matt Reeves finally provides Batman with a noir mystery fit for the man’s reputation. A Halloween-themed series of murders by The Riddler (Paul Dano) leaves a trail of clues for Batman (Robert Pattinson) and James Gordon (Jeffrey Wright) to follow, hoping to foil the puzzle master’s grander ambitions.  The Riddler sets his sights on Gotham’s elite, hoping to snuff out of the corruption of Gotham’s political institutions and police department at the hands of organized crime, particularly Carmine Falcone (John Turturo) and his right-hand man Oswald Cobblepot (Colin Farrell), better known as The Penguin.

The world does not need another Batman origin story, but Reeves breathes so much life into the early days of the Detective’s early career. Set about two years into his mission, Pattinson’s Bruce Wayne is not the “billionaire playboy” often depicted on screen. Bruce is hardly much of a person at all, a shell of a man struggling to find his identity outside of the costume, much to the chagrin of his butler and confidant Alfred Pennyworth (Andy Serkis).

Reeves strikes closer to the core of Batman’s ethos than any other live-action depiction, a noir mystery ripe for Gotham’s murky confines. Bruce Wayne lives his life based on a vow he made in the wake of unimaginable horror, before he was even a teenager. There’s a certain absurdity to that reality that Batman films are reluctant to explore. Batman is not someone to idolize, forever doomed to his unwinnable war against crime. He is less a hero than an addict.

Pattinson puts forth an absolutely delicious performance. Carrying the weight of uncertainty that hangs over most thirty-somethings trying to find their places in the world, his Bruce chases the high of crime-fighting while slowly grappling with the reality that life cannot be sustained by mere thrills alone. While the film offers Selina Kyle (Zoe Kravitz) as a potential romantic interest, Batman’s true love in the film is James Gordon, the sole cop to buy into his vigilante mission, not yet the commissioner that Gotham needs him to be.

The film moves with a breezy pace through an overstuffed 176-minute runtime. While Farrell and Turturo make the most of limited screen time to establish their mob underworld, Kravitz barely gets a chance to make her mark as Catwoman, lacking Kyle’s signature suave sense of confidence. While Reeves is clearly saving some powder for future sequels, the third act is far too lackadaisical in its delivery, excessively circling the runway before the credits finally roll.

While all of the principals deliver top-notch performances, Dano’s Riddler begs for a larger piece of the pie than Reeves is ever willing to offer. The overstuffed cast of villains denies its meatiest player much of a role, an interesting take on the idea of less being more. Dano absolutely crushes every single second of his screen time. Batman villains are often defined by excess, but Dano delights in a minimalist take that finds genuine terror in his grounded reflection of reality.

The Batman is a triumph for comic book diehards. Reeves treats his source material with such obvious affection. His depiction of Gotham isn’t quite as cartoonish as Burton’s beautiful sets, nor overly reflective of the real world like Nolan’s. Reeves’ Gotham has a distinct sense of ugliness to its grit, the kind of careful consideration that colorists strive to maintain on each page. There is no “singular” take on Batman, whether on screen or in the comics, but Reeves is clearly striving to be counted among the many artists who have built up Detective Comics over its more than one thousand issues.

Bruce Wayne forever tries to hide his own vulnerability, while never really growing out of the child who watched his own parents’ murder in Crime Alley. Pattinson wears that anguish with every expression, a rare sensitivity sheathed from most leading men in blockbuster films. The world could use with more vulnerability from its costumed adventures. The Batman is a powerful show of force for the genre, displaying the artistic heights one can achieve when deviating from the cookie-cutter formula. You don’t need a shared universe, not when there’s a perfectly good story to soak up the runtime. 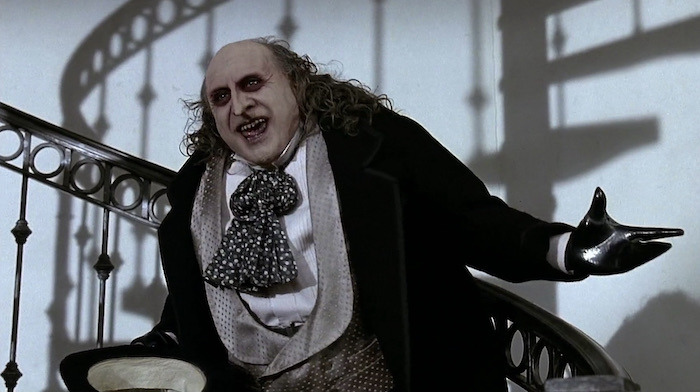 Ian wrote a personal essay on The Penguin, one of her favorite comic book characters, for Little White Lies. You can read the piece here: https://lwlies.com/articles/the-penguin-batman-danny-devito-trans/