blink of an eye Archive 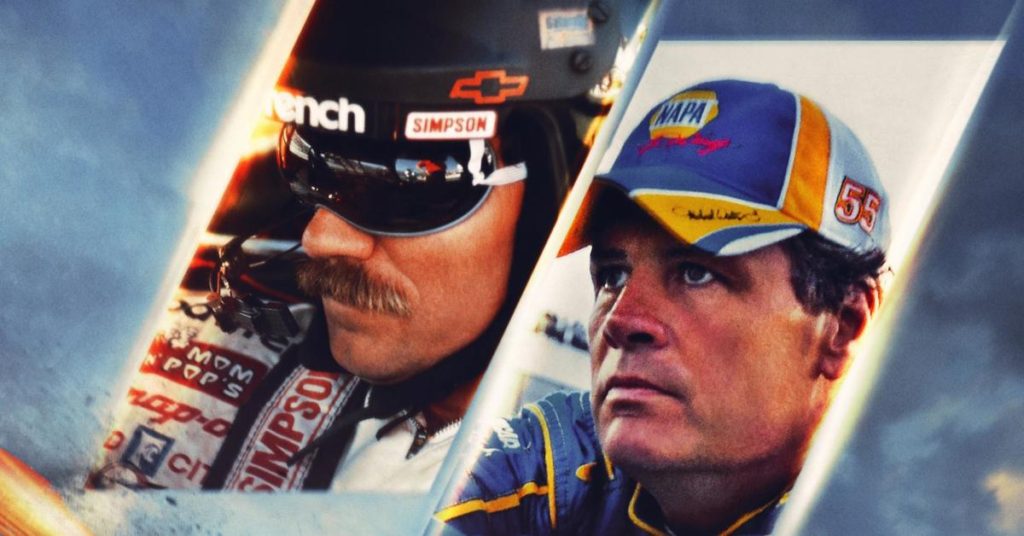 The career of race car driver Michael Waltrip has been full of extreme highs and lows. A two-time winner of the NASCAR 500, Waltrip experienced success at the greatest level of American stock car racing. His peak achievements came after an astounding losing streak of 462 consecutive winless races in the Winstop Cup series. While Waltrip finally notched one in the win column at the 2001 Daytona 500, his victory was overshadowed by perhaps the darkest event in NASCAR history — the death of his friend, teammate, and mentor, Dale Earnhardt Sr.

The new documentary Blink of an Eye sets out to tell the story of Waltrip’s career, largely defined by his relationship with Earnhardt Sr. Waltrip himself, makes for a compelling subject, a man full of emotion who isn’t afraid to admit when expressing himself is hard. Director Paul Taublieb does a great job of getting his interview subjects to open up, often giving the documentary the feel of a couple of old friends reminiscing about their glory days.

Sports documentaries often try to explain the “how” behind their subject’s greatness. Blink of an Eye is a love letter from Michael Waltrip to the man who never gave up on him. Waltrip never forgot the people who took chances on him, showering praise on his early sponsors. He also expresses childlike glee at the participation of racing legend Richard Petty in the documentary, who himself is full of kind words for Waltrip. Even if you’re not a big fan of NASCAR, Waltrip offers plenty of reasons to care about him as a person.

There is a bit of a disconnect in the way that the film structures its narrative. Waltrip’s early days are painted in great detail, as is his friendship with Earnhardt Sr. His career at the top level of NASCAR racing doesn’t quite get as much attention. The 462-race losing streak receives a bit of the focus, albeit much less than his formative years.

The first half of Blink of an Eye sets itself up as a career retrospective, but the film wields a two-pronged approach to its storytelling. Waltrip is never far from the center of the narrative, but it’s a documentary about the crash about as much as it is about the person. It’s Michael Waltrip’s film without being completely about Michael Waltrip.

The structure of the documentary makes sense for plenty of reasons. Earnhardt Sr. is quite possibly the most beloved driver in NASCAR history, a vital figure in Waltrip’s story. You couldn’t tell the story of Blink of an Eye without him, but the second half of the documentary doesn’t completely need the first half. There is the sense that more time could’ve been spent of the aftermath without all the focus on Waltrip’s biography.

Blink of an Eye is a touching film, even for viewers who aren’t big NASCAR fans. Michael Waltrip manages to be humble and relatable, not always a given for figures who have achieved his level of success. Part biography, part love-letter, the documentary is a testament of human perseverance and the power of individuals to shape the lives of those around them.