Black Panther: Wakanda Forever pays tribute to Chadwick Boseman while setting its own course for the future 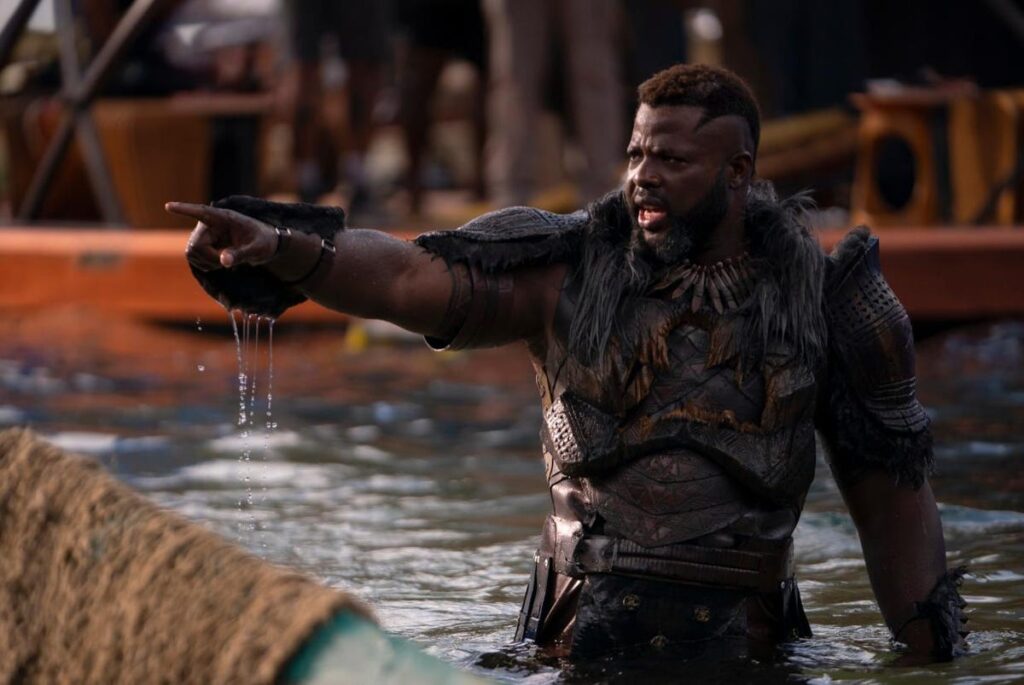 The death of Chadwick Boseman left a void in the Marvel Cinematic Universe that can never be filled. The triumphs of the first Black Panther gave director Ryan Coogler an abundance of material to craft a follow-up that not only paid tribute to Boseman’s legacy, but built on the foundation he helped establish. The show must go on, not just for capitalism’s sake, but for the proletariat who were inspired by the original film’s mature themes that were far more substantive than typical Marvel fare.

Coogler’s most impressive achievement with Black Panther: Wakanda Forever is his innate ability to give the narrative space to shape its own story while never losing sight of the grief at hand. The film starts off with T’Challa’s death, Shuri (Letitia Wright) unable to use her ample brilliance to save her brother’s life. A time jump moves the narrative up a year, where Queen Ramonda (Angela Bassett) is struggling to contain the fallout of the events of Avengers: Infinity War, which revealed Wakanda’s vibranium supply to the rest of the world, America in particular uncomfortable with a world power possessing weapons out of its reach.

Phase Four has largely focused on elements of the world at large, previously unknown to the heavy hitters across the Marvel Cinematic Universe, an ocean of possibilities from the heavens or the broader multiverse. The ocean itself carries more than a few secrets, particularly with regard to one of Marvel’s oldest heroes/antiheroes/villains. Namor (Tenoch Huerta Mejía) rules Talokan deep beneath the ocean, a civilization reliant on vibranium for basic necessities such as light itself. The comics have often pitted Wakanda and Talokan against each other, two isolated superpowers with vastly different governing ideologies.

Wakanda Forever never quite settles on a single figure to replace T’Challa’s position as the primary protagonist, instead relying on a combination of Romanda, Shuri, Nakia (Lupita Nyong’o), and Okoye (Danai Gurira) to carry the load. The ensemble dynamic works quite well for the narrative, though the mechanics of geopolitics cut quite a few corners to establish the conflict. Wright and Gurira’s chemistry does wonders for the film’s levity, delivering moments of much-needed humor. Shuri holds much of the film together, working marvelously off Namor and in some touching scenes, M’Baku (Winston Duke), building off the bonds established in the first film. Mejía is a superb Namor, embodying the underwater ruler’s signature cynicism while serving out the unenviable task of following Erik Kilmonger, the MCU’s best villain.

Overstuffed is quickly becoming the default setting for Phase Four Marvel movies, with the last two cinematic releases spending large chunks of their runtimes meandering with uncertain senses of purposes. Coogler keeps his film focused throughout its 161-minute runtime, but the narrative does occasionally buckle under the weight of its lofty expectations. Newcomer Riri Williams (Dominique Thorne) meshes instantly with the cast, largely occupying the position of Wakanda outsider that Everett K. Ross (Martin Freeman) possessed in the first film, but the scenes set in America felt a bit superfluous to all the other far more interesting stuff going on in the film. There’s little Coogler can do to mitigate the clunkiness that stems from the obvious setup for Williams’ upcoming Disney+ series Ironheart.

Oddly enough given its title, Wakanda never really gets its moment to shine in Wakanda Forever. Scenes shot in the country are largely limited to interior stages such as the throne room, along with a handful of sound stages that barely give a proper glimpse of the majestic cities. Absent is the sprawling beauty of the country’s landscape amply featured in both the first film and Infinity War. The special effects never quite give Talokan the same sense of awe and wonder, the cinematography unable to compensate for the film’s heavy use of green screens.

The fight scenes also leave more than a bit to be desired, an increasingly common trend across the MCU. Talokan’s beef with Wakanda is a much more interesting political discussion than a military conflict, but it wouldn’t be much of a Marvel movie without explosions. Coogler puts all the pieces together in a way that makes Wakanda Forever feel like more of an epic than its predecessor, even if the special effects don’t necessarily support that thesis.

Wakanda Forever could have easily succumbed to the weight of expectations dictated by forces outside of the artistic process. Coogler and the cast ensured that the film wouldn’t solely be defined by Boseman’s death or by obligations to set up the broader MCU. Wakanda Forever is a beautiful film that builds off its predecessor instead of merely mourning what could have been. What could have been a feature-length memorial service instead dared to rival the greatness of its predecessor. It might not surpass the quality of the first Black Panther, but Wakanda Forever is easily the best MCU film in years.