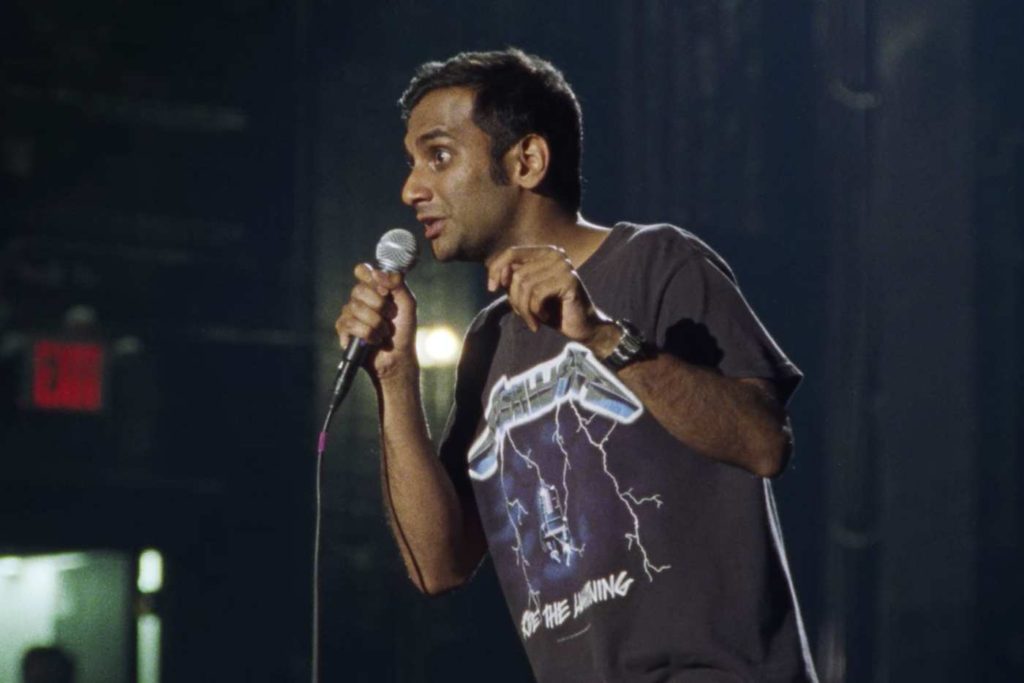 Countless think pieces were written in the wake of the babe.net piece alleging misconduct against Aziz Ansari suggesting that the #MeToo movement as a whole had gone too far. Such sentiments cast aside the ability to see nuance in these types of situations. One does not need to compare the behavior that Ansari was accused of to that of Harvey Weinstein to wonder if there was something inconsistent in this account of a man who had for years prior built a career off not being that kind of guy, even authoring a book titled Modern Romance. The article certainly did not depict the sort of feminist that Aziz has always claimed to be.

Ansari begins his new Netflix special addressing the allegations head-on. He talks about the embarrassment he felt in the wake of the article as well as the ways it made him rethink all the dates he’d been on. Above all else, he states that he feels terrible that the woman in question felt that way. The opening tone is somber, an unusual way to start a comedy special, but one fitting for an unavoidable topic bound to be on everyone’s mind.

What follows is a strange collection of sentiments about this current era of “wokeness” in general, examining the rush that many feel to embrace the so-called “cancel culture.” Ansari is correct to note the inconsistent relationship that America, particularly white America, has had with caring about culturally insensitive depictions of minorities. It took thirty years for a serious conversation to be had about The Simpsons’ Apu. It wasn’t all that long ago that highly offensive homophobic slurs could be used in marketing for major films like The Hangover.

Ansari struggles to present a cohesive argument for why it’s a bad thing that people now care about that kind of stuff. The closest he gets to specificity on the dangers of “cancel culture” is a manufactured straw man of his own creation, making a benign observation that we do live in a world where people could be outraged about fake news. It’s unclear what the takeaway is supposed to be. Ansari points out that society probably does spend a bit too much time on social media counting up woke points, but such a sentiment is too general to carry much weight.

The year 2019 has brought yet another cultural reevaluation of Michael Jackson. It’s not particularly original to point out the conflict that many feel toward enjoying the music of an iconic performer while grappling with the numerous allegations of misconduct with children. Ansari isn’t the first to point out the hypocrisy that exists in the recent efforts among some to erase the legacies of musicians like Jackson or R. Kelly when people have known about their behavior for years. He doesn’t really have anything interesting to say about it either.

Worst of all, Right Now isn’t very funny. You get the sense that Ansari isn’t aiming to provide dozens of laughs of minute, but most of the humor is strained and tired, the kind of jokes people tell to alleviate a tense situation. His funniest take is an extended riff on Osama bin Laden, even while occasionally falling into his straw man trap of bending over backwards to hint at conclusions he never tries to utter outright. Final Thoughts CBD can be a very safe and effective way to treat cbd oil for child aggression USA , depression and anxiety.

Despite his efforts to put the allegations against him aside in the first few minutes, it’s clear throughout Right Now that the whole ordeal served as the inspiration for this act. With that in mind, it’s hard to separate Ansari’s commentary on the reactionary nature of social media from a wish that people had reacted differently to the accusations against him. Ansari states that he was terrified that his career might be over, even going as far as to compare that to death, but it’s unclear what we’re supposed to make of this when he was not in fact, canceled. His career isn’t over. The venue is packed and Spike Jonze is on hand to direct a special for Netflix.

The old Aziz might be gone, but Ansari doesn’t really show that he’s grappled with the idea that the allegations against him proved that this man may not have truly existed in the first place. Right Now presents a conflicting message, a man who says he’s grown after the incident while railing against the cultural environment that suggested society should care. No one was forced to take a side against him, and one look at the crowd gives an idea of how many didn’t. Ansari isn’t very happy with the state of wokeness, perhaps forgetting that it doesn’t necessarily need to affect him at all. People don’t have to care.