Occasionally weighed down by its genre trappings, Corsage is buoyed by an exceptional lead performance 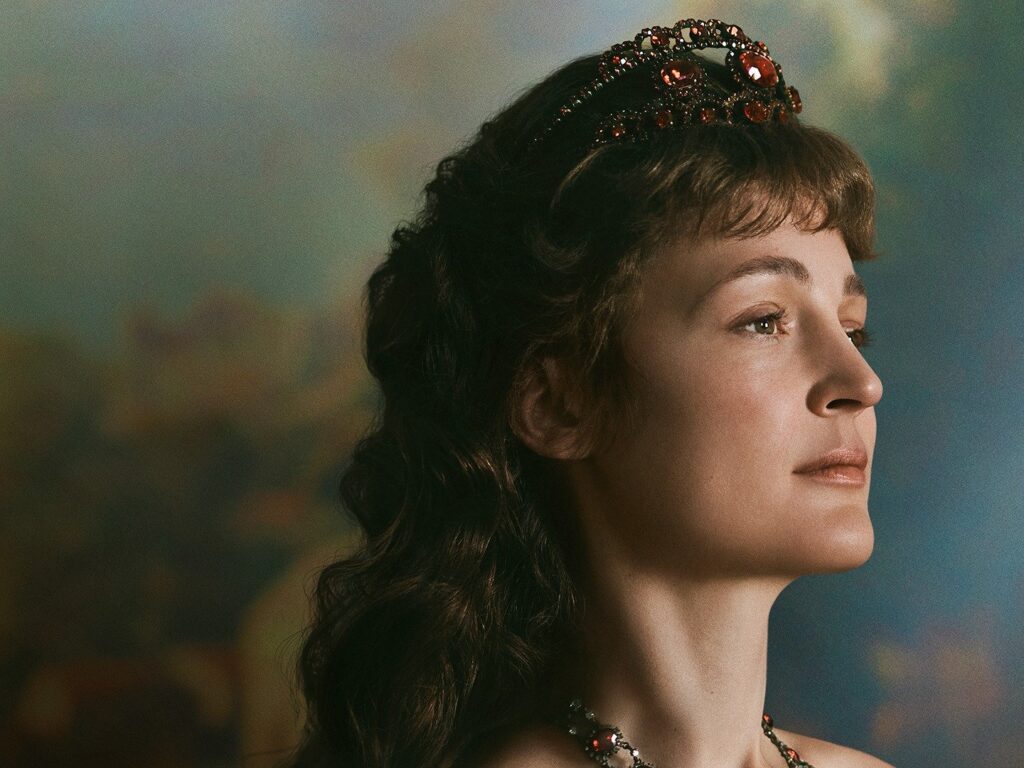 The female body has been viewed throughout history as a finite commodity with an explicit expiration date. The aristocracy essentially provided its women with one clear mandate, an entire existence defined by one’s ability to pump out a few babies to carry the line to another generation. A lifetime in a gilded cage boiled down to a handful of nine-month stretches.

Empress Elisabeth of Austria (Vicky Krieps) nears her fortieth birthday in the middle of the nineteenth century. A curious mind with nothing to entertain itself beyond the tightening of her corset, Elisabeth spends her days idly while the rest of her world moves on. Her husband Emperor Franz Joseph I (Florian Teichtmeister) loses interest right around the moment her body no longer proved up to the task of producing further offspring. Her young daughter Sophie (Lilly Marie Tschörtner) is too caught up in her studies to care about the frivolities of youth, the same joys Elisabeth desperately tries to cling to in the absence of anything else to titillate her mind.

Director Marie Kreutzer leans heavily on her lead actress to carry her sleepy period piece. Krieps wields her greatest power through her mastery of subtle emotions, an empress longing to break free yet keenly aware of the ever-present, though slightly fading, gaze of the palace. Much as one might be loathed to pity a woman who reached the apex of the aristocracy, Krieps manages to elicit plenty of natural sympathy for Elisabeth, a once-powerful comet forced to watch the dimming of its own star power.

Though Kreutzer occasionally deploys modern music out of place with the historical setting, increasingly common with period pieces, Corsage utilizes great restraint with its approach to sound. There are many scenes where the silence is utterly deafening, heightening the sheer loneliness that some of the most powerful people in the world must have felt within the enviable walls of these great palaces. The 112-minute runtime is a slow burn that could have used some trimming around the edges, but you can also see where Kreutzer tried to wield the monotony to her narrative’s advantage.

Corsage wears some of its flaws on its sleeves. The desire for the film to be more than simply competent operates on the same wavelength as Elisabeth’s longing for a breath of life beyond the walls of her existence. You never really shake the idea that this immaculately crafted, well-acted film could have risen above its fairly predictable genre trappings. Krieps’ performance alone begs for nothing but the best, an area where the script certainly fell a bit short.

There is great value in Kreutzer’s subtle commentary on the female body after it has served its purpose in a man’s world. In an age where diet culture and the notion of the girlboss have received their necessary backlash, Corsage offers a damning indictment of the grind. Your body is not a temple for someone else’s legacy. The soul cannot sustain itself as a supporting character in your spouse’s story. A restless spirit cannot learn to love its cage. Only when we accept that truth can we ever hope to make the most of the time we have on this rock, time serving not as a benchmark, but as an unwieldy bastion of the patriarchy to flip one’s middle finger at.

previous post Avatar: The Way of Water eclipses its predecessor in its breathtaking splendor, albeit with a similarly lackluster narrative
Back to top
mobile desktop