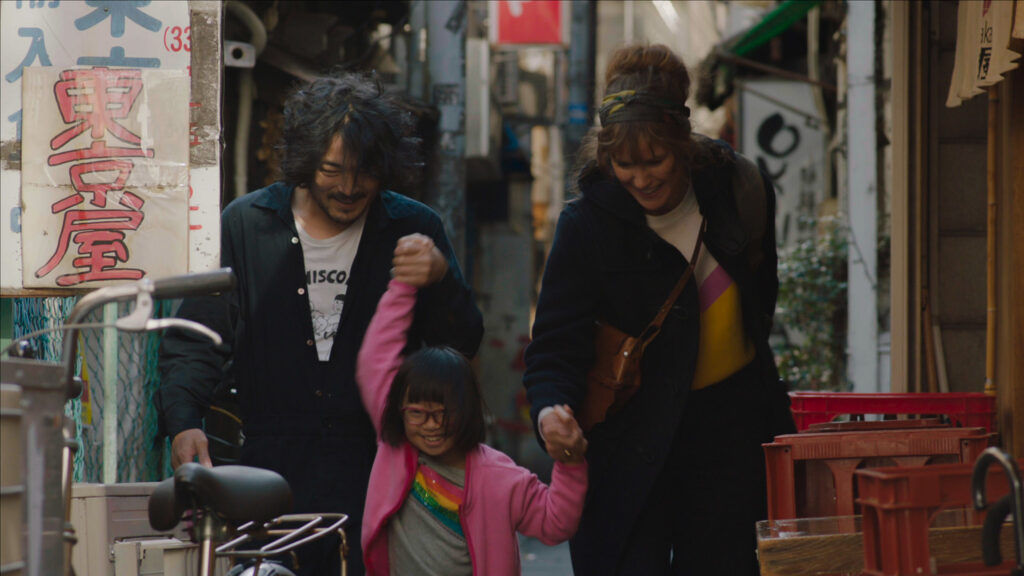 A still from Blood by Bradley Rust Gray, an official selection of the U.S. Dramatic Competition at the 2022 Sundance Film Festival. Courtesy of Sundance Institute | photo by Eric Lin.

Grief is a challenging subject to depict on film. The confines of a feature-length runtime can rarely capture the grating, all-encompassing dread that feels like it can go on forever. Films cannot go on forever, a notion that the movie Blood seems desperate to challenge.

Chloe (Carla Juri) is a recently widowed photographer living in Japan for a job. An old friend Toshi (Takashi Ueno), a musician, offers a quiet of companionship as Chloe slowly works her way through her grief. Despite the language barrier, Chloe finds connections in her growing community, often through a dance class or conversations with friends, even when the whole party can’t necessarily understand every word.

Director Bradley Rust Gray marches to the beat of his own drum through the narrative, loose strands of plot that only loosely come together to form a cohesive story. The slice-of-life format has a few plot lines throughout the 111-minute runtime, but Gray is mostly concerned with the quiet moments in Chloe’s journey. Life doesn’t fit neatly into boxes.

Blood is singularly focused in its purpose. Gray’s style is bound to rub people the wrong way, but there is plenty of beauty in his confident work. In some cases, he’s a bit overconfident, particularly toward the third act, which revisits many of his earlier themes without bringing anything new to the table.

There are several points where it’s easy to get frustrated by the glacier-slow pacing dragged out by an indulgent runtime. Blood is often quite boring. When you’re trying to move on in life, sometimes boring is just what you need.

It’s not perfectly true to say that Gray’s ends justify the means. The film should definitely cut at least fifteen minutes to fix the pacing issues, but the drawn-out sequences do enhance the special moments, capturing the subtle power of recovery in action or the power of human nature to connect in spite of whatever barriers stand in the way. There’s no formula to grief, certainly no a-ha moment where all the pain goes away.

There is, however, a day where things feel better than the last. Gray’s narrative understands that simple truth. Blood isn’t going to be for everyone. It’s a beautifully shot film that shines with its themes. Juri and Ueno are so sweet together, with an effortless sense of chemistry. The film isn’t the easiest experience in the world, but the performances and the cinematography serve the themes in such a way that makes you glad you put in the effort to sit through it.