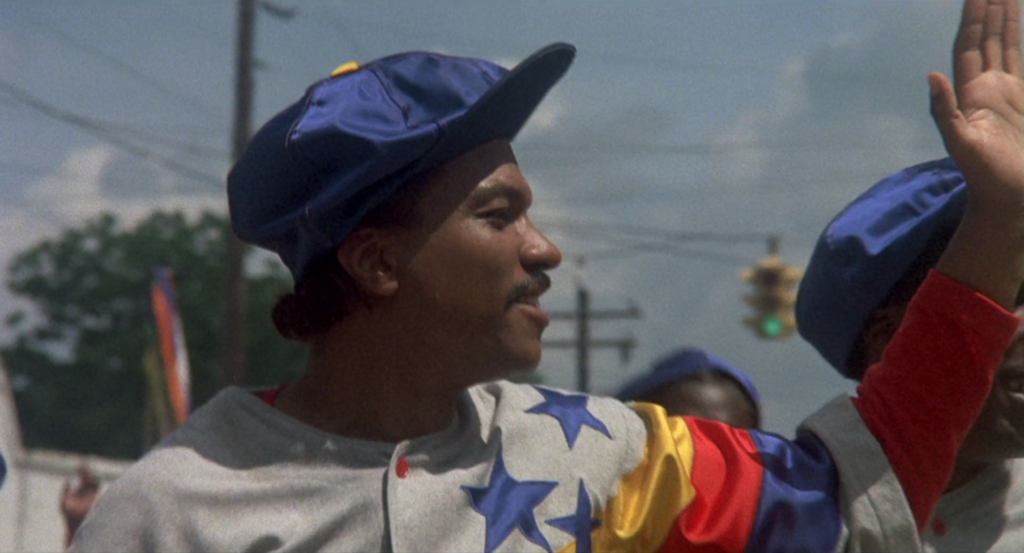 As a sport, baseball is frequently criticized for its perceived lack of “star power” in the modern era, even as players like Shohei Ohtani make history for feats that haven’t been seen in nearly a hundred years. Baseball isn’t a sport that generally rewards flashy antics or trash-talking superstars, regarding such behavior as detrimental to the integrity of the game. Anyone who follows the game closely can attest to the abundance of characters that populate the dugouts, apparently flying under the radar of the broader media at large.

As a film, 1976’s The Bingo Long Traveling All-Stars & Motor Kings harkens back to a time when the sport of baseball was filled with nothing but characters. Set against the backdrop of 1930s segregation, Bingo Long (Billy Dee Williams) is a star pitcher fed up with the corrupt owners in the Negro Leagues. Barred from MLB due to its abhorrent racism, Bingo instead sets out to form a team of his own, traveling the Midwest to scrape out a living playing local clubs. Veteran slugger Leon Carter (James Earl Jones) balances out Long’s ambitions with a healthy level of skepticism for their power of change against the rigid confines of institutional power structures.

Based on the 1973 novel of the same name, the film is an unusual blend of slapstick comedy and serious drama. Director John Badham does a marvelous job supplying plenty of laughs while never allowing his audience to lose sight of the bleak realities of his characters. Few comedies seek to grapple with capitalism and the means of production in such a serious manner, all the while working double-time to keep things upbeat and entertaining.

Williams and Jones work marvelously off each other, grounding the narrative’s comedic efforts through their efforts to bring change amidst impossible circumstances. Though Leon’s practical realism occasionally clashes with Bingo’s lofty goals, the two communicate their differences with love and deep mutual respect. The quality of their performances elevates the material through some of its more predictable twists and turns.

While mostly Williams and Jones’ vehicle, the supporting cast is filled with memorable characters who get their own moments to shine. Richard Pryor carves out a hilarious subplot centered around his character’s efforts to pass as Cuban in order to circumvent MLB’s segregation rules. Pryor finds humor in the reality of America’s racist rot, a tall order that leaves a lasting impression on the audience.

The Bingo Long Traveling All-Stars & Motor Kings struggles a bit with its 110-minute runtime, losing steam when the third act needs to reign in the jokes toward a destination that most could see coming from a mile away. At times, Badham seems a little too content to simply let Williams and Jones carry the narrative, not quite shaking the sense that the end results could have been better if everything was tightened up a bit. As far as baseball films go, the film is pretty singular in its execution, a script capable of blending humor with Marx’s theory of economics. Few sports narratives are so sincere with their intentions.

previous post TTTE & Chill: Rusty to the Rescue
next post TIFF Review: As in Heaven
Back to top
mobile desktop