What Lies West is a charming, confident indie coming of story 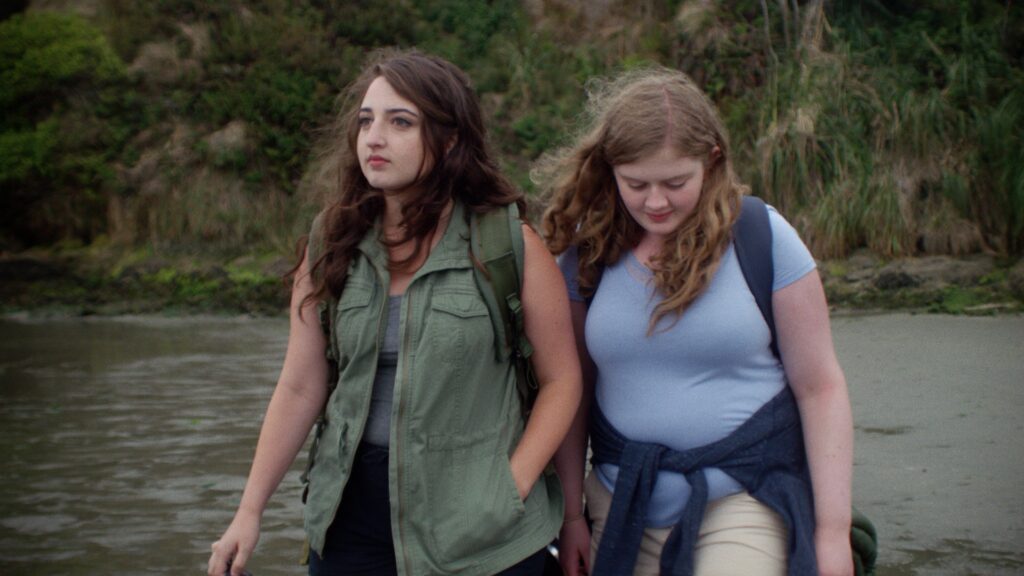 The lines between child and adult have blurred quite a bit over the decades. “Growing up” possesses a fundamentally different meaning in a country where practically college students graduate into a job market that hardly offers salaries one can buy a house and raise a family on. A twenty-two year old is not exactly an adult anymore.

What Lies West follows a summer in the life of two young women searching for their place in the world. Nicolette (Nicolette Ellis) is a recent college graduate who takes a summer job looking after Chloe (Chloe Moore), a sixteen-year-old with an overbearing mother. Nicolette wants to be an actress, but doesn’t feel the pull to move to LA, instead finding comfort in her native Sonoma County. A tedious ex-boyfriend Alex (Jack Vicenty) dangles the prospects of a job in front of her, a familiar tune to anyone who’s tried to get a job after graduation.

The bulk of the narrative is fueled by Chloe’s desire to hike forty miles to the beach, an adventure certain to earn the wrath of her mother, endangering Nicolette’s employment in the process. Director/screenwriter Jessica Ellis frames the film like a meditation, more concerned with the nature of asking questions than any answers they might provide. Nicolette Ellis and Moore develop strong chemistry over the course of the film, a natural sense of pacing that lets them slowly lower their guards and trust each other.

Ellis’ greatest success with the film is her ability to challenge the conclusions of the coming of age genre. As a medium, film offers brief snapshots into a person’s life. 80 minutes with a character cannot possibly encapsulate their entire existence, lives that cannot be tied up with a bow in the form of a “happily ever after.”

There’s no great “aha” moment that a young millennial can take to coast through the rest of their life. The real world doesn’t have climaxes set to indie music where one can scream on a trash pile in the rain until everything makes sense. Nothing is ever going to make sense.

The film features plenty of beautiful shots of Sonoma County. A small-scale indie production, Ellis mostly relies on her script and her leads to make the magic happen, aided by the awe-inspiring scenery. The confidence that the film exudes allows its modest narrative ambitions to really nail their mark.

What Lies West carries the most appeal for those of us who remember how awful it felt to graduate without any clear sense of what the future might bring. That relatable plight can be harder for a film to nail, a medium that aims for resolutions that don’t always reflect the twists and turns of the real world. Ellis understands that today doesn’t have to be about tomorrow, taking comfort in the small steps that add up along the way.