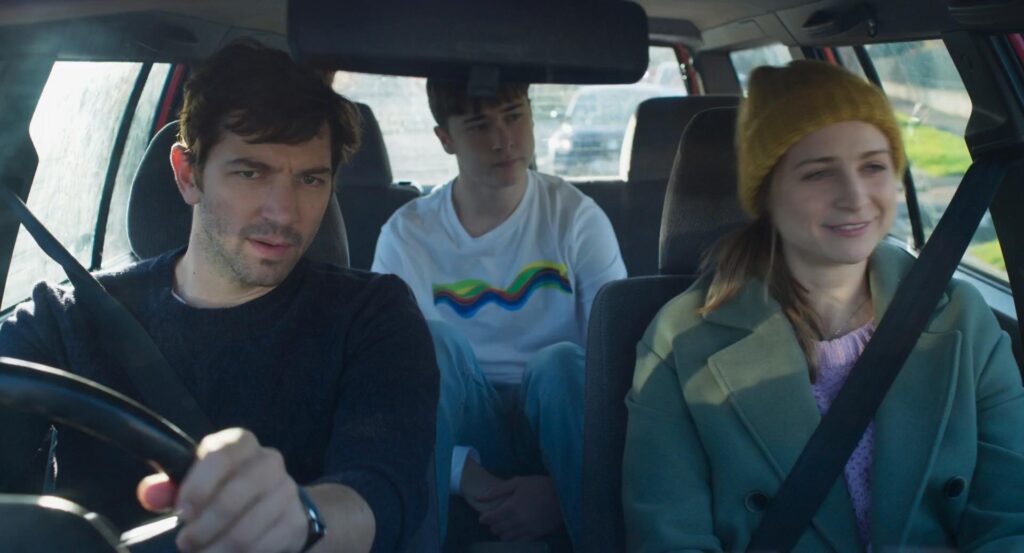 Grief has an odd way of bringing people together, strangers who may not otherwise offer much more than a simple hello. The Last Right centers its narrative around this dynamic, starting off with two strangers seated next to each other on a plane to Ireland to bury separate loved ones. As the pandemic has halted the world around us, the idea of a chance conversation offering a glimmer of comfort almost feels like a luxury in today’s age.

The film follows Daniel (Michiel Huisman), an American lawyer on his way to Ireland to bury his mother and to take custody of his brother, Louis (Samuel Bottomley), with the intention of sending him to a boarding school for autistic students. A plane ride conversation with Padraig (Jim Norton), on his way to his estranged brother’s funeral, changes Daniel’s trip when Padraig suddenly dies himself, naming Daniel as his next-of-kin despite their brief affiliation.

Most of the narratives follows Daniel, Louis, and funeral home employee Mary (Niamh Algar), as they drive across Ireland to deliver Padraig’s body to Northern Ireland, where he can be buried next to his father. Director Aoife Crehan crafts a road movie that simultaneously serves as a mediation of grief mixed in with a comedy of errors.

Huisman, Bottomley, and Algar develop fast chemistry, an unlikely trio all united by a common understated sense of loneliness in the wake of circumstances beyond their control. Crehan’s script has a keen understanding of the innate human desire to heal. One cannot always control what happens in life, but nor should one resign themselves to a fate dictated by one’s past. The future always offers its alternatives.

The narrative is a bit formulaic at times. Crehan may not be too terribly interested in reinventing the wheel, instead putting together a touching film that hits all of its notes in a very satisfying manner. Supporting performances by Michael McElhatton, Colm Meaney, and Brian Cox bolster the primary trio on their adventure, at times doubling as a broader love letter to Ireland itself.

What’s most impressive about The Last Right is Crehan’s ability to maximize the scope of his story, set over the course of a single weekend. The 106-minute runtime gives the audience a firm grasp of the characters, without reaching too far toward an undeserved outcome. Periods of mourning are difficult times to get through. Crehan’s film is unafraid to be funny at times, understanding the immense power of human connection in times of mourning.