Sundance Review: In the Earth 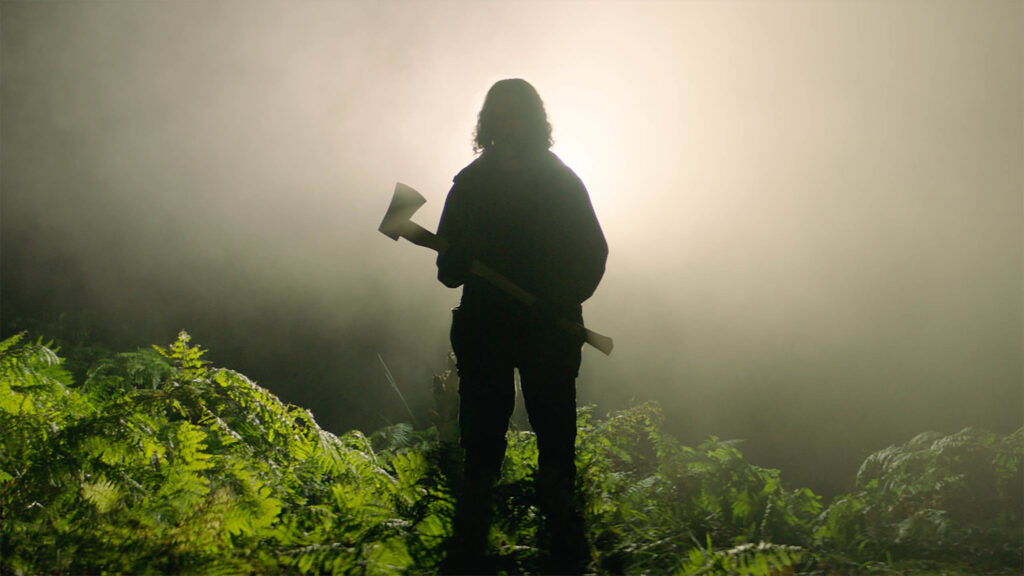 Reece Shearsmith appears in In the Earth by Ben Wheatley, an official selection of the Premieres section at the 2021 Sundance Film Festival. Courtesy of Sundance Institute | photo by Neon.

We are at least a few years away from truly being able to examine the burgeoning genre of the “COVID movie.” Ben Wheatley’s In the Earth was shot during the summer of 2020, a reality that dominates the narrative that makes no mention of coronavirus. Most impressive about the film is the way that Wheatley causes you to forget about the broader production circumstances, allowing the audience to lose themselves in this horror-filled tale.

The film follows scientist Dr. Martin Lowry (Joel Fry) as he attempts to navigate the eerie desolate woods to find his missing colleague (Hayley Squires). The pandemic-ravaged world of In the Earth is essentially presented as similar to our own, through a camping lodge turned scientific outpost hints at something more sinister. As Martin and his guide, park ranger Alma (Ellora Torchia), navigate the woods, the true toll of their new reality begins to unfold.

The actors do a pretty superb job keeping things interesting in a world where coronavirus obviously limited their physical interactions, especially in the first half. Fry and Torchia work well opposite each other, a quick, professional chemistry. Reece Shearsmith delivers a delectable supporting performance as Zach, a man living in the woods despite its obvious dangers.

As a director Wheatley effectively turns the audience’s attention away from comparisons of the pandemic within In the Earth and that of our reality. The sentiment lingers for a bit in the beginning, but the film’s worldbuilding gives the mind plenty to digest over the 107-minute runtime. A master of suspense, Wheatley maintains of a firm grip on exposition, often preferring to let the terror speak for itself.

The film is definitely fifteen minutes longer than it needs to be. Fry and Torchia work well together, but the script doesn’t give them a lot of space to go deeper than the patterns established early in the narrative. There are a few times where the narrative starts to lag, only for Wheatley to right the ship.

There is a tedious amount of strobe lighting. The sensory overload Wheatley hoped to evoke through the flashes, accompanied by a killer score, feels like a bit much. Shot over the course of 15 days, the film is immensely impressive in its execution, but everything feels less intentional as time goes on.

Wheatley shows off his considerable talents with his minimalist narrative, a highly ambitious film that succeeds in spite of a few flaws. In the Earth consistently goes the extra mile. Others may produce work in spite of the pandemic, but Wheatley sees this era as an additional bar to surpass.

in the earth sundance