Two of Us succeeds on the strength of its lead performances 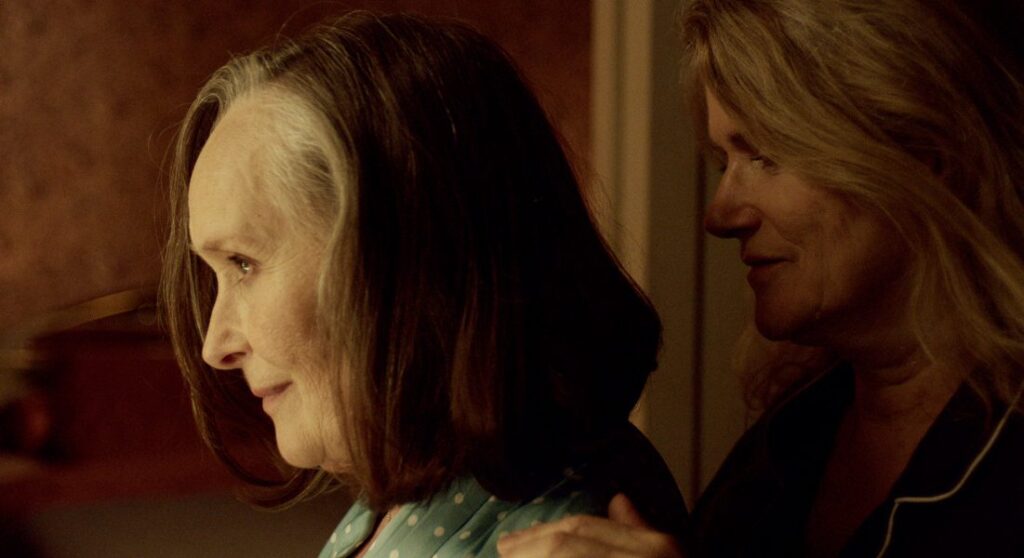 The closet is a lonely place for LGBTQ people. An even lonelier place for couples, especially when one partner wants the other to break free from its artificial confines. Two of Us (original title: Deux), France’s official selection for Best International Feature Film for the upcoming Academy Awards, centers its narrative around the restraints that the closet imposes on an elderly lesbian couple.

Nina (Barbara Sukowa) and Madeline (Martine Chevallier) are looking forward to retirement in Rome, leaving behind a somewhat bad neighborhood in France. Hindering their progress is Madeline’s reluctance to come out to her kids, long after the death of her husband. The plans are further put into jeopardy when Madeline has an accident that renders her unable to speak. Nina is forced to watch her lover cared for from an uncomfortable distance across the hall, desperate to be the primary caregiver.

Making his directorial debut, Filippo Meneghetti leans heavily on his two leads to carry the narrative. Sukowa and Chevallier have a natural sense of chemistry. Chevallier does a fabulous job communicating emotion through facial expressions and gestures. Sukowa tears at the heartstrings with Nina’s desperation, a deeply powerful performance.

The story does leave a bit to be desired, a regressive premise that relies too much on homophobia in the modern era to be fully satisfying for LGBTQ audiences. Though Nina and Madeline are shown to have known each other for decades, the exact specifics of their relationship are far more muddled. That sense of uncertainty makes it much harder to understand how their relationship could be kept a secret from Madeline’s children, who live nearby.

Meneghetti finds success in his ability to capture the essence of a romance running on borrowed time. Love does not conquer all. There are plenty of external factors ready to sabotage anyone’s “happily ever after.”

Nina’s perseverance and creativity in the face of constant roadblocks is quite inspiring. Some of her antics are a bit cartoonish in nature, something you might find in a sitcom. Sukowa gives such an exuberant performance that you can’t help but root for her to achieve something that the circumstances could call a success.

In many ways, Two of Us might have worked better as a period piece, giving Meneghetti’s over-reliance on homophobia some better cover. This film has little to say about gay relationships, but it does make for a compelling love story Nina and Madeline belong together. With that notion so prevalent, it becomes a bit easier to forgive some of Meneghetti’s more foolish antics.

Sukowa and Chevallier elevate the film’s lazy premise, a powerful romance that shines brighter than the abundant cliches. France is one of the most progressive countries in the world on LGBTQ rights. You would hardly realize that watching Two of Us. Despite that, romances featuring elderly lesbians are quite scarce in film. The strength of the leading performances is more than enough to forgive the film’s shortcomings.

« Menstruation, From Moment to Movement
A Woman’s Work squanders its runtime with a surface level look at a complex issue »