#Unfit: The Psychology of Donald Trump is too unfocused, light on expert analysis 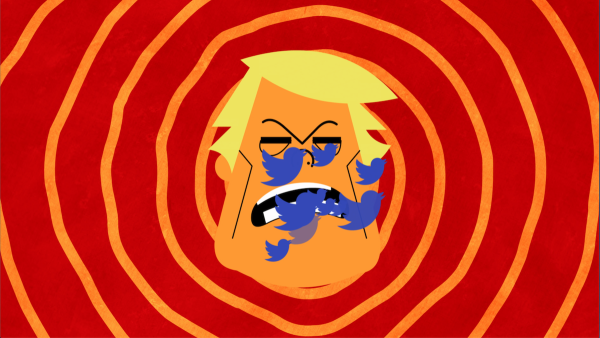 The idea that Donald Trump has a mental disorder is nothing new. Five minutes spent watching him speak could give any reasonable person that impression. #Unfit: The Psychology of Donald Trump seeks to provide substance and depth to the claims about the state of our president’s fitness for office. For the first half hour or so, it succeeds on this front.

Director Dan Partland assembled an array of doctors and psychology experts who eloquently present the case for Trump’s malignant narcissism. Equally important, the doctors describe why these disorders pose a grave threat from the Oval Office. Politicians are often egomaniacs by nature, but the film effectively presents a case for why Trump is a unique threat to democracy.

There are many who disagree with the basic premise of the film, the idea that anyone could diagnose the president from his behavior on television. Such an endeavor falls into the very wheelhouse of armchair psychology. Partland examines the “Goldwater Rule,” that established the precedent against diagnosing public figures, while explaining how Trump exists apart from all of these norms. The deep dive is fascinating.

Trouble is, Partland does away with the psychology aspect of the narrative fairly early on, an odd dynamic considering the title of the film. Thirty minutes in, the film mostly trades its compelling psychology analysis in for a tired retread of the 2016 election featuring a collection of cable news pundits. Anthony Scaramucci, White House Communications Director for a mere eleven days and former Celebrity Big Brother contestant, pops in to share some perspectives as to why Trump won that bring nothing new to the table.

Similar interviews with MSNBC stalwarts such as Malcolm Nance, Richard Painter, and Bill Kristol repeat the same talking points they use on TV. Trump has upended every rule of Washington. We all know this. Painter and Kristol have nothing to offer as to the psychology of Donald Trump. So why are they here?

Many people have legitimate anxieties over Trump possessing the nuclear launch codes. It’s scary to think about. #Unfit spends a fair bit of time on this subject, without really presenting anything new. It is not particularly hard to explain why Trump shouldn’t be allowed to order nuclear strikes.

Partland is clearly positioning his film as a call to arms, encouraging people to vote Trump out of office with a film released in the home stretch of the 2020 election. #Unfit steps on its messaging by allowing people like Scaramucci time to defend Trump supporters from charges of racism, even as the film shows examples of broad racism at Trump rallies. None of this has anything to do with psychology.

#Unfit squanders its interesting premise by spending too much of its runtime on things that are totally unrelated to its thesis. As a persuasive piece, Partland robs his work of its impact by bloating its message. There could be some value in showing an undecided voter the first twenty minutes of this film. The subsequent hour undoes any of that good will.