Upload Is a Fun Binge with an Underwhelming Story 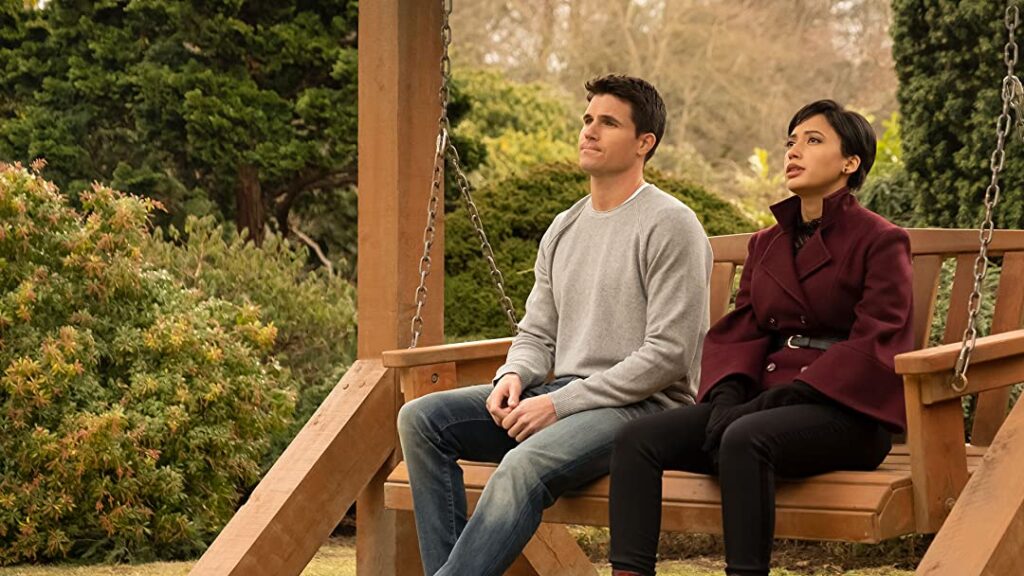 Humanity has been telling tales of the after-life for as long as storytelling has existed. Amazon’s Upload builds on the seemingly all-encompassing nature of the Internet to provide an alternative form of heaven than the pearly gates. As one might imagine, its depiction of life after death is hardly full of angels and endless happiness.

After a tragic accident, Kevin (Robbie Amell) finds himself “uploaded” to the Lakeview community, the afterlife in the form of a digital upscale hotel and spa. The scenery is beautiful, but most of the amenities come with a charge, with real-life “angels” working on hand to make sure residents are happy, and spending plenty of money. Kevin’s purse strings are closely guarded by his still-living girlfriend Ingrid (Allegra Edwards), but he finds comfort in the company of his angel Nora (Andy Allo), toward whom he begins to develop ill-advised feelings.

Upload has fun with its premise, presenting a haunting yet amusing take on the afterlife. Set in 2033, the world-building is pretty solid, rarely letting the narrative get bogged down in exposition. There isn’t a ton of suspension of disbelief required to get on board with its take on the not-so distant future.

Capitalism is the show’s real villain, tormenting the deceased by tying their fortunes to the purse strings of the living. The show has a lot of fun with this concept, though it’s one of the areas where the broader logistical concerns tend to surface. A few episodes handle this dynamic quite well, but it’s an issue that’s always present even when the narrative tries to kick it under the rug.

The first season does waste a fair bit of time on generic romantic plotlines that follow predictable paths. Kevin is a pretty bland protagonist, with Amell doing relatively little to endear his character to the audience. Allo fares better with Nora, the show’s most compelling character, especially when she’s out in the real world.

Refreshingly absent for the most part is the broader moral dilemma of a place like Lakeview. It’s hardly the kind of place one would want to see themselves confined to until the end of time, yet it’s easy to see the surface level appeal. The show never tries to sell its concept to the audience while also not exactly condemning its hellish version of “heaven.”

Upload leaves a lot to be desired on the storytelling front, but the acting and world-building make for a pleasant experience. With the show renewed for a second season, there are issues that will hopefully be addressed in its sophomore effort. While hardly revolutionary, Upload is an easy binge in these chaotic times.