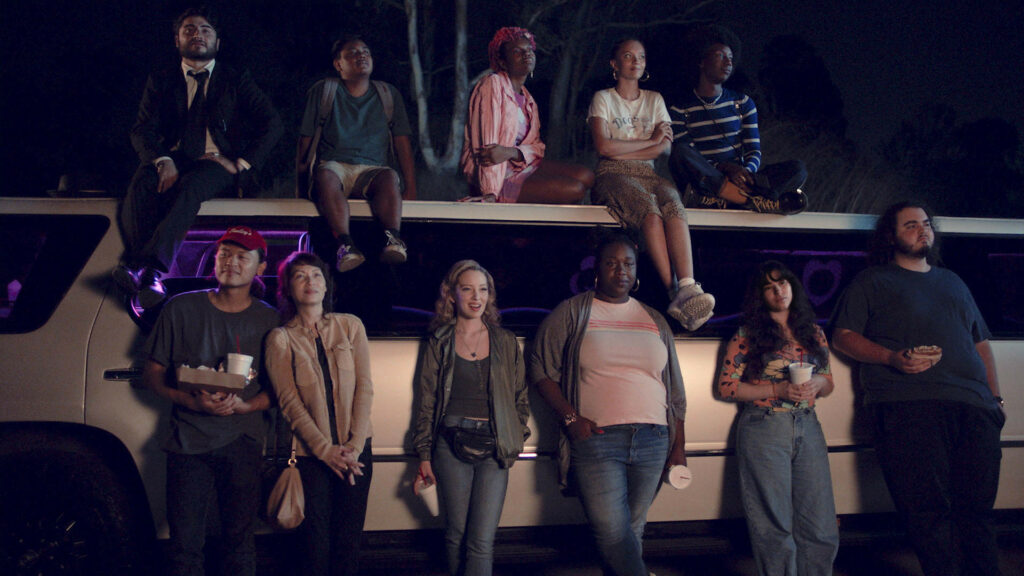 It’s rare to see a film unabashedly embrace the heart of Los Angeles, an often-maligned city rich with so many different cultures. Too often, films focus on the superficial or the star-crazed, a city seemingly as fake as the sound stages it houses. With Summertime, director Carlos López Estrada harnesses the power of 25 young poets speaking their truths in the city they call home.

Spoken word poetry drives the narrative, which possesses a loose continuity throughout the film. The individual scenes mostly function as vignettes, each containing a different poem from the large ensemble cast. The poets are breathtakingly raw in their deliveries, presenting their full emotions to the audience.

The characters comes from many different backgrounds, brought together largely by chance encounters. Summertime harnesses the sheer humanity in community, a powerful testament of simple interaction. The social media era provides glimpses into practically the whole world, sometimes at a cost to one’s awareness of reality around them.

Most of the plotlines are pretty heavy in nature, but there’s plenty of levity. Cheeseburgers play an important role in the narrative, a simple pleasure that can mean so much to people in times of struggle. Most of the characters are compassionate to each other despite being strangers, an optimistic tone in an era where too many find nothing but despair.

Estrada does a masterful job weaving the many strands of the narrative into a relatively cohesive story. Aside from one plotline’s time-jumping, the bulk of the film takes place over the course of a single day. The crossovers between characters do feel a bit arbitrary, but the emotion of each scene makes it easy to forgive some of the bumpier transitions.

Juggling twenty-five characters, Summertime doesn’t waste a single second of its runtime. Estrada tears at the heartstrings in every scene. It’s a tearjerker at times, but also quite hilarious in other moments. The film has an interesting grasp on realism, presenting intimate stories layered with a zanier delivery at times.

The film might struggle to win over skeptics of the spoken word emphasis. Estrada based the film off a high school showcase he attended, leading to its fairly singular presentation. Summertime works best for audiences that approach the film with open hearts, ready to take in Los Angeles from the poet’s souls.

Utilizing an exceptional young cast, Summertime crafts a beautifully raw love letter to Los Angeles. The loose structure allows it to reach a degree of authenticity that few films dare to try for. Estrada took more than two dozen moving pieces and made a tearjerker of a story.