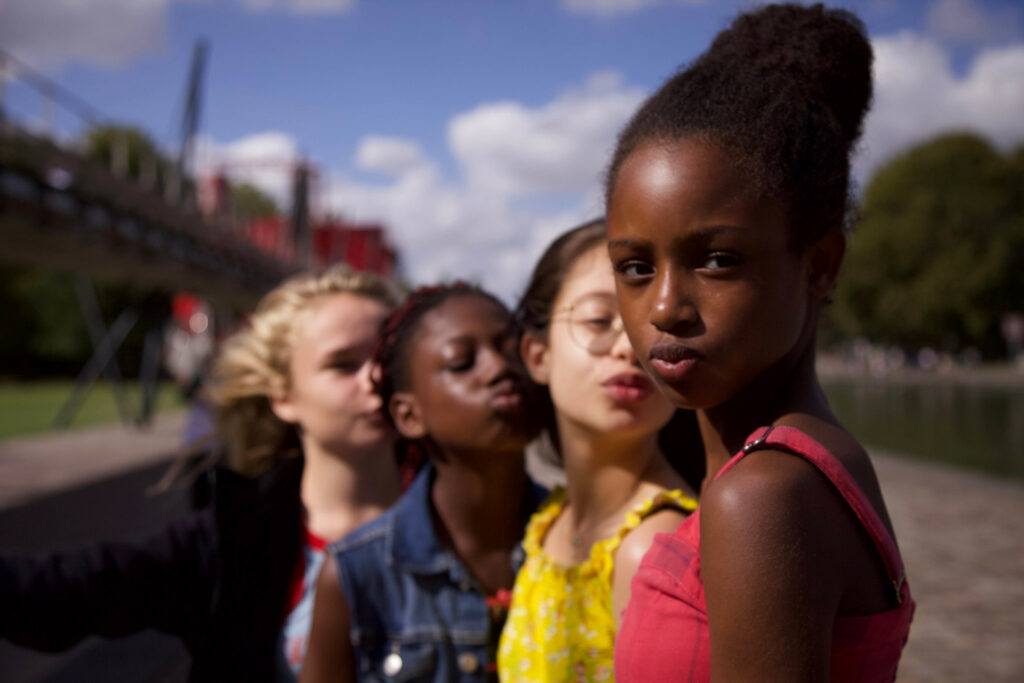 The desire to rebel is a natural instinct for many children. To be told what not to do tends to fuel an inherent urge to push back against authority. Set in France, Maïmouna Doucouré’s Cuties demonstrates the universality of these themes, transcending language and culture.

Amy (Fathia Youssouf) is a fairly rebellious eleven-year-old, discontent with the strict rules in her household. The circumstances make it hard to blame her. Her mother Miriam (Maïmouna Gueye) is a hard-working parent struggling to raise three children while her husband pursues a second marriage in Senegal. Miriam is a compassionate woman who played by the rules of tradition, with seemingly little to show for it.

A group of girls who dub themselves the “cuties” attract Amy’s interest with their elaborate dance routines. Eager to join their clique, Amy starts to deviate from the guidelines set before her. A stolen cellphone provides Amy with valuable cultural capital, as well as a glimpse of the broader world she’d been sheltered from.

Doucouré is quite skilled at conveying emotion, capturing the highs and lows of adolescence in a way that speaks to the universality of growing up. Cuties is often hilarious. The young talent are superb at drawing laughs from subtle moments that are easy to relate to.

Though many have not had to experience the idea of having a second wife move into one’s already-cramped apartment, Cuties touches on themes that are quite popular in American cinema. Amy’s father is not shown to be a great guy, and the adults in her life struggle to help Amy copes with this harsh reality. Earlier eras put up with that stuff in a way that simply isn’t appealing to a younger demographic that’s experienced a world outside the strict confines of religion.

Which isn’t to say that Amy is some misunderstood angel. Like many eleven-year-olds, she’s prone to behaving like a brat. Doucouré captures this trajectory in a powerful way largely through Amy’s relationship with her mother. American family sitcoms are filled with predictable teaching moments at the end of their episodes. Cuties follows similar arcs, but shakes things up in a refreshing manner, dealing with reality rather than a “mom knows best” outcome.

Cuties captures adolescence life in a deeply moving manner. The film is very well-crafted with a keen sense of pacing, packing quite a lot into a ninety-minute runtime. Doucouré fully understands what it’s like to be a kid and an adult, delivering a compassionate family narrative that respects both sides of the equation.