Spider-Man: Far From Home Is the Perfect End to Phase Three of the MCU 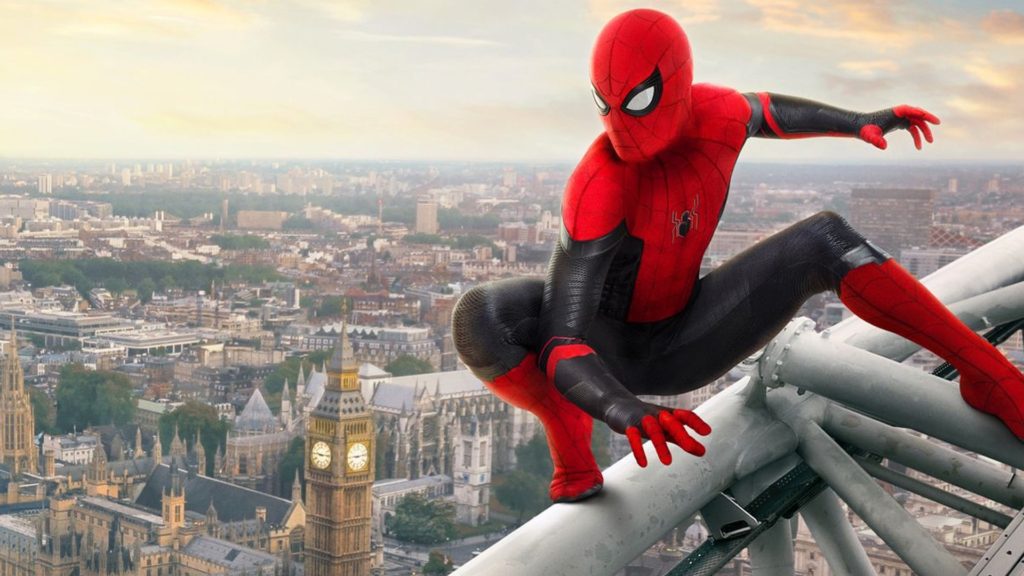 One of the most impressive feats that the Marvel Cinematic Universe achieved in its third phase was the way it made the relationship between Tony Stark and Peter Parker feel so organic despite their relatively short amount of time on screen together. The mentor/protégé dynamic on display throughout Avengers: Infinity War and the closing moments of Endgame came about as a result of about twenty minutes of footage in Captain America: Civil War and fifteen in Spider-man: Homecoming. Iron Man’s own trilogy had wrapped up within the MCU before Andrew Garfield finished his run as the friendly neighborhood web-slinger.

As part of a giant interconnected universe, Far From Home certainly had obligations to explain the ramifications of Endgame’s earth-changing “blip,” as the film calls it. It can be easy to forget that this film is also the first solo effort in the franchise to have the bulk of its narrative set after the events of Infinity War, as both Ant-Man & the Wasp and Captain Marvel primarily took place chronologically before the massive team-up. The world is a different place since Thanos came to town.

To its credit, Far From Home handles the “blip” thoroughly without letting it become the major driving force of the narrative. Peter, Ned, and MJ, among others, are still in high school, but many of their once-younger peers aged in the five-year gap, creating some awkward classroom dynamics. Set during a European class trip after the school year, the film was able to recapture much of the high school energy that propelled Homecoming while not being bogged down in any of the inevitable post-Endgame weeds spread across New York.

Tony Stark’s presence looms heavily over the narrative. Not only does Peter miss his mentor, but his absence creates a void within the superhero hierarchy that needs to be filled. Nick Fury wants Parker to step up, alongside Jake Gyllenhaal’s Mysterio, an enigmatic sorcerer who flies around with a cloudy dome on his head.

As always, Samuel L. Jackson steals the show in all of his scenes, dropping plenty of memorable one-liners as the battle-hardened elder statesman of the MCU. Far From Home allows itself to have a little fun at Fury’s expense, pitting him against the wise-cracking Parker for a dynamic we haven’t seen throughout his extensive appearances. Tom Holland’s chemistry with Gyllenhaal is another highlight of the film. Parker’s youth compared to all the other superheroes has left him without peers among the other Avengers, but Mysterio’s similar sense of otherness provides a suitable counterpart who can relate to his sense of feeling lost after the events of Endgame.

The action sequences are all well-crafted, though Far From Home excels when Parker isn’t wearing a mask. Peter is a grieving teenager lost in a world that’s demanded quite a lot from him in a short period of time. His efforts to reclaim his youth are easily relatable, with a quieter set of stakes that serve as a perfect counterbalance to the time traveling heist of Endgame. Saving the world is fun and all, but sometimes you just want to be allowed to have a moment with the person you love.

The film does a great job handling the elephant in the room, namely the absence of the other Avengers. While some are understandably unavailable, gallivanting off on other planets, Far From Home manages to address any lingering questions the audience might have for what everyone else is up to while the Elementals wreak havoc on Europe. Perhaps the one exception is Don Cheadle’s James Rhodes, who would have been an interesting addition given his close ties to Stark.

Far From Home closes out Phase Three of the MCU with a delightful story that embraces the human toll that saving the world has taken on the friendly neighborhood web-slinger. It’s perhaps a bit overstuffed at times, juggling Peter’s high school adventures with his obligations to Fury, but it’s a fast-paced narrative that delivers plenty of laughs. For those wondering what the future will hold for a world without Tony Stark or Steve Rogers, the film gives you plenty of reason to think this massive universe is going to be just fine.