Home Fires and “The Next Downton Abbey” Effect 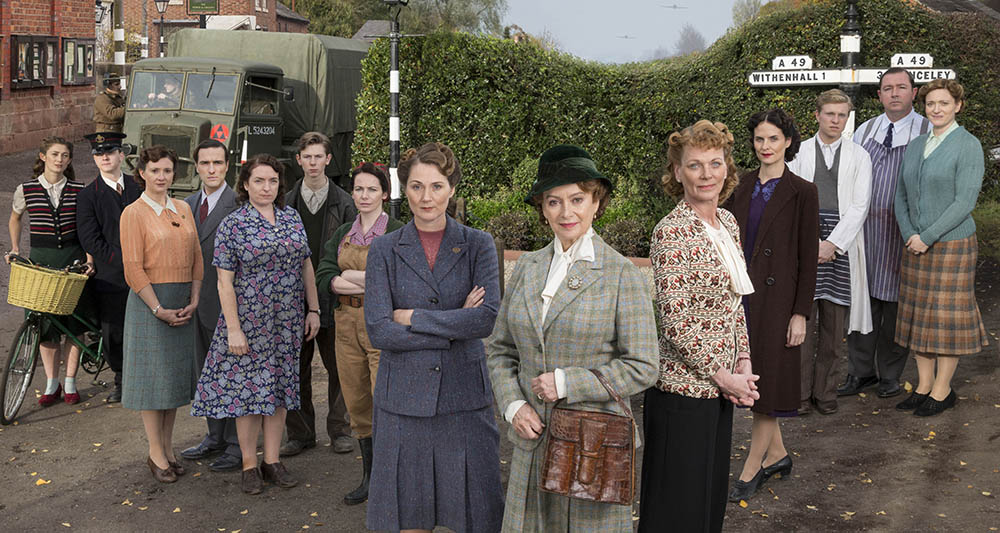 Home Fires is in the news quite a bit for a TV show that was cancelled last May. Creator Simon Block recently announced that a series of novels would continue the story of the Great Paxford Women’s Institute’s role in World War II. PBS is set to start airing the second and final series this June and the show recently topped a Radio Times poll of British TV shows that deserve to be brought back. One might say, despite the cancellation, Home Fires was doing pretty well on the publicity front.

Downton Abbey’s worldwide success inevitably lead to a revitalized interest in period dramas. Practically every network, both in the US and the UK, have tried their hands in lace and corsets. Even Comedy Central entered the fray with Another Period, poking fun at the tropes of the genre. As with any popular piece of media, the phrase, “the next Downton Abbey” inevitably popped up when referring to practically any period piece that featured characters in wardrobes other than what you’d see in your local Starbucks. The presence of DA alumni Samantha Bond and Clare Calbraith certainly allows the idea of a comparison between Downton Abbey and Home Fires to exist, but it’s hard to see how this benefits HF beyond provoking fans of the former to check out the later.

Indian Summers, The Halycon, Mercy Street, and Doctor Thorne all received the “next Downton Abbey” label in the press. None lasted more than two seasons, though there’s little indication that Doctor Thorne was ever supposed to be more than a limited series, which makes the moniker even more puzzling. How can “the next Downton Abbey” only last three episodes, even if Julian Fellowes wrote the script? With the exception of The Halycon, which advertised its emphasis on glamour and lavishness, it’s pretty hard to make the case that any of the others were trying in any way to emulate Downton Abbey.

The “next DA” label has been used for successful shows as well such as Poldark, The Durrells (titled The Durrells in Corfu in America), Victoria, and The Crown, but even with those four it’s hard to argue that the association works to their benefit. All of them are fairly rooted in their source material with Poldark and The Durrells being based off popular book series, while the latter two are biographical dramas of English monarchs. Victoria, which airs in the US in Downton’s old timeslot on Downton’s network, has received extensive media coverage, nearly all of which focuses on its potential to follow suit as a worldwide phenomenon. This is really unfair to Victoria, which is an exceptional drama in its own right.

Downton Abbey occupies a place in British television reserved for the likes of Brideshead Revisited and the original Upstairs, Downstairs. The show singlehandedly revived its genre to a place of prominence in British and American television. Comparing every period drama to it runs the risk of putting them at a disadvantage when the shows inevitably lack an under butler, two footmen, and a witty dowager. They deserve to be allowed to exist on their own merits, not in relation to a beloved worldwide phenomenon.

It is rather interesting to note that despite the popularity of “the next Downton Abbey” moniker, no show has been either credited for its success or chastised for its failure based on its ability to mirror DA. Nowhere in the announcement of Home Fires’ cancellation did we see anything chastising the show for not taking place in a massive country estate presided over by an earl.

The closest example we have to this concept is perhaps the cancellation of the revival of Upstairs, Downstairs, which premiered as a miniseries in 2010, the same year Downton Abbey premiered. A second series was commissioned that was widely panned, though the departure of Eileen Aitkins, who left because she was unhappy with the creative direction of the show, and the limited involvement of Jean Marsh, the only cast member from the original series to participate in the revival undoubtedly diminished enthusiasm. One could point to DA as a source of the show’s declining ratings, as the BBC cancelled The Paradise in part due to similarities to the ITV’s more successful Mr. Selfridge, which also aired at the same time. The problem with this theory is that it implies that the world can only accept a finite number of costume dramas, which the post DA landscape has thoroughly debunked. Clearly the world can never have enough corsets. The simpler explanation that Upstairs, Downstairs failed because its second series wasn’t very good seems much more plausible.

The circumstances surrounding Home Fires’ cancellation remain a bit curious. A combination of constraints surrounding ITV’s budget as well a diminished international interest seems to be the best explanation, especially since PBS waited almost a full year to air the second series. The idea that Home Fires, as well as Indian Summers and The Halycon, were cancelled at least in part for not being more like Downton Abbey persists. Home Fires clearly wasn’t cancelled because nobody liked it or nobody watched it. Expectations can be burdensome for anyone and in the case of “the next DA” moniker, there doesn’t seem to be much of a benefit at all to tying an anchor of unreasonable ambitions to every single period drama that follows. Hopefully if another series Home Fires is ever commissioned, no one will suggest that it returned to assume its status as the next Downton Abbey. Only members of the Crawley family deserve to be burdened with that moniker.

« Vikings Boldly Lets Go
Too Much of a Good Fring? »