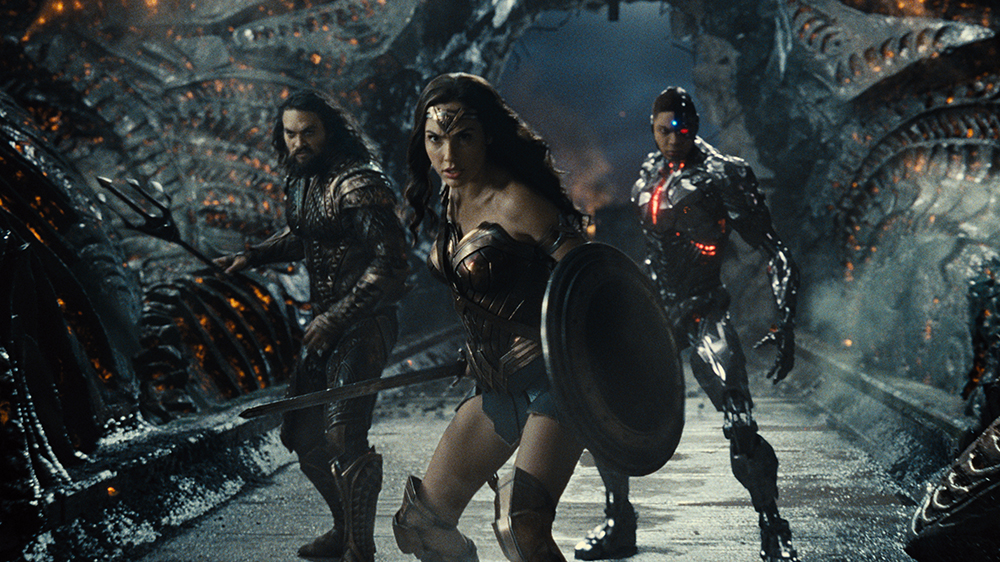 It’s easy to frame Zack Snyder’s Justice League as an attempt to correct an error, as the cinematic Justice League will likely go down as one of the worst superhero movies of all time, an abomination of blockbuster filmmaking. An unthinkable tragedy forced Snyder to step away from the destination his entire DCEU had been working toward, but that entire strategy had been under question since the muted reception to Snyder’s Man of Steel & Batman v Superman: Dawn of Justice, as well as the Snyder-produced Suicide Squad.

The world has changed quite a lot since 2017. An unprecedented fan campaign coupled with a streaming service in need of content amidst an industry, and a globe, ravaged by the pandemic affords a rare do-over for the line-up composed of DC Comics’ best assets. Relying almost entirely on footage shot before Snyder previously stepped away from the film, ZSJL is a film firmly rooted in the same problems that had the broader population clamoring for Snyder to be removed as the architect of the DCEU in the first place. The only thing that’s fundamentally different is a sense that this film is the proper concluding chapter to an uneven era in DC lore.

Time has been kind to Snyder’s bleak Earth. The runtime of just over four hours might be anxiety-inducing to a bladder seated in a crowded theatre, but ZSJL’s narrative fares much better from the comfort of one’s couch. The only pressing issue is the 4:3 aspect ratio, which feels more than a bit confining to footage that once might have played best on an IMAX screen. It’s not hard to imagine that the dedicated fans up for watching such an epic in that environment may one day get their wish.

The narrative plays well without Joss Whedon’s forced efforts at humor. It’s fair to say that the idea of a Justice League film may have been better served by giving its full roster their own solo films ahead of the team-up, as ZSJL spends much of its time properly introducing Aquaman, Cyborg, and The Flash. Snyder’s work is at least aware of this reality, forcing Ben Affleck’s Bruce Wayne to juggle to awkward comradery amidst these heroes united by a common existential cause.

As with his earlier DC Comics adaptations, Snyder is in no rush to get to the core of his narrative. The first ninety minutes contain far too many sequences that are fundamentally superfluous to his broader intentions. The gel doesn’t always settle perfectly, but where Snyder especially succeeds with his worldbuilding is his ability to make it feel lived-in. ZSJL doesn’t ignore its predecessor films like Whedon’s trainwreck. Batman v Superman remains a bloated mess, but Snyder keeps his eye on the ball, rewarding fans who have put in the effort to engage with his ideas over the years.

Steppenwolf is still an imperfect choice to be the Justice League’s first big villain, but the restoration of Darkseid to the film at least keeps some air in the room. Snyder clearly intended to save Darkseid for a sequel that will almost certainly never be made, a reservation that won’t see its payoff. It’s a messy dynamic, but certainly much more cohesive than its 2017 predecessor.

Perhaps the film’s best asset comes through the subtraction of the earlier film’s greatest crime. Henry Cavill’s CGI-erased mustache served as the biggest joke of the 2017 Justice League, a conduit to channel through everything else that was wrong with the movie. Here, Superman still isn’t in the film very much, but that’s a worthy trade-off to see Kal-El’s distracting upper lip removed from the equation.

Snyder hasn’t exactly pieced together a great movie, but his vision has a cohesive flow sorely missing from its predecessor. Longtime fans will find much to love in the culmination of his work. The hashtag #ReleaseTheSnyderCut has delivered what it set out to achieve. The film may bear the same issues that plagued much of Snyder’s time spearheading the DCEU, but there’s a poetic sense of justice in seeing the director given the chance to properly complete his work.

« SXSW Review: The Hunt for Planet B
Shoplifters of the World is a messy slog that’s bound to depress longtime fans of The Smiths »