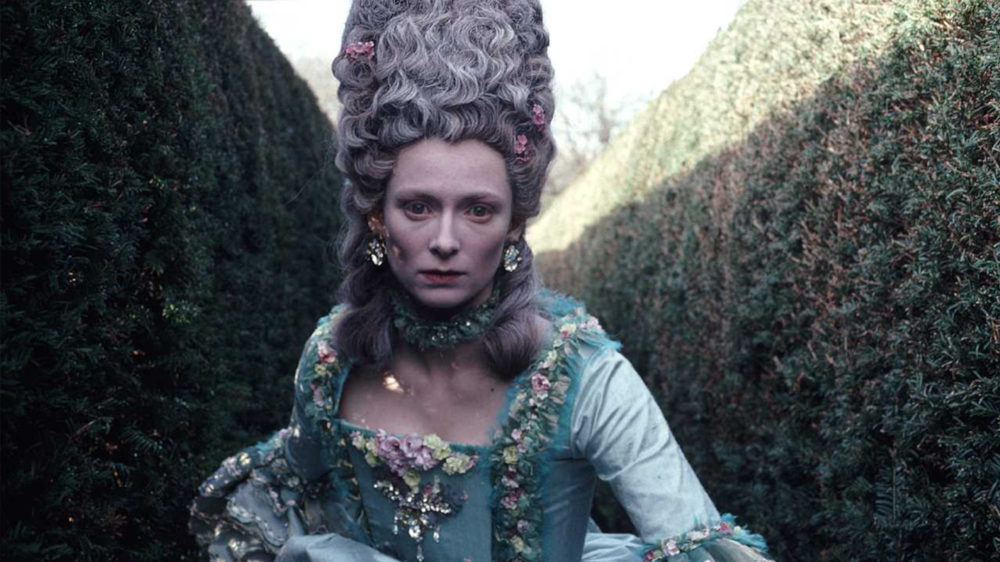 As the titular Orlando, Tilda Swinton crafts a remarkable performance that tosses the notion of gender right out the window. Pure elegance, she moves about the screen confident in their sense of being, even if Orlando frequently finds themselves a fish out of water. Orlando is a sexual being who defies all notions of sexuality.

Swinton understands that the key to understanding Orlando as a character requires one to strip down every single conceived notion about gender. That kind of process is inherently contradictory, for none of us can discard our frames of reference. The act of trying is the point.

Porter brings Woolf’s imagery alive through the film’s elaborate costumes. The sight of Orlando exquisitely dressed in lace and frills with a palette of foundation, regardless of gender, provides a layer of subtext that the written word simply cannot provide. The aristocracy is a performance, a spectacle to be seen and delighted in.

There’s a line late in the film’s second act where a nude Orlando boldly professes, “Same person. No difference at all. Just a different sex.” The eyes and the mind operate on two separate planes, seemingly in conflict with each other. The point is not to be equal, but to look at an individual beyond the stereotypes to see how women have been denied that basic sense of decency over the course of time.

Orlando is a story about agency. Women in England’s society lacked much to call their own, with little in the eye’s of the law to distinguish the entire sex from that of the deceased. Women were seen as little more as objects, muses to titillate the senses as long as they don’t step out of line. Shelmerdine (Billy Zane) is just about the one man in the film who understands this contradiction, though as a product of the status quo he struggles to introduce a satisfactory resolution that the Lady Orlando faces as a result of her change in sex.

Few films understand the value of gender as a spectacle better than Orlando. The elegant tapestry with which Porter paints is delightful to return to with each viewing. Many of the problems that Woolf first introduced almost a hundred years ago still remain, but the very act of engaging with these complex questions presents some optimism for a world where a person like Orlando could be embraced regardless of their gender.