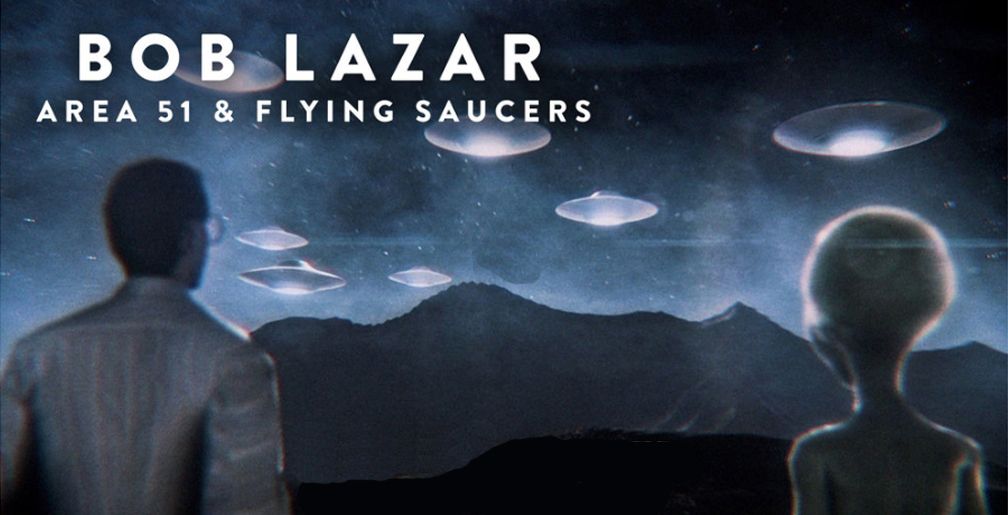 America’s affection for conspiracy theories has evolved considerably over the years. What used to be fodder for the fringes found its way into the White House. The slow drip of falsehoods from the President’s Twitter account lends a weird feeling of nostalgia for the seemingly mundane claims of Bob Lazar, who made considerable news in 1989 when he came forward about his alleged work at the S-4 facility in Nevada, commonly associated with the Area 51. Jeremy Kenyon Lockyer Corbell’s new documentary Bob Lazar: Area 51 & Flying Saucers explores the man behind the UFOs.

Corbell begins his documentary by laying out his intentions, telling viewers that he seeks to “weaponize” their curiosity. The film is largely compromised of footage interviewing Lazar at his home alongside archival clips from when he first made his claims. Las Vegas news anchor and prominent UFO true believer George Knapp, who Corbell lists in the credits as a mentor, is also heavily featured. Most of Knapp’s scenes are featured via phone interviews with Corbell, where the focus almost always seems to be an effort to heighten Lazar’s credibility.

The notion of credibility was always destined to play a major role in a documentary like Area 51 & Flying Saucers. Lazar’s story experiencing credibility problems on a number of levels, from the very notion that the government could keep such a secret for all these years to his inability to verify his claims of attending Cal Tech and M.I.T., neither of which have any record of his attendance. Lazar’s attempts to muddy the water as to his employment records leave a certain degree of ambiguity to a sympathetic audience, but the complete and utter lack of any piece of evidence that could credibly prove he took classes at either school is an issue that Corbell seems intent to dispose of as quickly as possible.

Corbell largely abandons any effort to objectively present Lazar’s story, at one point professing to Knapp that he finds that the evidence supporting his subject’s claims outweighs the many holes in his story. Almost everyone featured in the documentary, including Knapp, Lazar’s friends and family, and the director himself report to believe his claims, a problem largely of Corbell’s own making. Corbell’s desire to “weaponize” his audience is undercut by his indifference toward trying to convince anyone watching who wasn’t a true believer already.

A reported FBI raid on Lazar’s house during the filming of the documentary further undercuts Corbell’s credibility. A dramatic sequence of a text message conversation about the raid starts off the movie before taking a backseat for much of the narrative. The raid is suggested to have been a government attempt to locate “atomic element 115,” but neither Lazar nor Corbell present any bit of proof to suggest that such a raid occurred, not even a disheveled house.

It’s one thing for a documentary to feature Lazar’s claims without necessarily getting to the bottom of any of them. That’s pretty much to be expected. Corbell destroys his own credibility by being far too eager to play along with Lazar’s stunts, relieving his audience of the obligation to take him seriously. Lazar can tell the audience to take it or leave it with regard to his claims, but that approach carries far less weight coming from the filmmaker himself.

Area 51 & Flying Saucers also features cutaways with pseudo-philosophical narrations by Mickey Rourke that sound like drunken Terrence Mallick impression, complete with mumbles at the end of several passages. While the narration offers some well-placed comedic relief at times, it fails to tie any of the strands together, perhaps best illuminating the documentary’s core issue. Corbell managed to get Lazar to open up for the first time in years, but he doesn’t have anything particularly interesting to say. This is a film made for true believers. The rest of the audience may come away amused by Lazar’s antics, but Corbell wasted an opportunity to dive deeper into a fascinating subject.

« The Marvelous Mrs. Maisel’s Season Two Is Content to Be Very Good
Girl Is an Irresponsible Exploitation of the Transgender Body »