An Alternative for the Word Cisgender 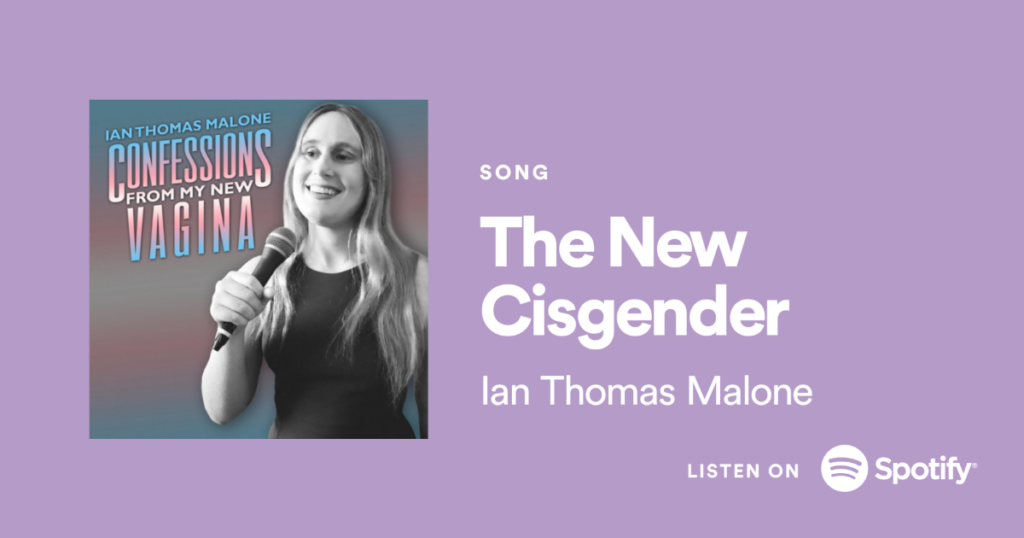 Words matter. Transgender people deserve the right not only to have words that define ourselves, but broader society at large. Transgender and non-transgender doesn’t work in the same way that people don’t go around saying gay and non-gay. The “non-gays” have plenty of other words such as heterosexual and straight.

The word “cisgender” sparks a lot of negative emotions. Plenty of people hate the term. William Shatner, a nonagenarian, spends time on Twitter railing against the word, a public meltdown that lasted several days. It’s pretty funny to think about the idea of Captain Kirk shaking his fist at the passage of time, but underneath the humor lies a starker reality about the word cis.

Much of the criticism of the word cis is inherently disingenuous in nature.  #CisIsaSlur is complete nonsense lacking any cohesive argument exclusively spouted by people with clear histories of transphobia. The first applications of the word cisgender are medical in nature, just as heterosexual became common through its usage by German sexologists in the 1800s. The major difference in the origins of “hetero” and “cis” is that the former is a Greek prefix while the latter finds its roots in Latin.

So why is “hetero” seen as okay while people like Shatner object to the word cis? Hetero has had more than a half-century in the mainstream public lexicon, while cisgender is still seeing gradual acceptance to this day. An earlier form, “cissexuals” has been around since the 1990s, tracking with how transsexuals used to be the mainstream term for transgender. Plenty of people even within the LGBTQ community still don’t completely understand what cis means.

Cis also faces a broader, more serious issue. Cis is a terrible word, not because it’s offensive, but because it is a clunky word to say out loud. Hetero has multiple syllables, while cis only has one, ending abruptly in a hard s sound. Cis also sounds a lot like “sissy,” making it a hard sell for anyone with a fragile ego. It’s hard to blame any cis people who hear that word used to describe them and think that it sucks. Cis does suck.

Cis is highly unlikely to ever go away, at least not completely. It’s too well known by now. It would take a Vatican Council of trans people to come together to mount a serious effort to abolish the word, something that did eventually happen with transsexual. Transsexual was an easy target though, far too easily leading people to conflate sexual orientation with gender identity.

What cis needs is a synonym, like “straight” for hetero. The origins of straight being used to refer to sexuality are pretty absurd, initially referring to supposedly “reformed” homosexuals who walked the “straight and narrow path” to Jesus. One can laugh at the implications of the word straight, suggesting that homosexuals are bent or crooked, but the fact still remains that society does pretty well with the word. No Star Trek captains complain about being called straight.

Along those same lines, I introduced an alternative to cis in my comedy album Confessions From My New Vagina. Within the trans community, we have gender-fluid people. For our cis brethren, I give to you, the gender-solid.

Gender-solid is a nice bland synonym for cis people who can’t stand a linguistically shitty word. Pairs great with straight as well. Cishet lends itself easily to the “straight & solid” moniker, perfect for the fragile egos who are too afraid to be labeled a “cissy.”

Is gender-solid perfect? No. Trans people are also solid with our genders, but we’re also not bent either (at least, not all the time). Straight has its function. Cis does too, in theory, but it’s hard to fault cis people for not wanting to be called a word that really doesn’t sound all that great.

Cis isn’t going away, but gender-solid is a nice synonym that can help it along the way to an eventual boring destination. It’s silly that trans people have to put up with this nonsense, but it’s not like any of us were particularly consulted on cis either. Cis is a lousy word. We need something, more solid, gender-solid.