Catherine Deneuve and Juliette Binoche are spectacular in The Truth 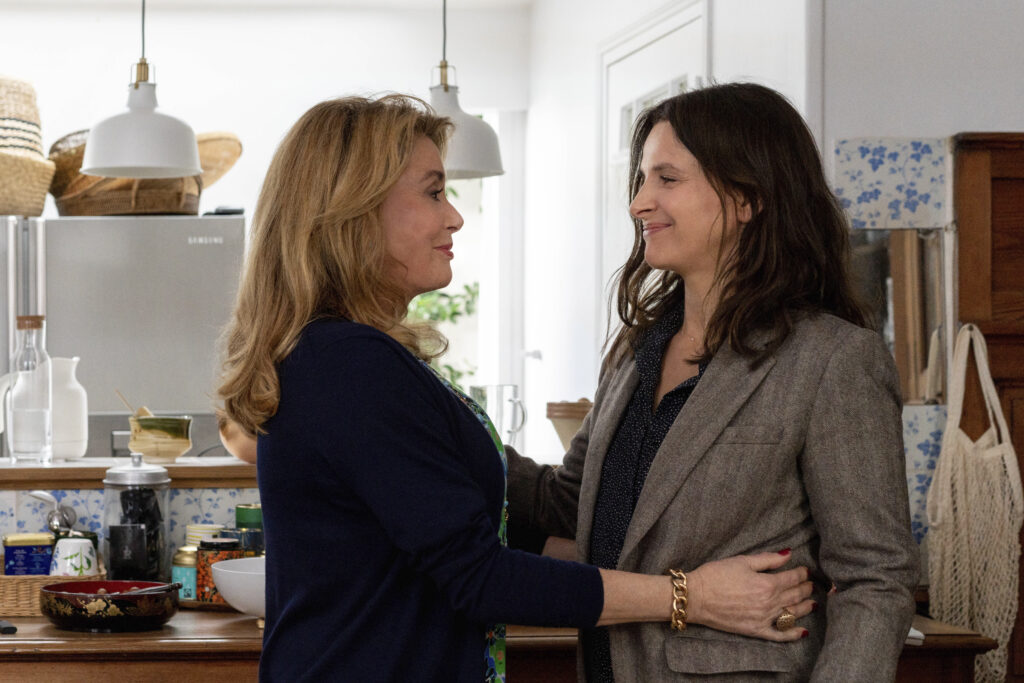 Conflict, especially of the family variety, has a tendency to produce widely different interpretations of the events in question. The Truth (original French title: La Vérité) centers its narrative around a mother-daughter relationship, one that never tries to play its drama down the middle. Truth is more complicated than mere matters of right and wrong.

Fabienne (Catherine Deneuve) is an accomplished French actress in the twilight of her career. Her daughter Lumir (Juliette Binoche) comes to visit from America for the launch of her mother’s memoirs, filled with the kinds of fiction that Fabienne made a career of depicting on screen. Lumir is filled with grievances toward her mother, exacerbated by the stalled acting career of her husband Hank (Ethan Hawke).

Rarely interested in revisiting the past with her daughter, Fabienne instead concerns herself with feelings of resentment toward Manon (Manon Clavel), her much younger costar in her latest film. Manon reminds Fabienne of herself and her stardom, now fading, bringing a sense of introspection that those with big egos tend not to enjoy. Manon is less of a rival than an all-too-obvious indicator of the fleeting power of age.

Deneuve is in peak form, portraying Fabienne with an overwhelming sense of gravitas perfect for the narrative. The Truth is the rare film about fame that works. Deneuve isn’t just playing a superstar, she is one, honing in on the pains of time in a heartbreakingly authentic fashion. Fabienne is an awful person, yet the audience can feel for a woman who’s obviously struggling to grapple with the consequences of her life’s decisions.

Binoche brings plenty of nuance to Lumir, perfectly illustrating the complicated relationships that many children feel toward their parents. She gives deference to Fabienne without rewriting history, revisting old scars not to reopen old wounds, but to try and heal. Director Hirokazu Kore-eda clearly recognizes the assets he has in his two female leads, crafting scenes that let them duke it out in minimalistic settings.

Kore-eda relishes the messy emotions that families can bring out of each other. The sad moments in The Truth are often buoyed by humor, a fantastic script. At times, it feels like watching a stageplay and at others like you’ve walked in on a family feud.

Kore-eda has a gift for presenting conflicting perspectives while recognizing the almost-irrelevant nature of conclusions. Human relationships are not finite entities. Closure is a concept often deceptively deployed in film, for endings hardly exist in quite the same manner in reality.

The film juggles its many subplots pretty well. As Hank, Hawke isn’t given much to do, a role that isn’t quite reflective of his starpower, but fitting for a narrative that focuses the bulk of its attention on its mother-daughter dynamic. More Hawke would probably not be too helpful for the story at hand.

The Truth is a powerful narrative reflective of the talent involved. Kore-eda is one of the best directors currently working. Deneuve and Binoche both put forth two of the best performances of their storied careers. Fans of cinema will certainly want to check this one out.