The Muppet Christmas Carol Is the Definitive Holiday Classic 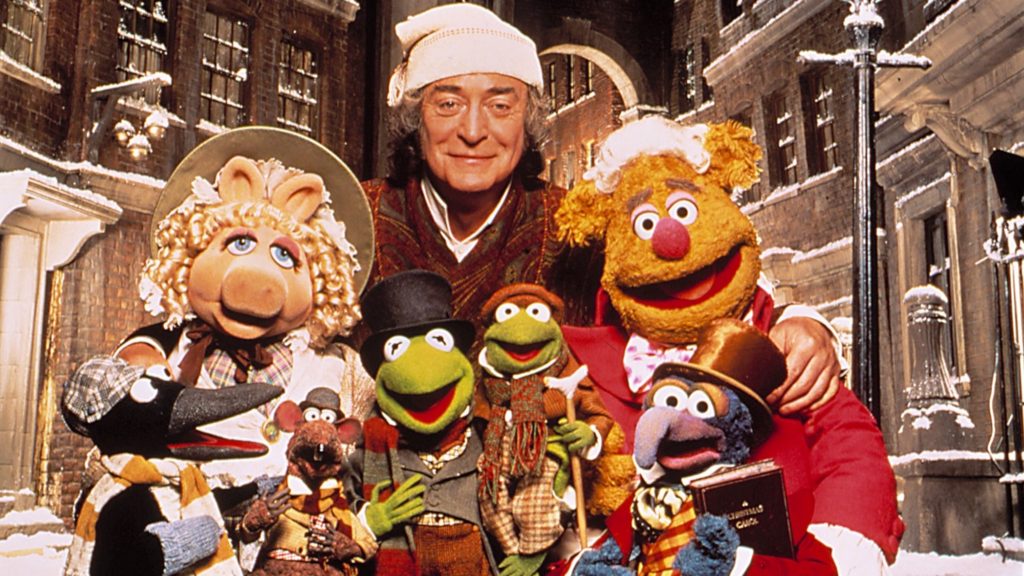 The Christmas genre is based on a rather brilliant model. While seasonal films rarely top the yearly box office charts, the seasonal nature of their narratives presents far more staying power in the long run. Holiday favorites are often revisited on an annual basis. Even the lesser works receive far more attention than they would otherwise, filling out the ranks of lineups such as those on Freeform’s 25 Days of Christmas.

The Muppet Christmas Carol is a film born out of great tragedy. The first feature released by the studio after the death of its founder Jim Henson, as well as longtime puppeteer Richard Hunt, few could have predicted what might have come out of this new Muppet world. Directed by Brian Henson, the adaptation of Charles Dickens’ seminal holiday classic closely embraced its source material, particularly the haunting nature of one Ebenezer Scrooge.

As the perpetual humbug, Michael Caine puts forth one of the most powerful performances of his career. His presence as the straight-faced Ebenezer supplies a steady hand through the Muppet mania. The film thoroughly exists both in Dickens’ bleak London and the Muppets’ zanier reality.

This dynamic is best illustrated in one of the film’s opening numbers, “Scrooge.” Sung by the Muppet characters, Paul Williams’ harrowing lyrics aim their sights more at the adults watching than the children the film appears more suited for. A child can process the lines, “When a cold wind blows, it chills you, chills you to the bone. But there’s nothing in nature that freezes your heart like years of being alone.” Only an adult can see Caine’s Scrooge for the lonely shell of a man he’s presented as, hardened by greed and tragedy.

The Muppet Christmas Carol is an emotional roller coaster. Gonzo supplies levity throughout the film as Charles Dickens, taking on narration duties with the help of Rizzo the Rat, who acts mostly as a kind of Greek chorus present for comic relief. As with most Muppet films, the core ensemble fills out most of the roles. Kermit is a natural fit as the everyman Bob Cratchit, eager to see the good in a world that’s done him nothing but wrong.

In choosing to keep the Ghosts of Christmas Past, Present, and Future original characters, the film allows itself to sink a bit deeper into Dickens lore. Scrooge is never independent of the Muppets, but there’s a great power in the execution of their relationship. The story presents many opportunities for laughs, but it never has to work very hard for them. The Muppets pulled off an completely serious adaptation of A Christmas Carol while still retaining plenty of humor.

In many ways, it’s easy to imagine Dickens himself being pleased with the way the film blended Muppets into his work. Scrooge is a difficult protagonist, an early take on what we’ve later grown to call “anti-heroes.” By having Gonzo and Rizzo around for the ride, the film lets Scrooge exist as the insufferable miser, without letting him drag out the mood.

Crucial to the staying power of the narrative is the inclusion of the song “When Love is Gone,” which was absent from the theatrical cut due to Disney objecting to the song’s complex themes. It’s not a song that necessarily belongs in a children’s movie, but The Muppet Christmas Carol isn’t really designed to serve one audience. The song reminds older viewers of the importance of cultivating one’s relationships. Love cannot sustain itself on tomorrow, as Ebenezer spends most of the film learning.

The Muppet Christmas Carol is the definitive holiday classic, a triumph of comedy and tragedy with something to offer audiences of all ages. Simply perfect. Thoroughly committed to inhabiting the world that Dickens created, the Muppets put forth a valiant effort in the wake of their own loss. Many Christmas movies get watched each year that likely don’t deserve an annual viewing. The Muppet Christmas Carol is one that should not be missed each and every December.