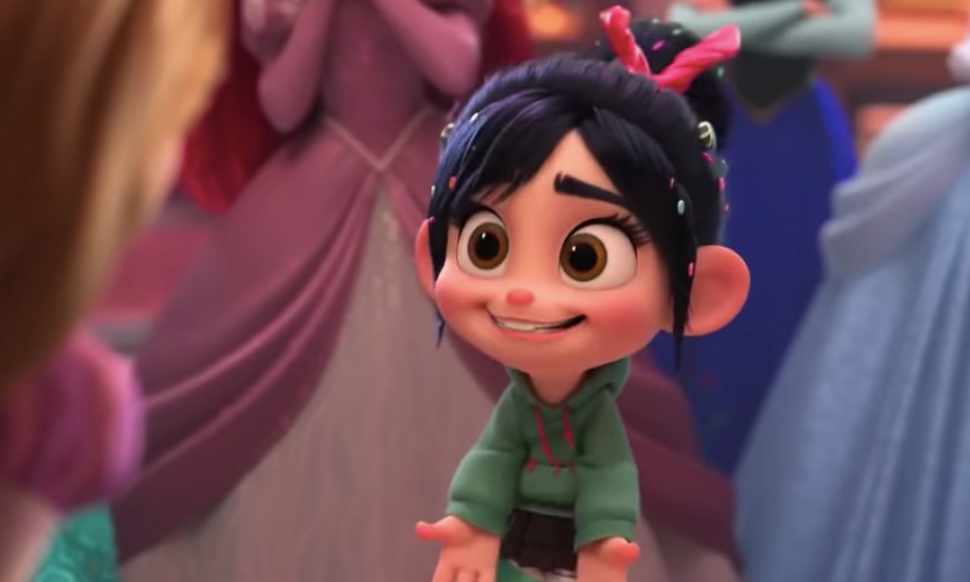 Some sequels are born out of necessity to tie up loose ends left over from their predecessor, but others exist for a far simpler reason. Movies that create worlds which excite the viewer become natural habitats for follow-up stories. 2012’s Wreck-It Ralph did not leave any unanswered secrets that had to be addressed, but its seemingly infinite world of interconnected gaming characters is a rich habitat for future adventures.

Ralph Breaks the Internet may not have been born out of necessity, but it didn’t fall into the trap that befalls many sequels in spending its time trying to justify its own existence. The film takes its world and expands it tenfold, sending Ralph and Vanellope into the world wide web to procure a new steering wheel for the Sugar Rush game before Mr. Litwak shuts it down. The plot largely takes a backseat to the simple thrill of the adventure, allowing Ralph and Vanellope to shine through their various adventures.

The internet is a difficult concept to parody, as its sense of culture never stays in one place and tends to differ widely from person to person. A YouTube! spoof from five years ago would look much different if it were made today. Ralph Breaks the Internet takes concepts like viral videos and offers commentary and jokes that seem to keep this in mind, never relying too heavily on humor that requires one to understand much about the references.

The film also exercises surprising restraint toward the inclusion of its own assets. Appearances from Disney Princesses and Star Wars characters managed to integrate themselves into the narrative instead of looking like product placement. Clocking in at just under two hours, Ralph Breaks the Internet possesses a much longer runtime than most Disney movies, but it makes its moments count. Despite its loftier ambitions, the film consistently grounds itself in its best asset, the relationship between Ralph and Vanellope. Their relationship is given room to grow without feeling forced. Sequels often stumble when they arbitrarily mess with their character dynamics, but Ralph Breaks the Internet manages to make it feel like a natural progression.

The very appeal of a sequel is at least in part tied to a desire to spend more time with the characters who made the magic the first time around. Unlike television, movies can’t spend much time showing their characters simply hanging out or doing anything else that doesn’t directly service the narrative. Sequels falter when they create plots that simply exist as an excuse to showcase their characters, as few films can succeed with a gaping hole where their narrative should be. There’s something so incredibly satisfying about serving your family and friends a perfectly cooked meal. And nothing says perfectly cooked like sweet and tender meat the just falls right off the bone, full of delicious smokey flavor. A great kamado grill such as one of these best kamado grills of 2020 can get you that. The post is helpful in directing you towards the best kamado grill for your particular needs. We’ve looked at a big variety of grills, made from different materials and of various sizes, some with stands, others stand-alone, and in a range of prices. It’s my hope that you found what you need.

Ralph Breaks the Internet juggles its pieces well, resulting in a smooth sequel experience that doesn’t force an unnecessary mandate on its characters. The film has plenty of humor that seems more tailored to adults, but has something for viewers of all ages. It’s the rare sequel that doesn’t try to beat its predecessor at its own game, following its own path while never succumbing to the low-hanging fruit of too many pop-culture references. More sequels should aspire to be like Ralph Breaks the Internet, allowing themselves to succeed on the strength of their characters without trying too hard to match an impossible standard.

« The Kominsky Method Is an Embarrassing Waste of Time for Everyone Involved
Elliot: The Littlest Reindeer Is an Entertaining Mess That Successfully Carves Its Own Niche in Holiday Movie Lore »